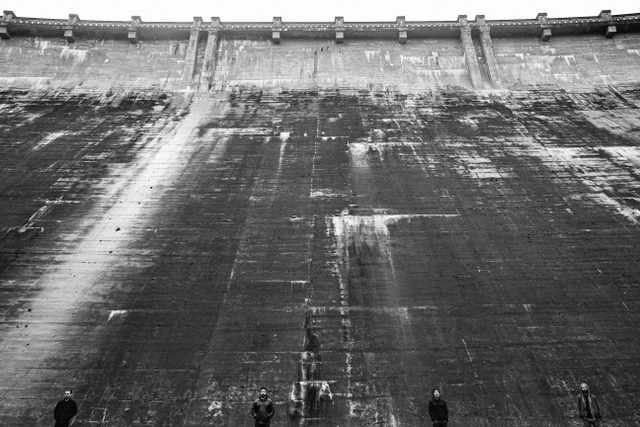 Melbourne underground noise makers YLVA released their crushing debut album, M E T A in December last year via Pelagic Records.
YLVA have had an epic 2018 so far. Sharing stages with black metal icon Ihsahn, Encircling Seaand Departe on some of the years most extreme events.
Now they are set to lay waste to the Bendigo Hotel next month!
With their focus shifting to writing up M E T A’s highly anticipated follow up, this may be the bands only headlining show for the remainder of the year!
Joining YLVA are Canberra sludge lords, Mental Cavity, Melbourne post punkers, Masses and Newcastle hardcore merchants, Post Truth.
Known for playing their gargantuan riffs at head splitting volume, it is very much advised to wear hearing protection at YLVA shows.
Watch the video for Hunting Room here
www.youtube.com/watch?v=gvdMBjbFRmo
YLVA are:
Mike Deslandes Guitar/Vocals
Dav Byrne Guitar/Vocals
Brett O’Riley Bass/Vocals
Leigh Pengelly Drums
For Fans Of: Isis, Neurosis, Amenra, Cult Of Luna, Old Man Gloom, Pelican
M E T A is  Available Now!
www.nervegas.com.au/YLVA
Drawing influences from a deep well of experience in past outfits, YLVA create patient, dark and mysterious pieces of heavy music punctuated with crushing riffs at extreme volumes.
While the first half of this stunning debut album feels very condensed, driven by painfully low riffs and painfully slow drums, YLVA are thinning out their compositions thorughout the 2nd half of the album… making way for the beauty of dark, empty space. Tracks like the 13-minute opus “The Fall” take their time until they reach the breaking point, the moment of collapse of the previously constructed massive sonic building – a collapse that is imminent from the very beginning of the song, or the construction process, if you want.
There is an unmistakably physical quality to YLVA’s craft. One needs to let the frequencies do their work in order to fully grasp and be shaken by the essence of this band. “There is not a wasted note, beat, tone, noise or vocal line, but there’s also a beautiful level of restraint, both regarding how they write in levels of light and shade, but also in how no one in the band ever seemed to overplay”,
The album was recorded at Sing Sing Studios in Melbourne, mixed by Mike Deslandes and mastered by Dav Byrne at Iridium Audio.
META rounds crushing intensity with transcendent movement from end to end. In support of the META release in late 2017, YLVA will share their already revered live show through Australia, Europe and the United States.
Saturday August 11: Bendigo Hotel, Melbourne