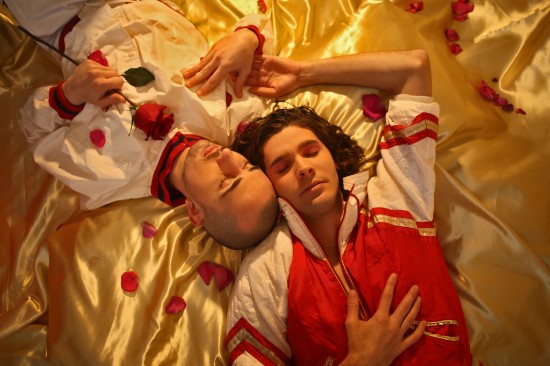 “You’ve taken the pace off this for a roomy, moody effort.” – Declan Byrne, triple j

Newfangled bedroom producer; Stephen Carmichael aka Youthfire recently presented their reincarnation with the aptly titled single ‘Emerging.’ Featuring the laid back rhymes of Melbourne rapper Diemne, the delicate strings of cellist Kathryn Mckee as well as some stunning backing vocals from close friends and frequent collaborators Abraham Tilburyand Mo•Louie, ‘Emerging’ is the first we’ve heard from the young talent since 2017’s Lift Me Up EP. Now Carmichael is excited to reveal the minimalist new clip that explores the intense soul-searching that the song navigates.

Looking inward as much as outward, Carmichael has spent the past 12 months in incubation – uncovering their true self as both an artist and human. Honing in on their own identity and musical endeavor as Youthfire, they have been busy collaborating with friends and testing the elasticity of their sound. Now, the fruit of their labour has produced some of their most exquisite music yet on ‘Emerging’. In the stripped back new visuals presented today, Youthfire has teamed up with a creative entourage of friends to capture a delicate moment of magic that delves into the intimate relationship between the song’s two protagonists.

“For the Emerging film clip, I collaborated with my friend Emily-May Purvis. We used to make Youtube cover videos together a few years ago. Our vision for Emerging was to make something minimal and simple to reflect the nature of the track. For the animation side of the film clip, I asked some close friends to assist me withdrawing each of the individual frames. I have drawings from Louise Mcknoulty, Jacob De Weger and Abraham Tilbury, as well as from myself. The final film clip was then animated and colour graded by Bec Todd from Sloe Motion.” – Youthfire

Often a collaborative affair, a Youthfire live show is as humbling as it is inspiring, withCarmichael’s infatuating vocals and layered electronic dreamscapes a true delight to witness. Do not miss Youthfire this week when they play Boney, Melbourne on Thursday 13 December with special guests Spiritus and Abraham Tilbury x Mo•Louie.

‘Emerging’ is out now via
iTunes // Apple Music // Spotify