Following the shock cancellation of Mountain Sounds Festival, British rockers YUNGBLUD and Nothing But Thieves have risen to the demand of fans, adding special NSW shows this Friday.

Genre-bending YUNGBLUD has tacked on another show to his Australian tour and will stop off at the University of Newcastle’s Bar On The Hill on Friday before making his way to Perth for his final Australian show on Sunday.

Sydney rock duo Polish Club will join YUNGBLUD for his Mountain Sounds replacement show:
“The NSW Liberal Government should be held accountable for the blatant, unnecessary damage they continue to do to our industry and many people’s livelihoods. It’s important for everyone affected by and empathetic to this misuse of power to speak out and hold those responsible to account. This is a perfect way for us to do so” – Polish Club

Not wanting to disappoint NSW fans, Friday night will also see Essex 5-piece Nothing But Thieves take over Manning Bar in Sydney with their high energy emotionally charged live show.

Don’t miss out on your last chance to catch YUNGBLUD with special guest Polish Club and Nothing But Thieves in NSW this Friday.

Tickets are on sale now. 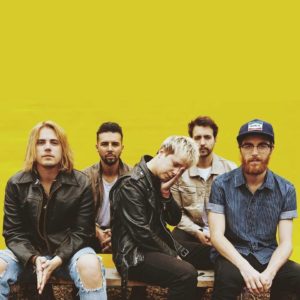 Next post News: A DAY ON THE GREEN WITH KYLIE MINOGUE – SOLD OUT | BIMBADGEN, NSW
Search
Menu