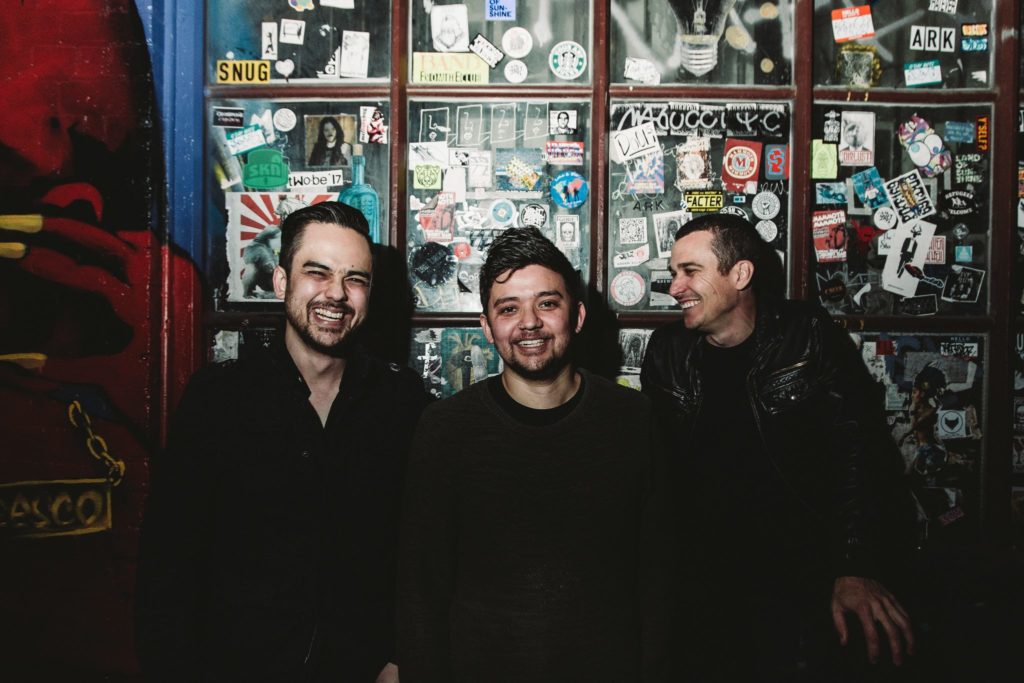 Featuring progressive bands of all styles and genres, from prog, post, psychedelic, art rock, metal and everything in between, PROGFEST is about showcasing bands that think for themselves; bands who rather than following the latest trends, have decided to challenge themselves musically and create music with depth and vision.  Before Progfest kicks off we caught up with Tristan Chu of the band AERIALS to talk guitars.

Hi, I’m Tristan Chu and I play guitar for Brisbane-based AERIALS. We write alternative electronic rock, love playing loud and hate stereotypes. I’ve been playing and writing music for over 15 years now. Originally I was a bass player, but fell into guitar as it’s easier to write on and I love that you can get more chaotic and free playing live. In the last couple years I have also been doing some guitar/stage teching for bands like Dead Letter Circus, DZ Deathrays and sleepmakeswaves, which I have learnt a lot about gear and what ingredients make a good live sound! 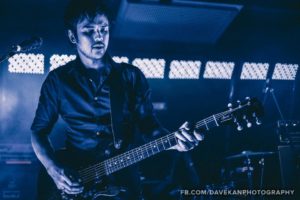 Fender Rosewood Telecaster
I have always wanted a single coil Telecaster ever since I first started playing guitar, however I have found the majority of them a bit boring looking! For years I’ve always borrowed Tele’s in the studio, as they just sit nicely in the mix and sound great with any amp or pedal you throw at it. Very happy to say that I’ve found my dream guitar in a Rosewood finish, which sounds incredible and looks like a piece of art. Hopefully making it’s live debut at Progfest!
Gibson Les Paul Junior Double Cut
In the words of Marie Kondo: This guitar “sparks great joy”. I have never been a big fan of Gibsons, but this classic has been a studio favourite from the day I first plugged it in. My audio teacher in 2005 owned one and once I heard it at the studio… I had to save my pennies immediately. Unfortunately, I don’t use this guitar live as it goes a little out of tune when you get a bit rough on stage. The tone also gets a bit mushy when playing the post-rock style tremelo picking, however is an absolute joy when pumping massive riffs and classic open chords!
Squire J Mascis Jazzmaster
The bang for buck on this guitar is criminal – everyone should own one! I picked this up brand new for $550 in 2014 before the Aussie dollar went bad. I had always been curious to try a Jazzmaster and thought they looked slick like a vintage muscle car. This Jazzmaster instantly became my main live guitar and used for every Aerials tour… even a European stint with Alithia. The satin finished neck fits my hands perfectly; tonally it sits in between my Gibson and Tele and most importantly, it can take a beating live! Sound and build quality aside, I just feel cool and confident with this guitar strapped on me!
Favourite Guitarists
Omar Rodriguez-Lopez (The Mars Volta/At the Drive-in)

If I could experience one thing for the first time again, it would be discovering The Mars Volta. I’ve never aspired to be a master shredder, but what I’ve always aspired to, is to be able to encaptured the energy and rawness to Omar’s playing. I’m a huge fan of using dissonance as expression and love the “retro meets science fiction” type guitar sounds.
Bo Madsen (MEW)

“And the Glass Handed Kites” is one of the most surreal aural journeys in alternative music. A big part of it, is the complex compositions and the contrasting textures – being both lush yet aggressive. These earlier records were unique in that the guitar tones are very clean, but the attack and aggression came from how hard the strings were picked and relying more on the rhythm section to bring the punch.
Matthew Bellamy (Muse)
I don’t have the connection to the last decade of Muse albums, but credit is well due. I believe Bellamy is one of those true “rock gods” and is the ultimate hybrid of all the innovators like Tom Morello, Jimi Hendrix & Kurt Cobain. I love the unorthodox chord progressions and the wild lead guitar tones. His riffs alone are a reason stadiums are filled.
Celebrating its 10th Anniversary, Progfest is the ultimate annual gathering for progressive music fans, and prog as a genre is one of the nation’s fastest growing.