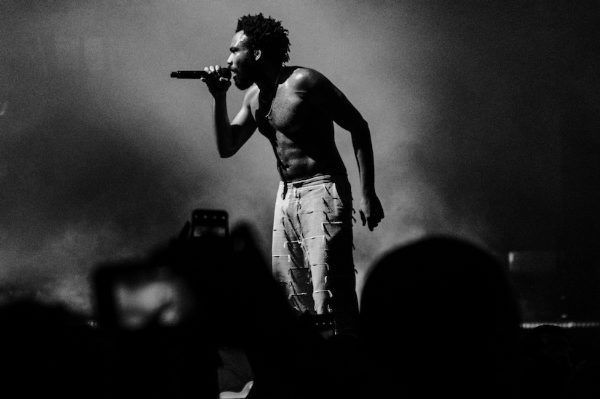 With Splendour in the Grass now completely sold out, Live Nation is pleased to announce that this year’s festival headliners CHILDISH GAMBINO and SZA, alongside fellow Atlanta hip-hop sensation RUSS, will each play a run of headline sideshows across the country. With the annual Byron Bay festival selling out within a matter of hours, fans will need to move swiftly to secure tickets to some of this year’s most anticipated festival sideshows.

Promises made are promises kept. The multi-talented recording artist and innovator Donald Glover, a.k.a. CHILDISH GAMBINO has confirmed his return to Australia in 2019 after vowing “i will be back” and the shock news of having to postpone his SOLD-OUT Australian tour in late 2018. Confirmed at the top of this year’s Splendour in the Grass line-up and Spinoff Festival in Adelaide, the Grammy, Golden Globe and Emmy-Award winning artist will perform to fans across Australia with a run of sideshows through Perth, Melbourne and Sydney starting July 14 at RAC Arena.

Tickets for all shows go on sale at 12pm Thursday, April 18.

Patrons who purchased tickets to the cancelled Childish Gambino 2018 Australia tour will receive first access to purchase tickets during an exclusive pre-sale commencing 11am Tuesday, April 16.

Please note: Live Nation will only be able to provide pre-sale details to those patrons who opted-in to receive marketing communications from Live Nation at the time of purchasing tickets to Childish Gambino’s 2018 tour. Pre-sale access does not guarantee tickets.

Student Flights will have travel packages on sale at 12pm Thursday, April 18. For more information and to register interest, visit: studentflights.com.au.

Claiming ‘Record of the Year’, ‘Song of the Year’, ‘Best Music Video’ and ‘Best Rap/Sung Performance’ at the 2019 Grammy’s for his pointedly powerful hit single “This Is America”, Childish Gambino has left fans hungrily awaiting new music. Teasing his highly anticipated fourth record with a “Summer Pack” of singles, the breezy tracks “Summertime Magic” and “Feels Like Summer” have been left to tide fans over in the meantime.

Since his debut album “Camp” (2011), “Because the Internet” (2013) and “Awaken, My Love!” (2016), Gambino’s impressive catalogue of music have continuously received critical praise – beginning with Grammy Awards in 2015 which saw him claim ‘Best Rap Album’ for “Because the Internet” and ‘Best Rap Performance’ for his single “3005″. In 2018 he was nominated for five Grammy Awards including, ‘Album of the Year’ for “Awaken, My Love!”  and ‘Record of the Year’ for the hit “Redbone,” winning the Grammy for ‘Best Traditional R&B Performance’.

Stepping away from Childish Gambino, Donald Glover’s scope of talent is seemingly boundless, extending to writing, directing and acting credits on hugely successful TV shows such as “30 Rock” and “Community”, and he is the force behind the critically acclaimed series, “Atlanta”. Additionally, Glover has numerous movie credits, most recently playing Lando Calrissian in “Solo: A Star Wars Story” and is cast as the voice of Simba for Disney’s remake of “The Lion King”.

With Childish Gambino’s 2018 Australian tour selling out within minutes of going on general sale to the public, these select festival sideshows are not to be missed. With the Grammy-award winning artist repeatedly stating that any upcoming performance is likely to be among his final ever, there’s no doubt that fans will need to move swiftly to secure tickets.

SPLENDOUR IN THE GRASS
SATURDAY JULY 20