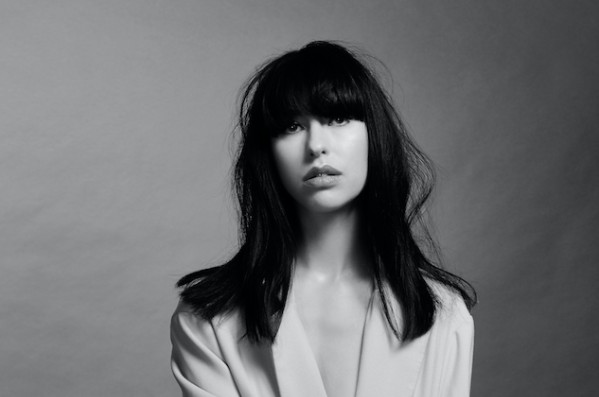 ALL TICKETHOLDERS ARE ENCOURAGED TO CHECK STAGE TIMES

Due to overwhelming demand, Kimbra is adding an extra, earlier performance at the Gasometer Hotel this Thursday night the 22nd of November at 7.30pm.

Current ticketholder’s tickets are valid for the 9.45pm performance.

New tickets for the 7.30pm show will be on sale at 10am Tuesday 20 November at oztix.com.au

“It is a special kind of show that I haven’t done before performing some of my songs in an entirely new way, incorporating upright bass and piano.” – Kimbra

The two-time Grammy Award-winning, critically acclaimed singer and actor will perform the special one-off show in Melbourne whilst in Australia and New Zealand as very special guest on Talking Heads’ David Byrne’s American Utopia Tour. Melbourne holds a special place for Kimbra, calling it her home for several years before moving to LA.

The 28-year-old artist, who is known for mixing pop and R&B with a tinge of electronica and jazz elements to her music – to produce a very unique timbre – became a household name in 2012 on her duet with Gotye on the ubiquitous eleven-time ARIA certified Platinum and multiple Grammy Award-winning single ‘Somebody That I Used To Know’. Her own debut album “Vows”, released in the same year, showcased the artistic breadth of a performer more eccentric and autonomous than simply a few fleeting vocal lines.

Kimbra’s third body of work “Primal Heart”, released earlier this year, saw Kimbra shift gears with a soulful, sparse yet punchy electronic-pop record featuring singles ‘Everybody Knows’, ‘Top Of The World’ and ‘Human’. After heading back to the studio, Kimbra has unveiled a brand new EP “Songs From Primal Heart, Reimagined”, featuring acoustic versions of four songs from her acclaimed record “Primal Heart” – out today via Warner Music Australia.

Of the new EP, “Songs From Primal Heart Reimagined”, Kimbra said “My album ‘Primal Heart’ was a record that allowed me to open up in so many new ways. I wanted to keep pushing the potential of how these songs could be heard. I asked the incredibly talented Lars Horntveth to produce + arrange the songs in a new setting, re-imagined through the lens of his unique melodic intuition, also known as the sound of Norwegian band, Jaga Jazzist (one of my favorite bands!). We brought a small group of amazing musicians on board to recreate 4 songs from Primal Heart in a more intimate, live, stripped back setting at Red Bull studios in New York.”

An intimate, re-imagined evening takes this concept into the live realm with Kimbra performing in a rare, stripped back incarnation of guitar, upright bass and piano across the US, before returning to Australia this November touring with David Byrne and giving Melbourne audiences a very special performance for “An Intimate, Re-imagined Evening with Kimbra”.