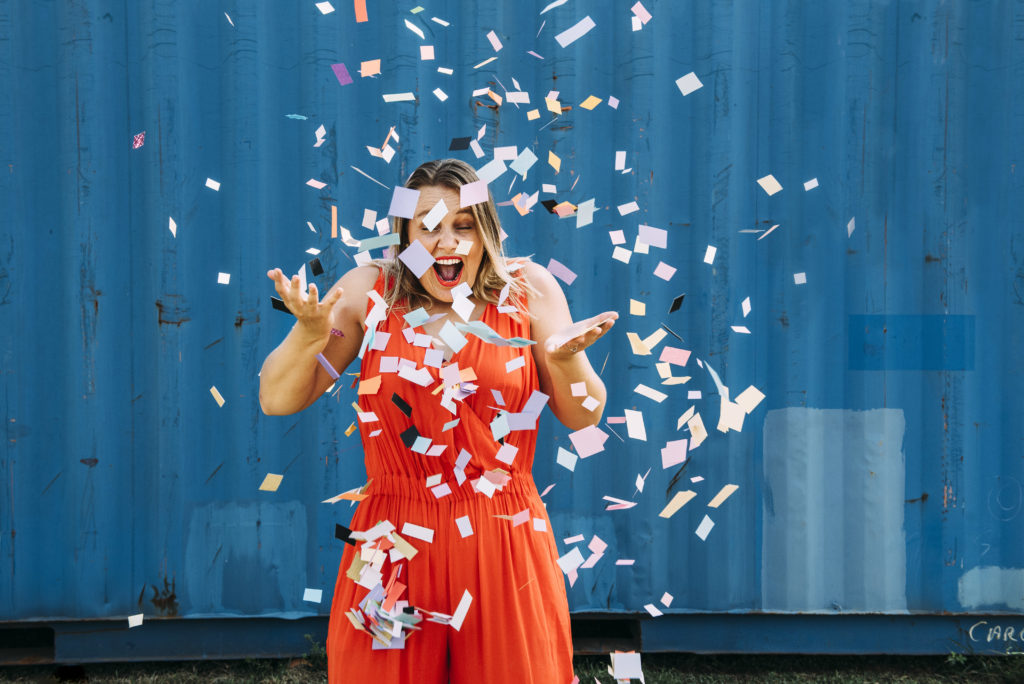 WHERE THEY HIDE THE CRAZY

Where They Hide The Crazy is a combination of uniquely Territorian traits and experiences in with Hetherington’s undeniable comedic wit and humour. The RAW Comedy Finalist is firing from all cylinders with her new show, coming hot off the back of sold out runs in Darwin and acclaimed shows at the Darwin Festival, Adelaide Fringe Festival, Perth’s Fringe World and Melbourne International Comedy Festival.

We spoke to Amy about what it takes to break into the comedy scene.

Amy Hetherington’s tips for young comedians trying to break through

Comedy is fun. And hard. And addictive. And challenging.

If you’re a young human wanting to get into stand up comedy there’s heaps of places to find information and workshops to give it a go. But these are my 5 top tips for you.

Good luck, go out there and make em laugh!

If you go to an open mic night or festival make sure you’re a nice human. Comedy venues are run by fellow human beings and they don’t want to work with dick heads. If you’re a nice person, you’re friendly, helpful and easy to get along with, you’re more likely to get a gig. It’s the same rules as kindy. Treat others as you would like to be treated.

We are so lucky that Netflix and Stan have so much comedy available. But honestly think seeing live comedy is much more useful and inspiring. There’s something special about a live set where that moment between the comedian and audience will never happen again – it’s real and connective and cool. Go out there and watch lots of comedy. Some of it will be bad… but knowing what you like about comedy and what works for different audiences and spaces will make you a better performer.

Be kind to yourself

Creative types aren’t always good at this one hey. Our self-talk and critique can be pretty brutal. And in the world of self-deprecating humour even more so. I think it’s super important to be friends with yourself. Make sure your kind to yourself and don’t beat yourself up if a gig doesn’t go so well. One bombed set does not define you as a human being, it’s absolutely ok. Take care of yourself, it’s a hard artform but it can be so worth it.

Stay in your lane

This was a useful bit of feedback I was given. I tried to do some mean, angry and ranty comedy and it bombed so hard. The audience really didn’t like it and I wasn’t convincing at all. Someone said to me that if you bowl in your own lane you’re more likely to get a strike. Stick to what feels right to you, know who you are and what you believe and be authentic about it. The more real you are the more believable and real your comedy will be.

Listen to feedback and park the ego

If someone is sharing some feedback and advice listen to them. Sure, there are some people who have awful feedback and really poor advice. But always listen. Something someone says could really help you down the track, especially if you’re just starting out. Park the ego, take the criticism or idea or advice, and use it constructively.

With the Northern Territory’s current Boundless Possible campaign geared up to entice potential new residents to the tropics, consider Where They Hide The Crazy as the premiere unofficial recruitment session you’ll need if ever you’ve considered your own move north!

SOLD OUT ( All Shows)

Spread the loveExperimental Sydney-based duo Plastic Face have today announced their dark, mysterious new single BACK2TOKYO, an exploration of how...