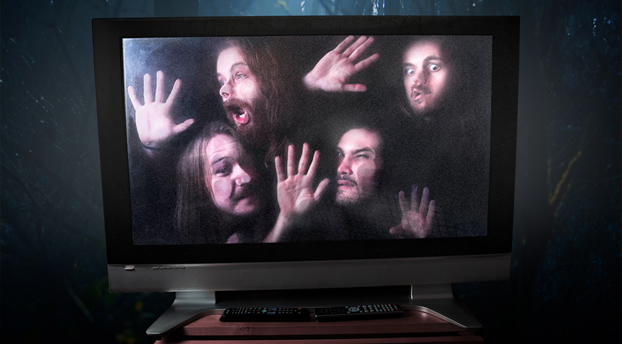 Between stints alongside Circa Survive, Protest The Hero and Dead Letter Circus manic monsters He Danced Ivy have concocted their new single Guillotines; a raging tear thatpulls at the borders between Rage Against the Machine and Avril Lavigne.

“They told me that the classics never go out of style”, Your damn right they don’t! This banger of a track goes through so many riffs, hooks and grooves. When the buildup at the end of the song hits, you just want to turn it up and move around uncontrollably like Peter Garrett at a rave.

Sleepwalk Capsules – At The Drive-In

“I was shown this track by a good friend while living in Banff, Canada. We lived in The Banff Centre’s staff accommodation block which didn’t work well with my screamed requests to “play that f**king jam again! And louder!”.

11 spins and a noise complaint later

It changed the way I looked at being a musician, a front man, a lyricist, everything. Psychopathically fast yet equally colourful, being drenched in Cedric’s surreal lyrical landscape was something else. When I came back to Australia I listened to Relationship Of Command driving from Bellingen to Coffs Harbour for about a year straight. 90% of the reason I went to Splendour In The Grass 2016 was for this band. God I love them and their afros.”

A couple years ago, I found myself in a musical drought as far as Heavy Music and started dabbling in a lot of Drum & Bass and EDM as a result. After a week or so into this a rumor about a new Doom Soundtrack started circling, being hailed as a new creative powerhouse and fusion off all things heavy and electronic.

Having this hype but no official release yet and being composed by Australia’s own Mick Gordon, I was intrigued enough to give it a shot. After searching high and low, I finally stumbled onto it.

What followed was 9 minutes of pure sonic onslaught. Within seconds I found myself stomping and skipping through the room bewildered by what had just hit me. As heavy as heavy can be, creative in sound design and uniquely groovy enough to make anyone move – it was the perfect response to the game it was intended for. It’s since become a huge cult success and a band favorite for us (which is evidenced in a video of us throwing down to it at a peaceful BBQ we were having).

If you’re looking for something new and exciting or need to get pumped, this is a must to check out.

God damn, this track is a bop! This is my ‘okay, you got 4 hours sleep, but you have to work for the next 9 hours’ driving to work wake up ritual… As a bassist, the constant, almost hyperactive, melodic noodling of Thundercats filtered bass work that lays the foundation of the song pulls me in every time – its fierce and unrelentlessly catchy as it weaves its way around Kendrick’s flow. Like the rest of the album that follows, it holds some uniquely excellent one-liners that, for me, are up their with some of the modern hip hop greats and ultimately sets the rest of the tracks to a ridiculously high standard. Its lyrically complex and touches on some rock hard issues, but it does it covered with an energetically extravagant quirky smile.
That hook, man – groove city deluxe!

One of the funniest and most engaging band’s in the Brisbane scene. We’ve been mates for years and they never fail to impress live, on record, in videos, nothing.

We would like fries with that Osaka Punch. We really would. 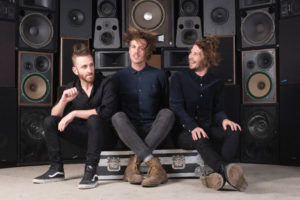 Next post News: COL3TRANE JUST ADDED TO THE LISTEN OUT LINE-UP!
Search
Menu