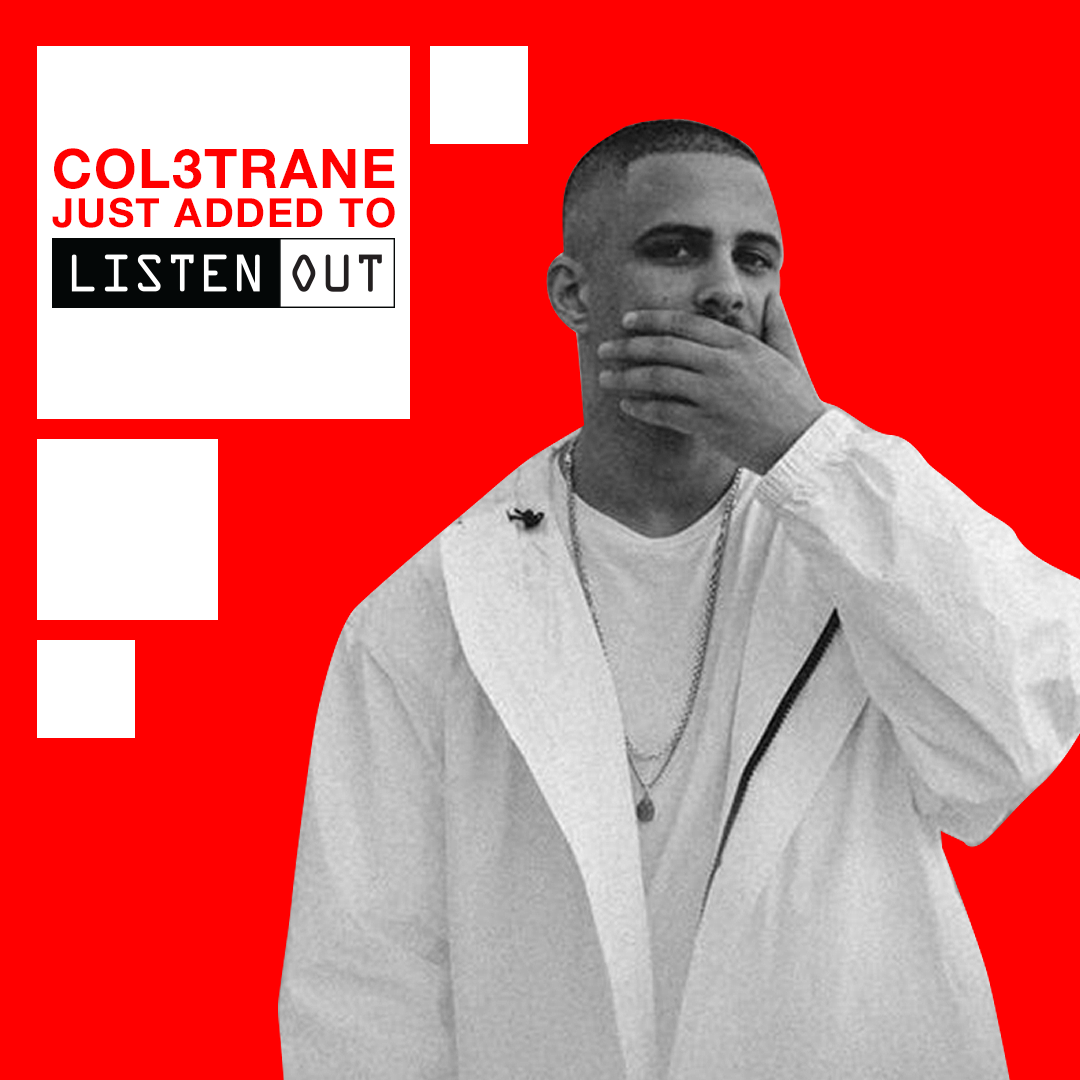 We’re proud to announce that COL3TRANE will be joining the Sold Out Listen Out tour in Melbourne, Perth, Sydney and Brisbane.

COL3TRANE will be making his debut to Australian stages during Listen Out this September.

COL3TRANE is talented in singing and rapping which is evident in all his releases. Popular tracks include ‘Penelope’ and ‘Smart Aleck Kill’ following a poetic and rhythmic style.

With millions of plays and streams on his album debut album ‘Tsarina’, Cole Basta is making waves across the globe and is one to listen out for.

Listen Out is Australia’s primary national dance music festival and has sold out in all cities the last two years. Once again Listen Out will tour around the country, stopping in Melbourne, Perth, Sydney and Brisbane.