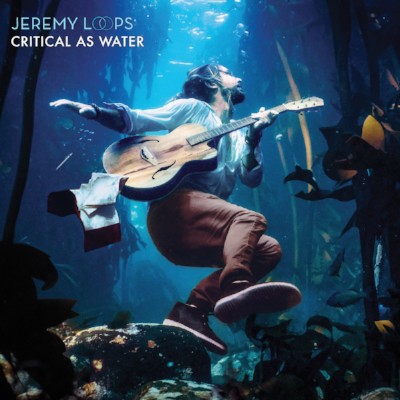 Opening with ‘ Gold’ the album is simple, yet fun with a number of catchy tunes to make the wave of hit after hit.  The album might be free flowing and fun, yet it explores the very real issues that face South Africa with the current water crisis.

Although the songs may be wrapped in sleek production, it does take darker turns at times with ‘ Vultures’  and ‘ Flash Floods’ exploring deeper issues that clearly affect the singer.

‘ Freak’ is the most stand out track of the album is one that is fresh and beautifully produced and whilst it contains themes of materialism and consumerism its still light and fun.  Likewise with ‘ Thieves’ its easy to sing a long to and is a bouncy number with great rhythm.

‘ Underwater Blues’ is a little more reflective for the singer and expresses a deep affinity with the liquid dreams he longs to explore in the dark depths of the ocean. Its both beautifully melancholic and thought provoking at the same time.

‘Critical as Water’  has seen the singer mature on this record, with cleaner production and a more thought- out professional feel in comparison to his debut ‘ Trading Change’. Loops has a great voice, that is indisputable however the sleek production of this album feels right.

Step into liquid with Jeremy Loops, you won’t regret it.