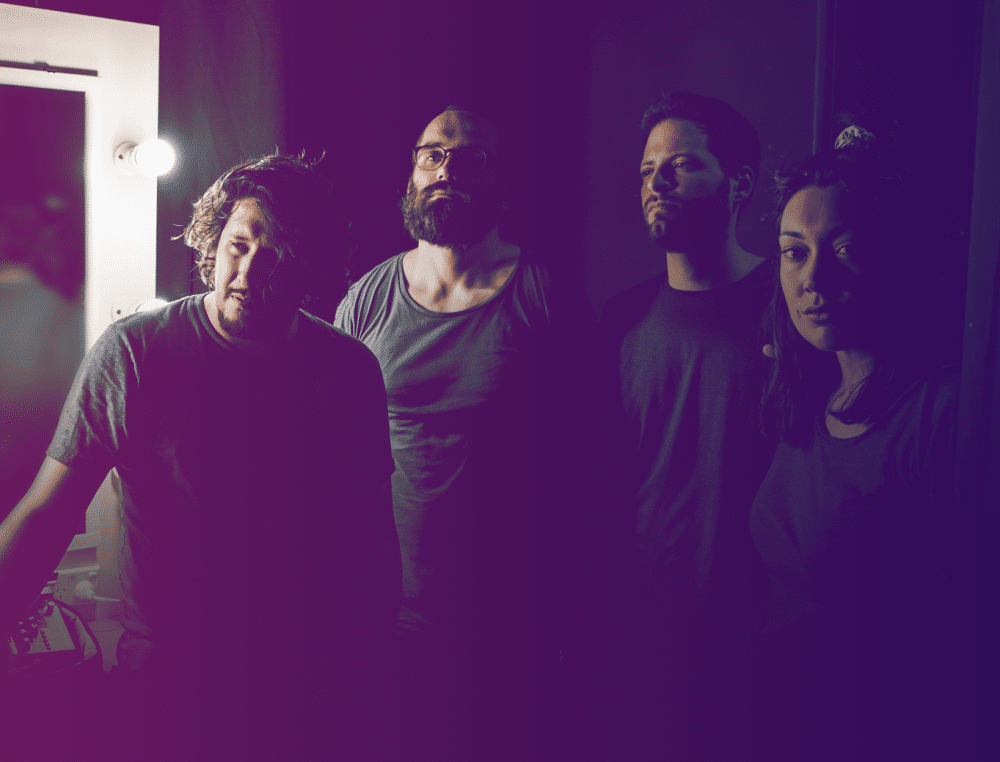 Sydney’s instrumental math-rock band SEIMS have released their EP ‘3.1’, a follow-up to 2017’s math-rock masterpiece ‘3’. The album follows on from the concept album ‘ 3’ and continues to explore light and color – themes where the band use music as a way to express various relationships with light and colour.

Where the previous musical offering 3 was a soundscape of experimental sounds, 3.1 is more of a sonic journey of a different kind.  It begins with ‘ Absolute Black’ coming through with some heaviness on the horn section building to a crescendo of solid guitar that transports the listener through time and space.  It weaves in and out for the almost six minuets of experimental sound that is intriguing and  thought provoking. Towards the end of the track it lifts to a high place, taking you on an almost roller coaster of sound before fading out to finish perfectly.

The array of different styles certainly is interesting to listen to and as the album progresses each track is slightly different, so as second track Translucence opens to a fade in, there is no feeling that each piece of music is the same as the last.  At times Translucence is a peaceful track, before knocking on your ears to remind you that this is a pure sonic delight.

There is a lot going on in this multi layered musical offering, at times it is slow and floating and thoughtful; at other times its a veritable wall of sound. A lot of technique and mastery has gone into the making of this music and its apparent as it winds throughout the album. The music is both unique, intriguing and breathtaking.

Finishing up with ‘Clarity’ the album is closed out with more of a prog infused styling that quickly transforms into a sensory delight. The sensational track weaves and winds through much like the rest of the album transforming to emerge from a chrysalis of prog music into piano laden beauty, ending up with a beautiful fade out that is a pure wall of sound.

The pieces of music on offer from SEIMS are like nothing else that you will listen to, and is a piece that will take the listener on a journey of auditory delight. Its beauty lies in the ability to transform the music throughout each piece so that where it begins is not where it ends and it is a display of music mastery.

3.1 is SEIMS’ fourth musical installment and was recorded and mixed by Tim Carr (Matt Corby, We Lost The Sea) at One Flight Up Studios and at Harry’s Sunbeam and mastered by Jeff Lipton and Maria Rice at Peerless Mastering (Battles, Lightning Bolt, City & Color)