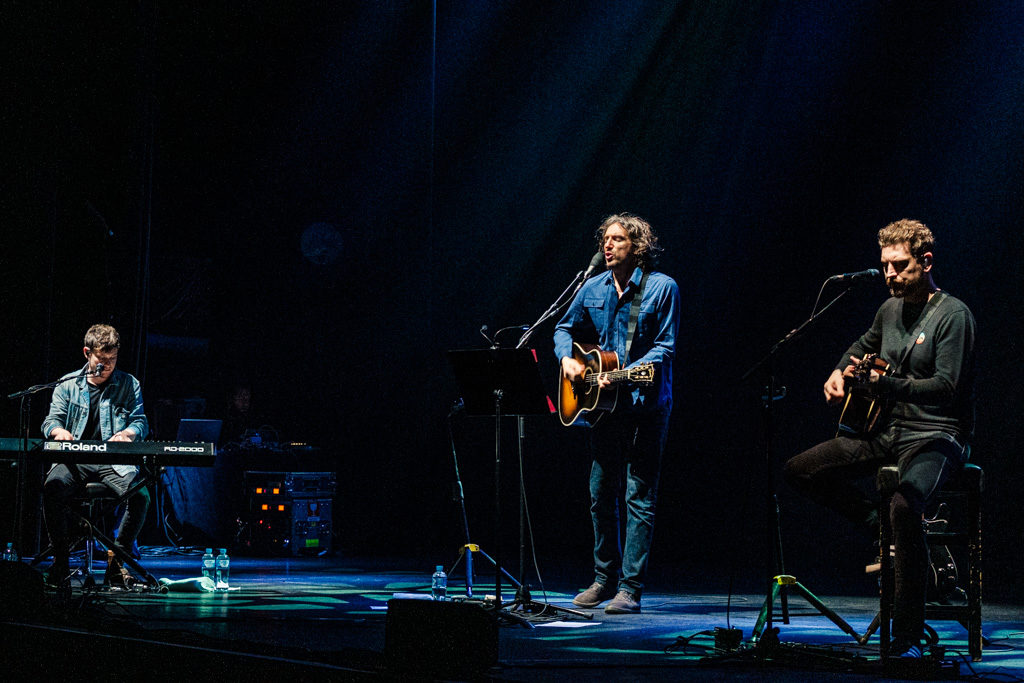 Scottish and Irish rockers Snow Patrol returned to Australia after celebrating a 25 year career as a band. With a huge fan base in Australia, they performed to a full house in the charming Palais Theatre.

Talented singer and songwriter Ryan McMullan opened the evening, and filled in Johnny McDaid’s piano and vocal slot for Snow Patrol along with Gary Lightbody on vocals and guitar, and guitarist Nathan Connelly. The stripped-back lineup provided the opportunity to perform crowd favourites such as “Open Your Eyes” and “Chasing Cars” in an acoustic format.