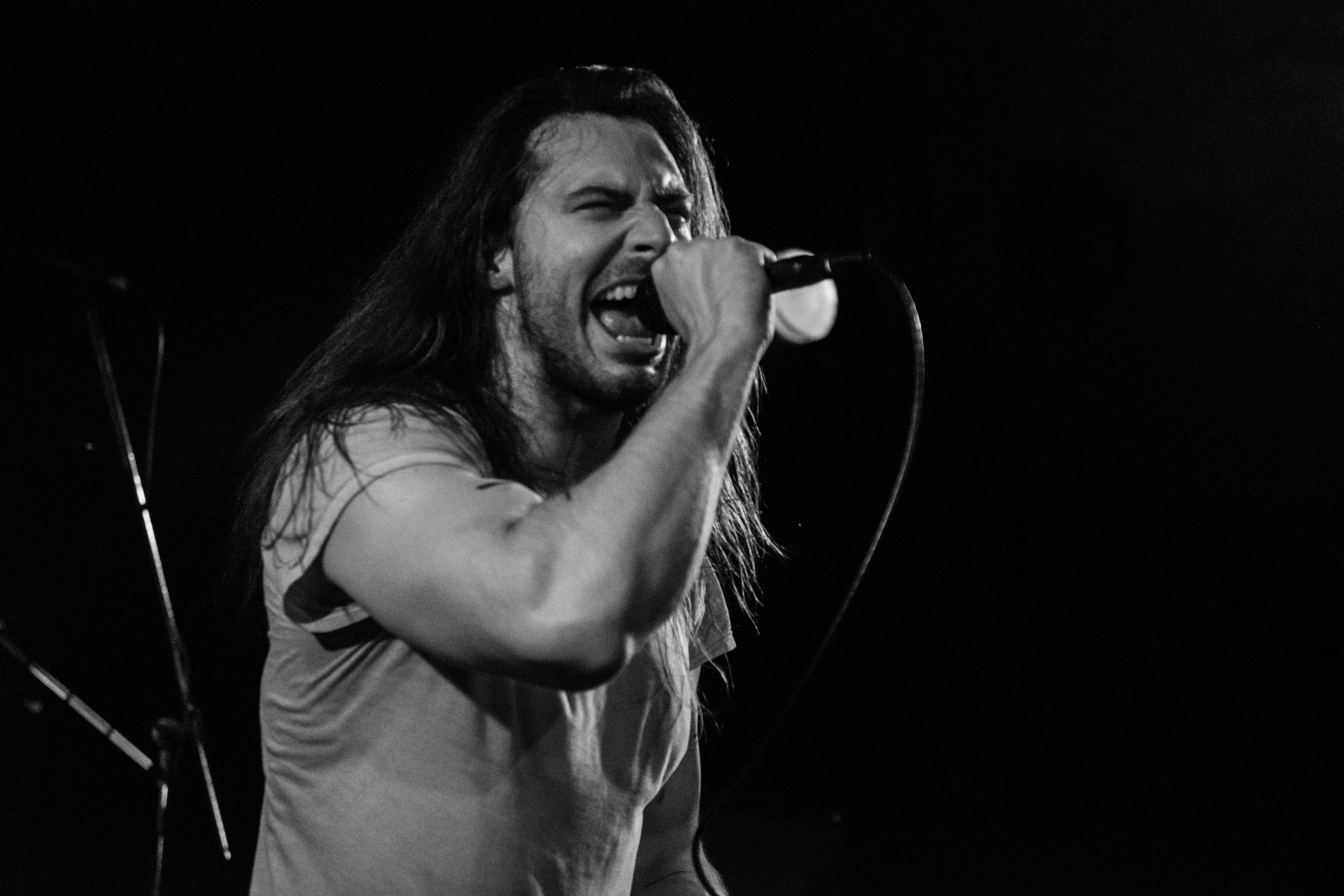 Party Angels were in the house at The Corner Hotel for the arrival of Party God himself Andrew WK. Having been warmed up by local party experts The Bennies, it was safe to say this was one show that everyone was very keen to be able to exhibit their best party moves.

Arriving with the curtain drawn and a crescendo of music to amp up the crowd the man didn’t fail to deliver as promised the ultimate party. With hair swinging wildly around, some insanely impressive guitarists over to the left of the stage ramping things up the crowd of devotees was promised all that are more.

Playing through his extensive set list including ‘ Tear it up’, ‘ We want fun’, She is beautiful’ and of course the iconic ‘ I get wet’ there wasn’t a single moment of slowing down at all. He was a ball of energy from the time he stepped onto the stage to the final curtain.

The crowd responded in kind, partying, moshing and in general soaking up the unique experience that is Andrew WK and his band. The energy in the room was nothing short of electric, and at times intoxicating.

With the show Andrew WK gave the audience what they were craving- a few hours to un-wind, let loose and have fun. The party God’s and party angels were smiling brightly in the room the whole night.

Behind the Lens Lewis Nixon