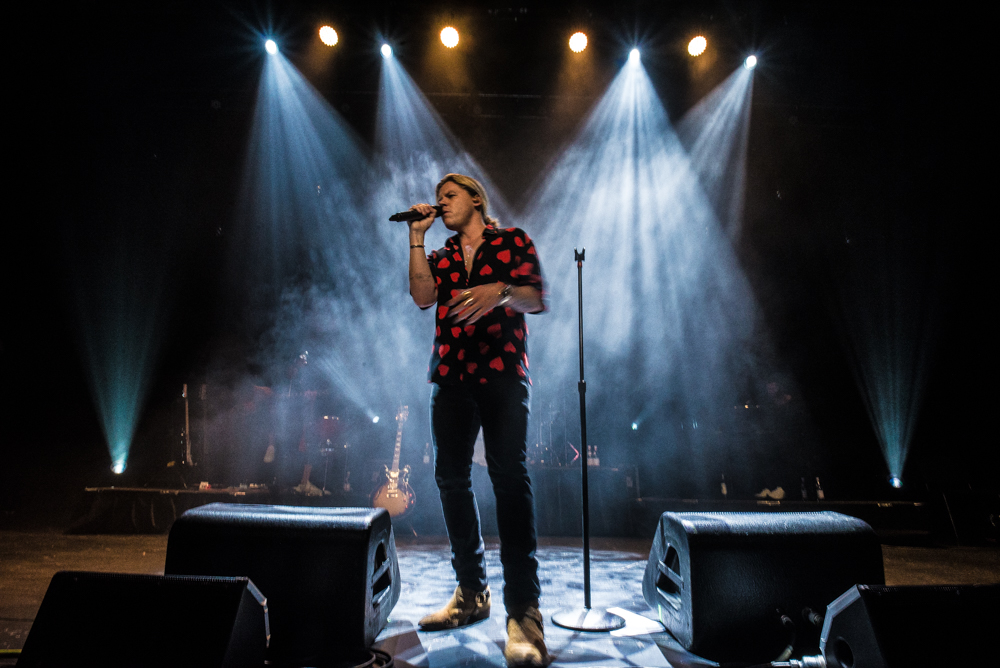 No stranger to the stages of Coachella and Madison Square Garden, Conrad Sewell’s largest and possibly his most personal headline tour wrapped on Friday the 7th of June at Melbourne’s Forum Theatre. The tour coincided with the release of his highly anticipated debut studio album LIFE – a deeply intimate account exploring personal battles, self-sabotage, and redemption.

The Brisbane boy, now based in Los Angeles, was joined on tour by another Brissy-based artist Hazlett. Described as “Kings of Leon on valium” the softly-spoken singer-songwriter performed a small set including Fireworks and a breezy rendition of You’re The One That I Want from Grease which won over the crowd.

Wearing his heart quite literally on his sleeve Conrad Sewell kicked off the main event with Changing – the emotional lead single off LIFE. Indeed, as the final night of the tour, the whole evening had an emotional overtone and unbeknownst to the crowd, Conrad had lined up a couple of special surprises. To celebrate the album’s debut at #1 on the ARIA Albums Chart, Conrad flew guitarist Matt Copley’s mum down from Brisbane to celebrate. The other surprise came later in the evening when Australian sweetheart Delta Goodrem joined Conrad onstage for a duet of Fleetwood Mac’s Landslide.

Between the surprises, Conrad took the crowd to church with his soulful falsettos and profound lyricism best demonstrated on the songs Remind Me, the autobiographical Big World and Love Me Anyway. As Conrad took a fleeting recess, Martin Luther King’s voice resounded through the speakers and while the sentiment was lost on a handful of Millennials, the speech resonated with most and acted as a trick of misdirection allowing Conrad to sneak into the crowd wearing a black hoodie and appear at the sound desk for a performance of Testify.

When it came time to perform Kygo’s multi-platinum global hit Firestone Conrad opted for a stripped back approach keeping on tone with his album’s “no bells or whistles” approach. The evening concluded with the reflective Start Again – winner of ARIA Song of The Year in 2015, and the uplifting hit Healing Hands. Never one to shy away from admitting his personal imperfections Conrad Sewell sure knows how to craft powerhouse ballads and stage the kind of next-to-perfect performances that leave the audience with renewed admiration for home-grown talent.

Behind the Lens Amanda Lee Starkey