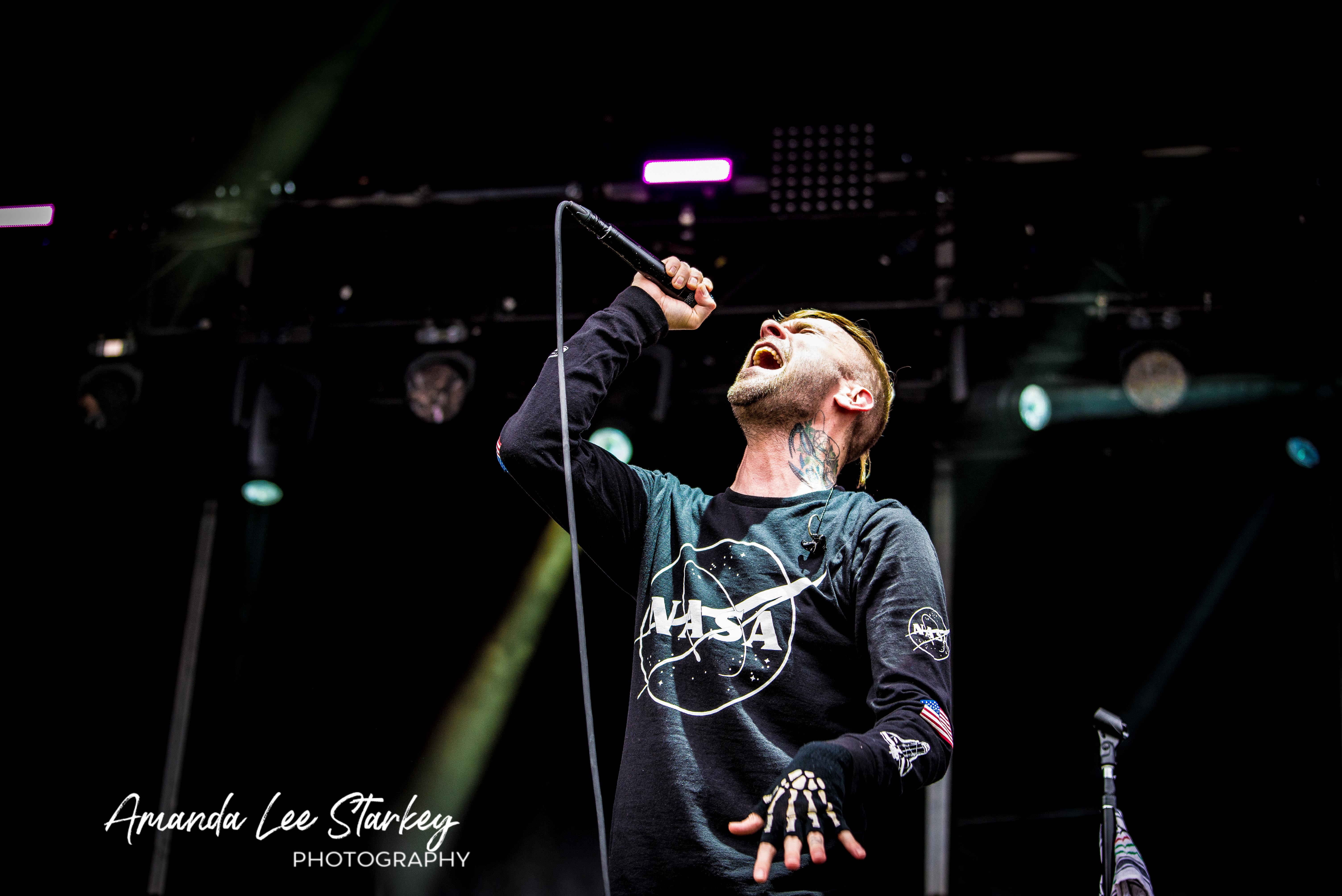 The sun relentlessly beat down so hot that the asphalt was bubbling underfoot as the air was sucked out of people’s lungs. However hot it was things on stage were due to get hotter for the first ever Good Things Festival.

Since the loss of the popular Soundwave tour several years ago there has been a hole in the festival calendar that has been in desperate need for some time. With unknown indie bands filling line up after line up, it was refreshing to see a unique line up that was full to the brim with genuine rock acts and incredible music.

With Aussie Acts Waxx and Northlane up early on in the day, the only way was up and the Friday crowd were loving it. As each and every band presented on one of the four stages, one thing quickly became clear – they were all really fucking glad that this festival was happening.

From The Used attempting to create a circle pit in the heat – which was never going to happen, and having the crowd sing a long to the Play School theme song, things were certainly entertaining. Their high energy set and the continual jumping from lead singer Bert McCracken getting the crowd worked up was nothing short of a supreme effort from the band.

Bullet for My Valentine put on a pretty impressive set, however is was Scarlxrd over on the smaller stage that really set things on fire. With his unique brand of music which was a combination of screaming, rapping and hip hop beats as he prowled the stage like a tiger in a cage jumping and rapping. Over excited fans yelled out the occasional obscenity clearly enjoying the show.

As the day turned into evening and the suns relentless rays began to tone down the stage only got hotter. Dropkick Murphy’s proving that Boston knows how to produce some insanely good musicians. All Time Low were not to be out-done however with the entire band giving 110% of a performance as bras were thrown on stage, guitarists leap around and the whole she-bang was infectious fun.

It was a more subdued set over on Stage three with the Floridians Dashboard Confessional playing iconic hits. Lead Singer Chris Carrabba’s vocals flawless and absolute perfection prompting the crowd to sing with abandon to each and every song. Switching things out with an acoustic guitar there was only one question left un- answered and that was – How come this amazing band don’t play out here more often?

The headliners The Offspring wrapped up the day, a trip down memory lane for most of the crowd. Whilst it certainly wasn’t the most energetic performance of the day, music lovers where happy enough to sing  in time with the some what lack luster performance from front man Dexter Holland, who at times struggled to garner any real energy. Having had Stone Sour impress the crowds with a confetti canon, pyro and throwing water bottles around it was some what an anti-climax to the end of the night.

Overall the first Good Things festival was a massive success, with crowds and performers a like having an amazing day. The food vendors put on an array of sensational food, bar lines were handled well and there was always plenty of free water to keep everyone hydrated throughout the day. With Australian audiences in desperate need of a bloody good rock music festival Good Things has come along like an Oasis in the desert of Australian festivals and collectively we can all hope its here to stay.

Behind the Lens Amanda Lee Starkey