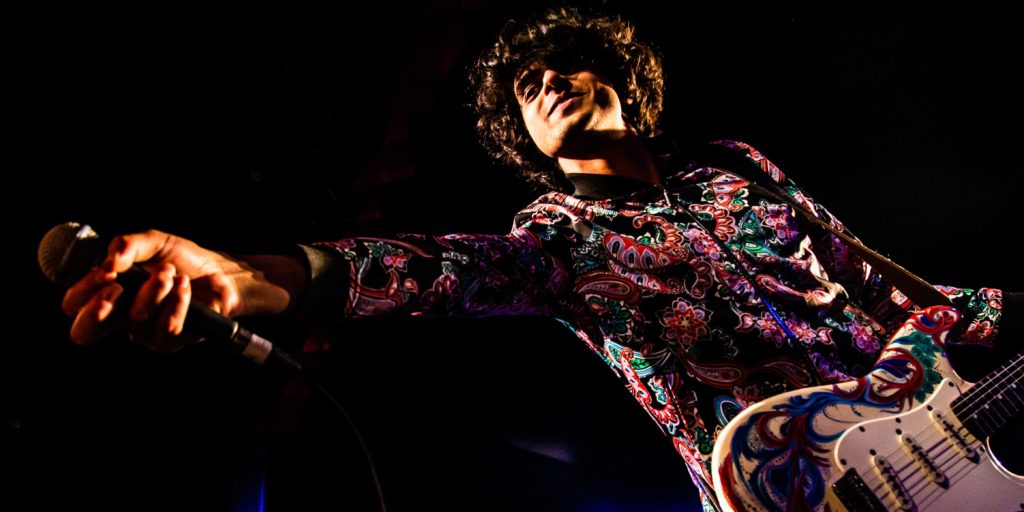 Melbourne’s favorite son and guitar extraordinaire Harts made a spectacular appearance at The Corner Hotel to play tracks from his latest release ‘ Queens, Kings & All Big Things’ showcasing once again his extraordinary performance skills.

The Indian- born musician has amassed a cult like following in Melbourne and overseas with his stellar live performance skills. Not only does the self taught musician play an array of impressive riffs, he manages to at times channel the late Jimmi Hendrix at times.

From the front row the fans are not only enjoying the set, they are living for the music and allowing each note to saturate them as Harts bounces around the stage in a frenzy at times.  ‘ Red and Blue’ gets everyone dancing  as does the aptly named new song’ Shake Ya Pants’ – a newer track and a definite excellent addition to the set list.

There is a reason the much loved Harts has a cult like following in his home town, having played to the packed Howler earlier this year. He’s likable, talented and a joy to watch. His passion for playing pure guitar-laden tracks is infectious and demands attention.

There is talk of a Jimmi Hendrix show to debut next year and a project with the estate, both of which Harts talks about on stage and its clear the crowd would welcome this whole hardheartedly

Behind the Lens Monique Pizzica