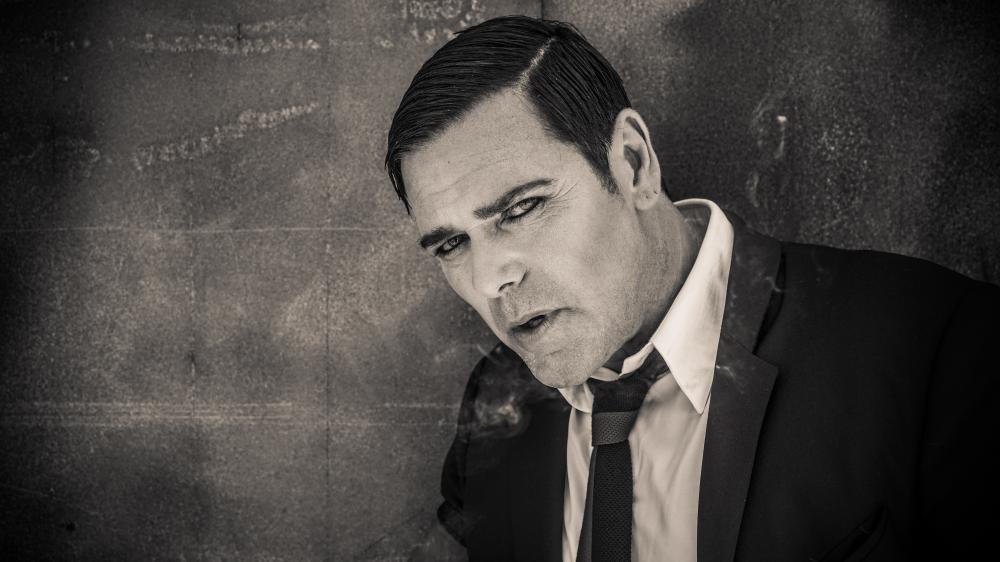 “You Are So Beautiful”, the new video from EMIGRATE, the side project of RAMMSTEIN guitarist Richard Z. Kruspe was released over the weekend. The song is taken from EMIGRATE’s third album, “A Million Degrees”, which was released Friday, November 30 via Caroline Australia and Universal Germany.

‘A Million Degrees’ is available now at https://caroline.lnk.to/AMillionDegrees and all digital stores and streaming outlets. The record is being eaten up the world over, with tracks from the record being featured on worldwide official Spotify playlists Kickass Metal, Adrenaline Workout, All New Rock, New Metal Tracks, Rock Rotation and more.

The “You Are So Beautiful” clip was shot in Los Angeles with director Bill Yukich and stars Richard’s daughter Maxime Alaska Kruspe Bossieux.

As a member of Rammstein, the music world’s most explosive live act, Kruspe has been part of a ground-breaking global success story that continues to build and to ignite; along the way, he’s turned his attention to a number of parallel projects, such as constructing a new studio (and a new home) in his native Berlin, but it’s his decision to launch the Emigrate set-up that has given him the greatest chance to satisfy creative instincts outside of the parent group. In many ways, it’s an anti-dote to the parent group!
Featuring 11 tracks, a fresh production team plus vocal contributions from RAMMSTEIN’s Till Lindemann and BILLY TALENT’s Benjamin Kowalewicz, “A Million Degrees” is less a successor to “Silent So Long” and more a re-booted take on the overall concept, continuing Kruspe’s desire to craft something personal. He writes the material, including single/video “1234” (spotlighting Kowalewicz), sings the bulk of the songs (in English) and works hard — sometimes in the face of adversity — to keep everything rubber-stamped as “special,” fashioning a body of work that will appeal to both existing supporters and those who appreciate the power of a great song delivered from heart above head…
For more information about Emigrate, go to http://www.emigrate.eu. Emigrate’s ‘A Million Degrees’ is out now at http://caroline.lnk.to/AMillionDegrees, released through Caroline Australia and Universal Germany.
https://www.youtube.com/watch?v=tlK2zPGUcPM