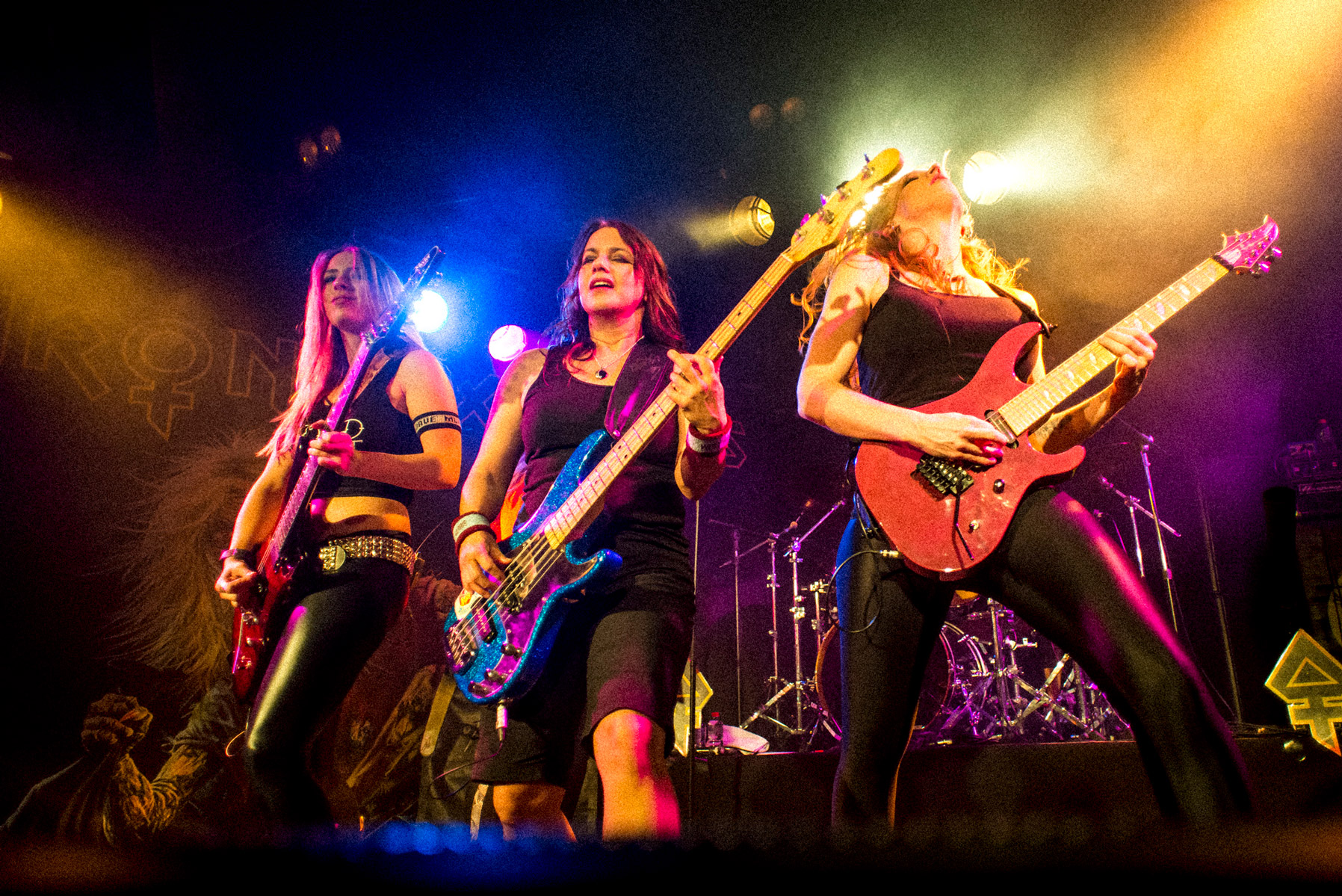 The Iron Maidens — The world’s only all-  female tribute act to British heavy metal band Iron Maiden— hit the stage of The Corner Hotel, Melbourne as part of their Australian and New Zealand 2018 tour Friday, June, 1st.

Openers Trigger and Envenomed prepared the crowd for in a night that delighted fans with a well balanced setlist comprising Maiden´s classics and cult tracks.

True to any Iron Maiden concert UFO´s “Doctor Doctor” got the fans raising their fists before Winston´s Churchill famous ¨We shall fight in the beaches” speech; the perfect prelude to “Aces high” intro as the curtains fell. A stage displaying Transylvania and Acacia Avenue signs next to an Eddie head on a post  made us doubt for a second if we were in a London pub witnessing the early days of  the New Wave of British Heavy Metal.  Doubts dissipated immediately as we realized the 5 piece band from Los Angeles, California is an act of their own: powerful and electrifying from the very first song.  “2 minutes to midnight” kept the momentum before rare track “Still life” from the Piece of Mind album surprised the fans.

Charismatic vocalist Kirsten “Chickinson” Rosenberg thanked the crowd for their attendance, and reminded everyone: “We are all united because of our love for Iron Maiden”. Still in the middle of an ovation ¨The trooper” intro riff set the fans on fire as the Union Jack and Aussie flags were waved by Rosenberg clad in a soldier outfit while guitarists Courtney Cox and Nikki Stringfield executed majestical solos.

“The number of the beast” saw a Devil on stage reminiscent of the early 80´s concerts and the following track “Alexander the Great” was a definite crowd pleaser as strangely enough it has never been played live by Iron Maiden. Bassist Wanda Ortiz mimicked to perfection Steve Harris as she boldly aimed her bass at the crowd and jumped up and down during “The Phantom of the Opera”.

No Maiden show can be complete without the presence of long-loved multifaceted mascot Eddie, and this gig wasn´t the exception “Wasted years” welcomed cyborg Eddie taunting the musicians with his laser gun as Linda McDonald smiled from behind the drum kit. “Fear of the dark” got everyone chanting the chorus and jumping in unison before the encore.

The band returned onstage and Rosenberg made everyone laugh. “I´m glad you´re still here, it would have been the shittiest encore otherwise!” Shortly after, homonymous track “Iron Maiden” along another appearance by Eddie capped the night of an all round performance. Leaving all Maiden fans satisfied and wishing for more tribute acts with the quality and dedication as we had just experienced.

Words and images by Gus Morainslie 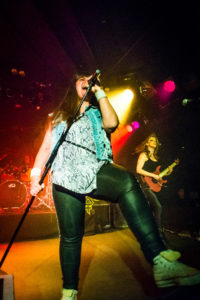 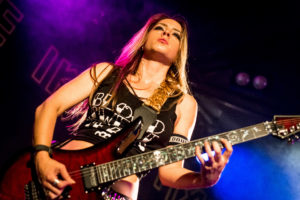 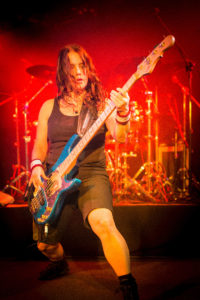 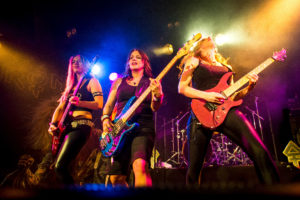 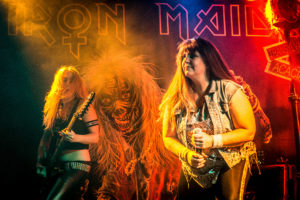 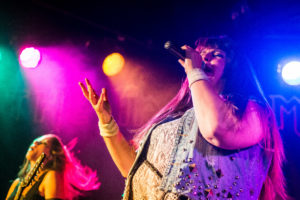 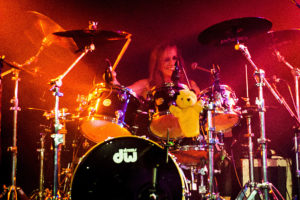 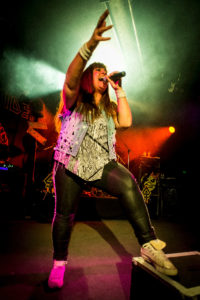 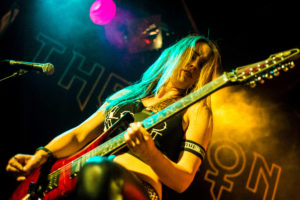 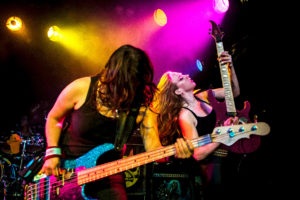 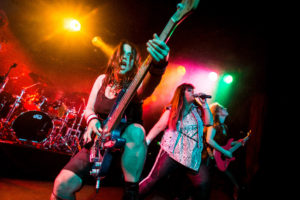 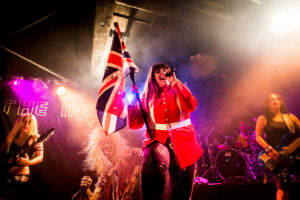 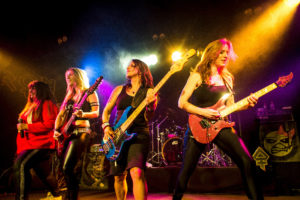 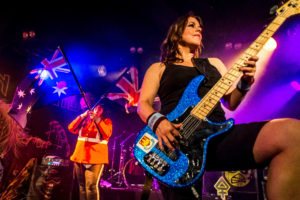 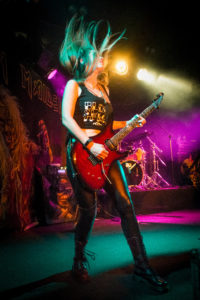 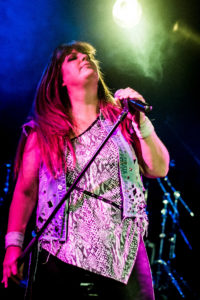