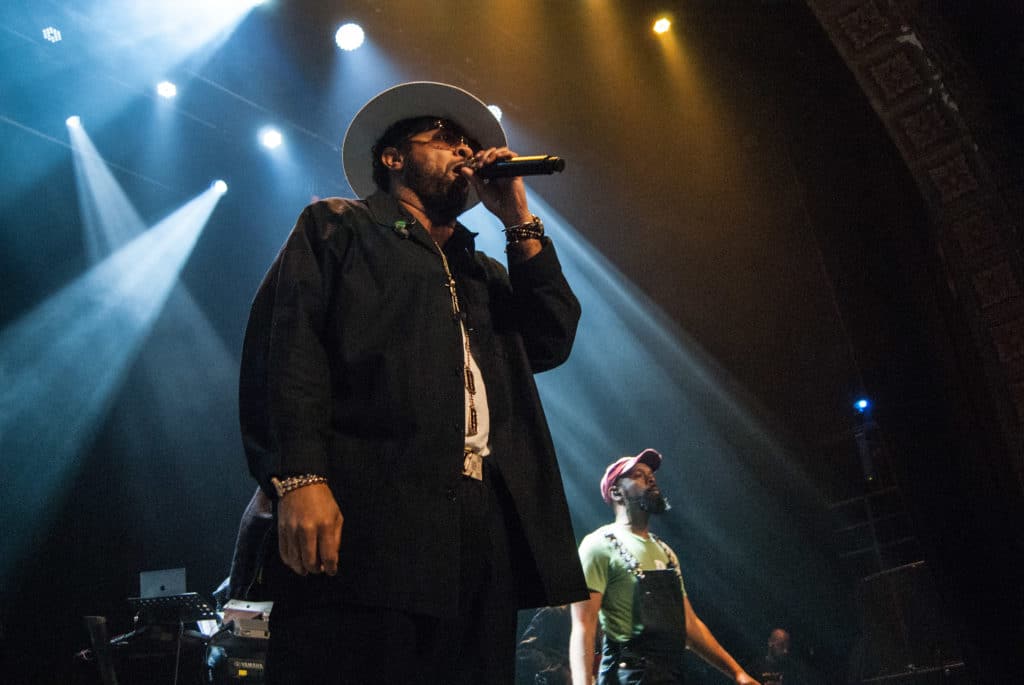 One Love: Shaggy and Sean Paul
The Forum, Melbourne

It is a duo of dancehall heaven with Shaggy and Sean Paul in Melbourne to perform their popular reggae hits that saw them break into the mainstream with their Jamaican sounds respectively.

Having paved the way, Kingston born Shaggy is up first and the crowd are pumped. With the opening bars of ‘ Mr. Bombastic’ starting up the room is on fire as the hit maker and hip shaker gets the party started.

Working his way through his hits ‘ Angel’ ” Oh, Carolina’, Shaggy expertly engages the crowd and proves that the Jamaican really is one of the best performers to come out of the West Indies. He moves his hips in rhythm to the music a certain sexual energy radiates from him driving the women of the audience wild, as he demands that ” Women are in the front, fellas are in the back ”

With the dance floor on fire for the better part of an hour, soon its time for fellow Kingston alumni Sean Paul to hit the stage. Sean Paul is all business delivering hit after hit as his scantily clad back up dancers add to the entertainment. Powering through a series of collaborations from Beyonce to Sia, a backing track fills in for the female duets, which at times is a little detracting from the performance, however Sean Paul presents an entertaining show to watch with his high energy.

The Jamaicans really have bought it to Melbourne with the inaugural One Love festival, and taken the audience to a island party like no other. Its true when they say that Jamaicans know how to have a good time and hopefully both artists will return to our shores soon.