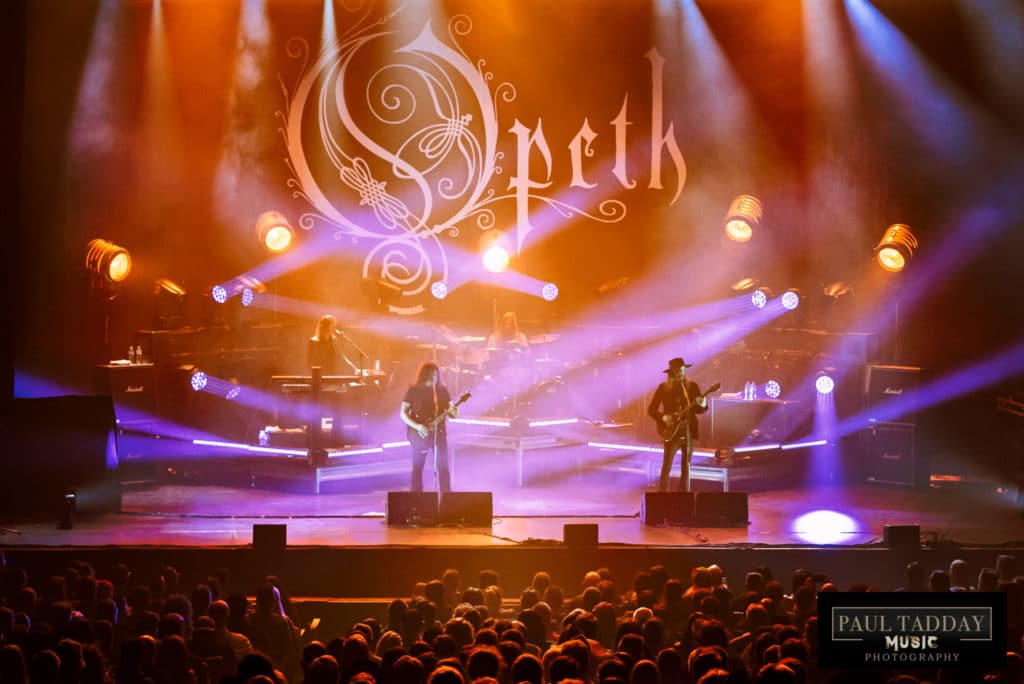 Review and images by Paul Tadday

The idea of witnessing arguably this generation’s greatest prog/death metal band in a venue like Melbourne’s Palais Theatre, has had me salivating since the tour was announced earlier this year.

This beautifully renovated historic theatre was a perfect location to watch Swedish band OPETH perform a collection of classics spanning its 30 year career.

Melbourne’s own progressive metal masters CIRCLES took the stage early and was a great choice as the support. The guys sounded incredible as always, but it did feel a bit unusual seeing them play on such a large stage. I’d even say they appeared a little more subdued than normal, although I’m sure Drew Patton appreciated the extra room to thrash his bass than what he usually has.CIRCLES is a world-class band doing great things and I’m tipping that the boys will soon get used to playing large stages on a more regular basis. Led by vocalist/guitarist Mikael Åkerfeldt, OPETH is a band that has truly progressed throughout its career. With roots as a traditional death/black metal band, its style over the years has morphed into a blend of progressive, ambient melancholy, with a mix of classical and death metal elements. This has been met with much division among many of the band’s earlier fans. However, to me OPETH has always been a band to sit, watch/listen to and appreciate, without the need for metal cliche’s like head banging, mosh pits, crowd surfing or stage diving to ‘enhance’ the live experience.

The thing that struck me straight away with OPETH’s stage show, aside from the absolutely incredible lighting, was the symmetry to everything. Elevated, angular stage platforms for drums, bass and keys, with even spacing provided at the front of the stage for Michael and Fredrik to deliver guitars and vocals. The band’s giant logo backdrop providing scale, acting almost as a punctuation mark to the set design. The use of dry ice was enough to provide a vehicle for the lighting, without overpowering the performers on stage.

As far as lighting goes… WOW! Beautifully designed. Subdued yet powerful. Diagonal beams of red and blue piercing through the fog and a line of nautical-like spots providing blasts of bright orange back-lighting accentuated the power of OPETH’s performance. Beautiful to watch, but a nightmare to photograph let me tell you!

A clear separation of instruments highlighted how good the sound mix was on the night, as was the clarity of quieter interludes. It’s very easy to drift away within the layers and soundscapes that OPETH creates, particularly with a live sound like that!

The crowd was as eclectic as I’ve seen, ranging from traditional metal fans to those who would be likely to be patrons of the ‘finer’ cultural arts. This band appeals to such a broad range of music fans, but would definitely not be suited to the ‘casual’ music listener. If you were there on Friday then you love OPETH and after experiencing that show anyone should be able to see why.