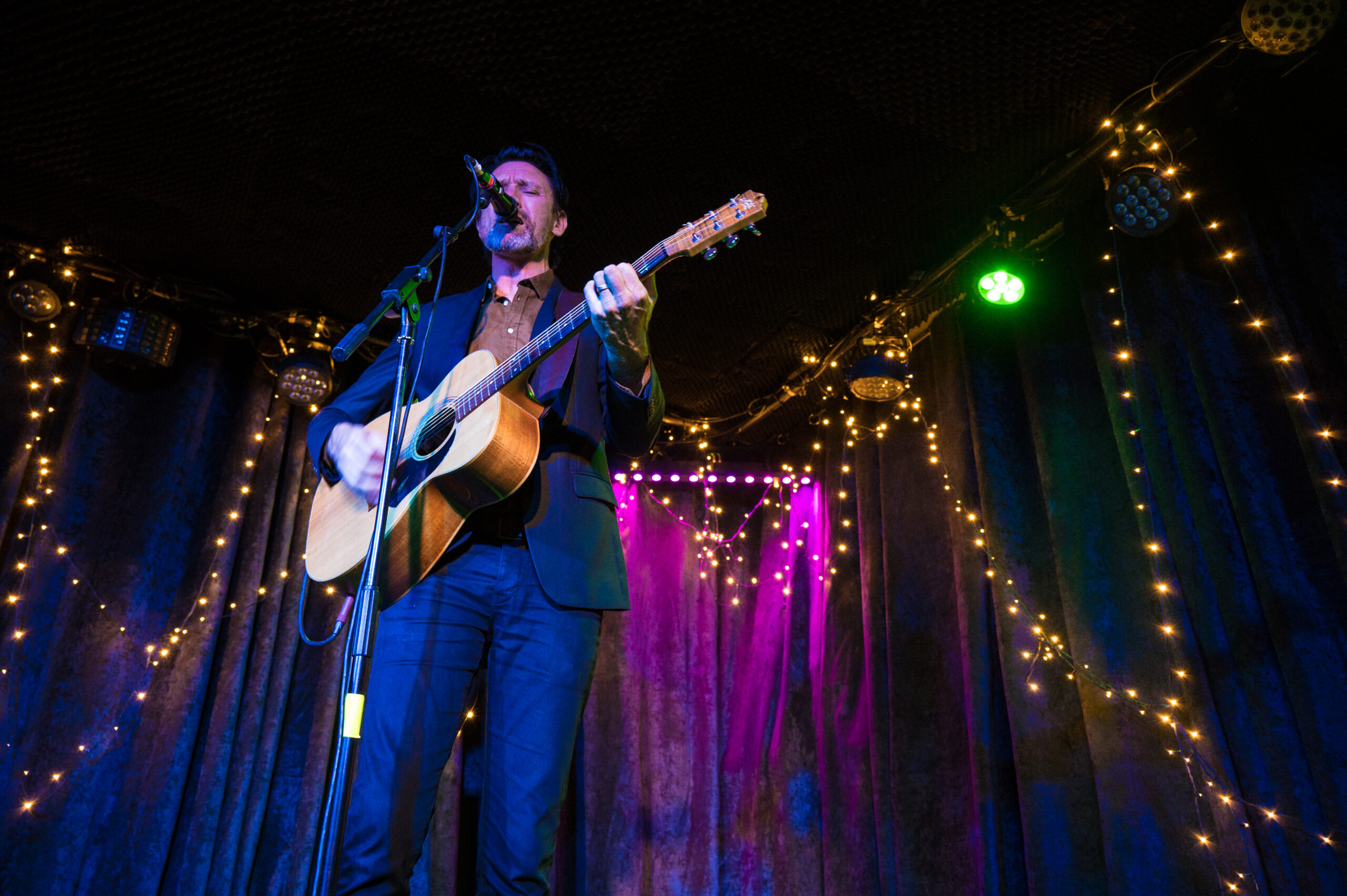 Surrounded by a halo of fairy lights Something for Kate’s enigmatic front-man Paul Dempsey picks up his Maton guitar, the only instrument accompanying him this evening.

Opening with Fast Friends, Dempsey captivates the crowded room instantly, and the audience squeeze in closer to drink in every moment. The small room offers a intimate feel and is  the perfect setting for this evenings show, and a full circle moment for the artist having debuted his first album as a solo artist in this very venue.

Taking each song and simplifying it with just an acoustic guitar allows the lyrics to really shine and his genius is exposed. Dempsey is an enigma, but his song writing is thoughtful and emotive, captivating to say the least.

Captain ( Million Miles An Hour) is another example of simplifying his sound and when the drums and impressive electric guitar are replaced with a lone acoustic guitar the song changes it’s feel completely, showcasing his distinct voice.

On stage without his band, Dempsey comes across as humble, stopping to tell stories about the song writing process, occasionally interrupting his stories to scold himself for talking too long. At times he seems self depreciating, but there is a charm to it, winning the audience over and making him that much more likeable.

He treats the audience to several songs from the Something for Kate mid-lock down release ‘ The Modern Medieval’ starting off with Blue Bird, followed by Situation Room and Supercomputer this is the first time some fans would have heard these songs in this acoustic form.

Romona was a Waitress gets a sing a long happening and the audience is delighted at the inclusion of this popular song. Smiles are plastered on the faces as people sway in time to the music, happiness hanging in the air, the joy palpable.

Taking his Maton off his shoulder signals the end of the set at the end of Idiot Oracle,  Dempsey explains we are now into the encore part of the evening- he can’t be bothered getting off the stage and going downstairs- the room is  so crowded it would be an impossible feat. He jokes it is rank presumption on his part and thanks the audience graciously, we are now officially in the encore. Much to the delight of the crowd he covers David Bowie’s Ashes to Ashes, a song that has become synonymous with his solo shows.

All too soon the evening is over and the spell is broken as the crowd shuffles out into the cool mountain air. It’s been an evening to remember, Paul Dempsey his lovable self, simple yet perfect.