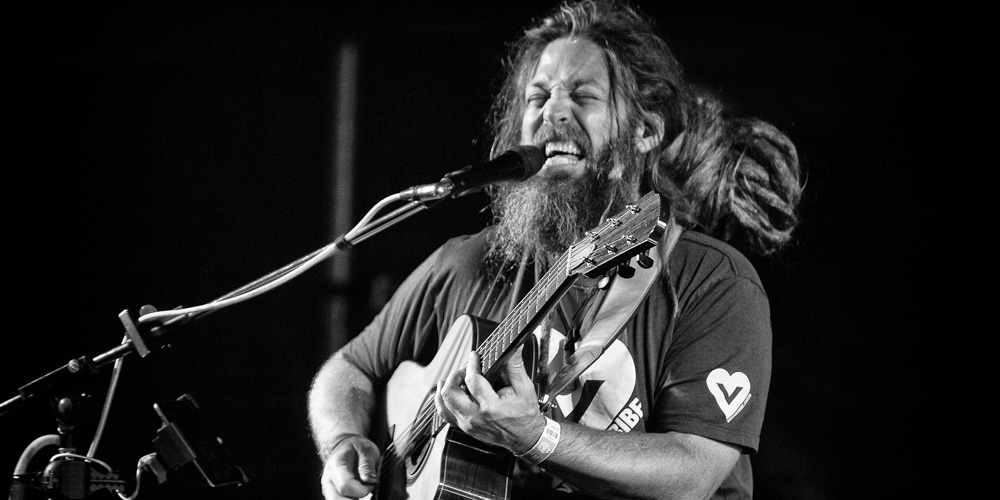 For the 22nd year in a row the small coastal town of Queenscliff was transformed into one large music venue for the annual Queenscliff Music Festival, the hottest ticket in the Victorian music festival calendar.

Rain threatened to dampen things on the opening night but Dan Sultan and The Whitlams keeping the crowds happy and entertained to kick things off. Osaka Monaurail all the way from Japan made sure the crowd were sent home in high spirits.

The rain managed to clear up in the morning, and spirits were high for the days events. With Fraser A Gorman bringing a little county to the Hippos stage,  Kasey Chambers impressed with her rocking performance of her older material.  The divine Sarah Blasko dressed in red and black was resplendent as usual, proving what a delight she is. Newcomer Thando drew in a wonderful reception with her powerful vocals and beautiful rendition of  Queen’s ‘ Love of my Life’ on the 26th anniversary of Freddie Mercury’s death.

Hawaiian Mike Love had crowds enraptured with his vocal looping and emotive song lyrics and was one of the stand out performers of the day, bringing his unique reggae sound to the Glanhuse Stage. With his dreadlocks back-lit he had the crowd up and dancing to his chilled vibe.

America’s Donovan Frankenrieter chilled the crowed out with his surf rock and expert guitar playing and soothing tunes. Dressed in a lab coat and hat the rocker was awe-inspiring.

Sunday saw the sun come out for a perfect day of weather to close out the weekend.  With the Blues Train keeping the entertainment going all weekend, Courtney Barnett made sure things were happening over on the Lighthouse Stage.  Fellow record label founder Jen Cloher kept things pumping on the Hippos Stage.  Mike Love once again proved what a talent he is, representing Hawaii over on the Hippos Stage.

Closing out the final evening on what has been another amazing event The Black Sorrows bring things home in style. The weekend has been another of amazing music, new discoveries and a darn good time. Its clear to see why year after year the small town of Queenscliff becomes the music hub of Victoria.