It was an icy cold evening in Melbourne, but the sports precinct was on fire and buzzing with a number of high profile events happening within walking distance from each other. This would prove to be the perfect set up for the show by the much loved band from the land of fire and ice.

Sigur Rós are one of those bands that have a huge and loyal following, but then can seem largely unknown as well depending on who you talk to. If you know, you know…

Walking in to Margaret Court Arena was a very different experience for this ‘rock’ show. Normally you’d find the hard core fans jostling for position at the barrier and there would be some loud music playing from the PA. There’d be people talking loud and a sense of bubbling excitement. Tonight, there was seating on the floor where there would normally be a pit. It was unusually quiet but for a musical drone coming from the sound system. There was definitely a sense of anticipation though. It felt more like an art installation than a gig.

From the moment the lights went down and the first note was played, you knew you were in for something special. It was dark and delicate with lead singer Jónsi’s ethereal voice soaring above the music. The ebb and flow of these epic soundscapes are so moving. They make you feel something or transport you somewhere.

The beautifully abstract visuals and lights only add to this experience as well. It’s truely an artist performance. There were surreal and subtle elements of the bands home country come through in everything as well. The lights and visuals often reflected things like lava, water, snow, etc, feeling like the viewer was being transported there.

At the end of each song there is definitely appreciation shown, but again it feels different on this night. The applause dies down relatively quickly as the crowd does not want to miss a single note that is played. The hushed audience is almost eerie, as if nobody wants to miss a single note and the air is pregnant with anticipation as to what sound will delight our ears next.

There was a reverence to everything that was done.

The set list is split into two for this evening’s performance the first half showcases songs ‘ Samskeyti’, ‘Fljótavík’ and Gold 2 while the second set delights the audience with ‘ E-Bow’ ‘ Glósóli’ and wrapping up with ‘ Popplagið’ to close the set. Its a soundscape like no other, leaving listeners breathless.

The band members all moved effortlessly between their instruments. The musicianship was incredible to match the angelic vocals. If Sigur Ros aim to create an experience that is both incredible and memorable then this show certainly achieved that and more.

Words and images by Nate Hill 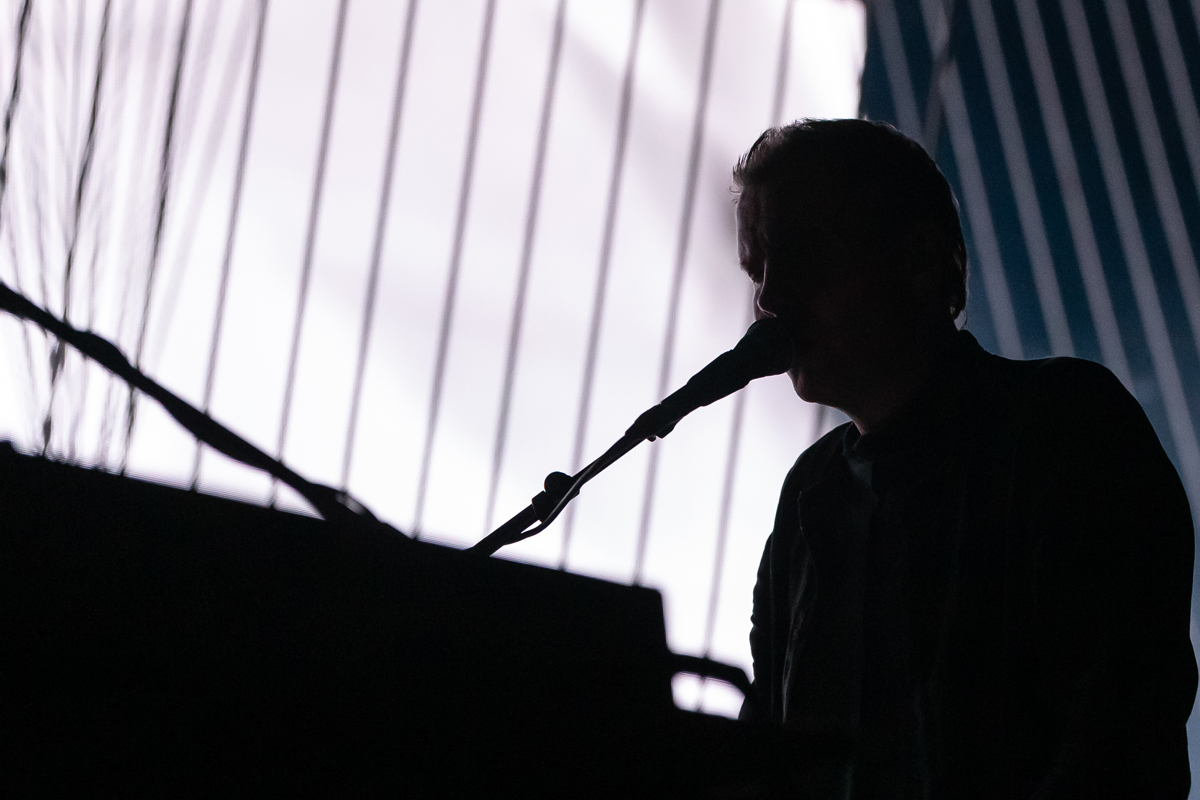 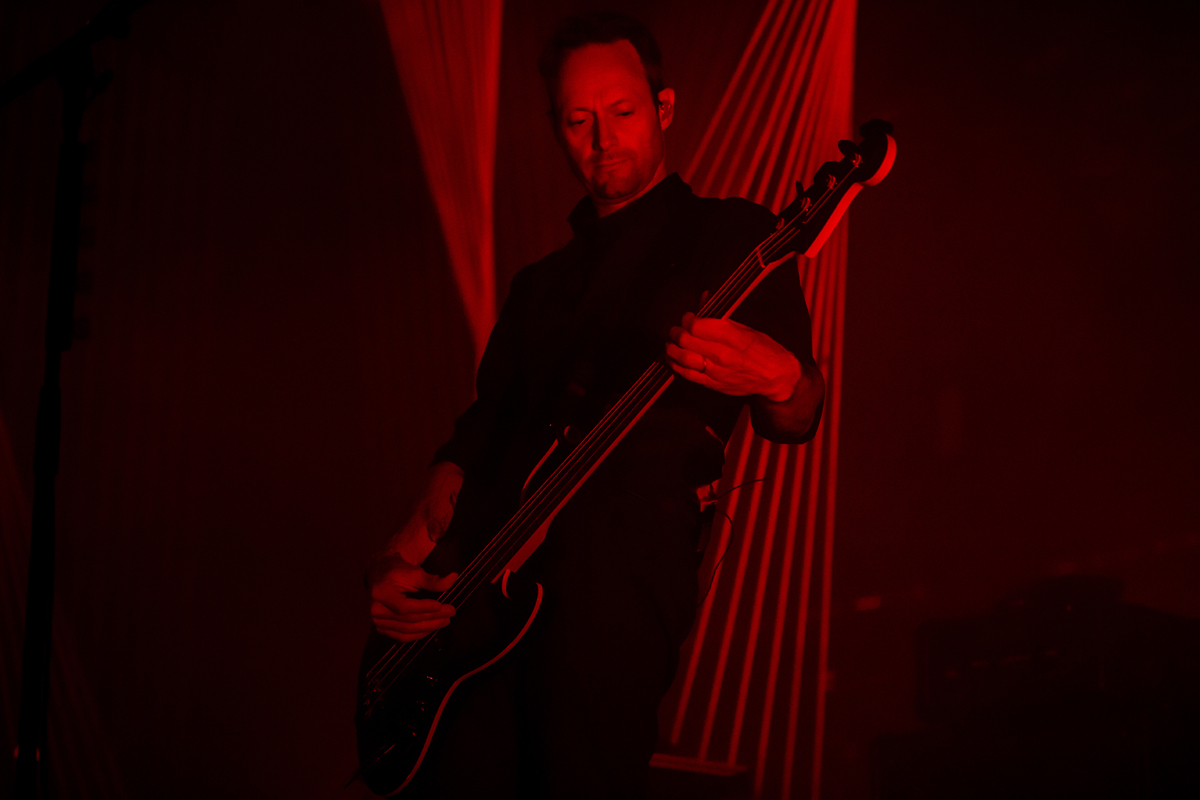 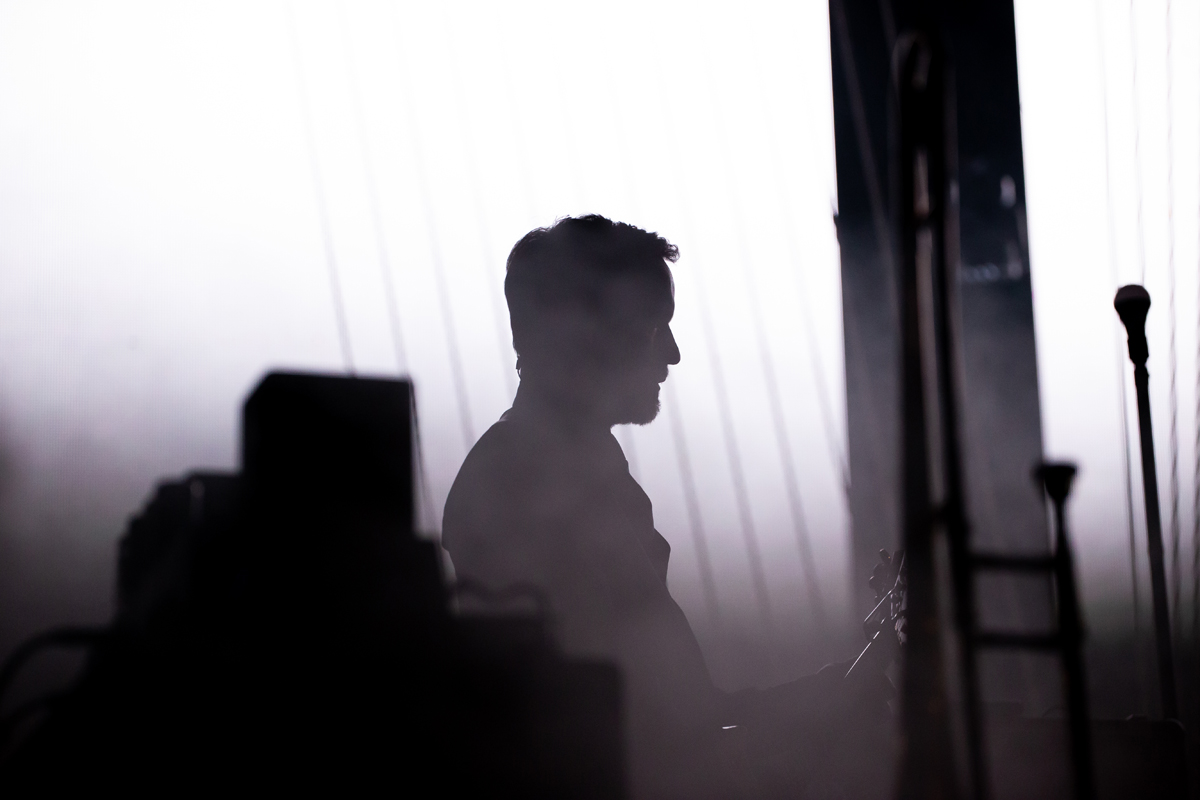 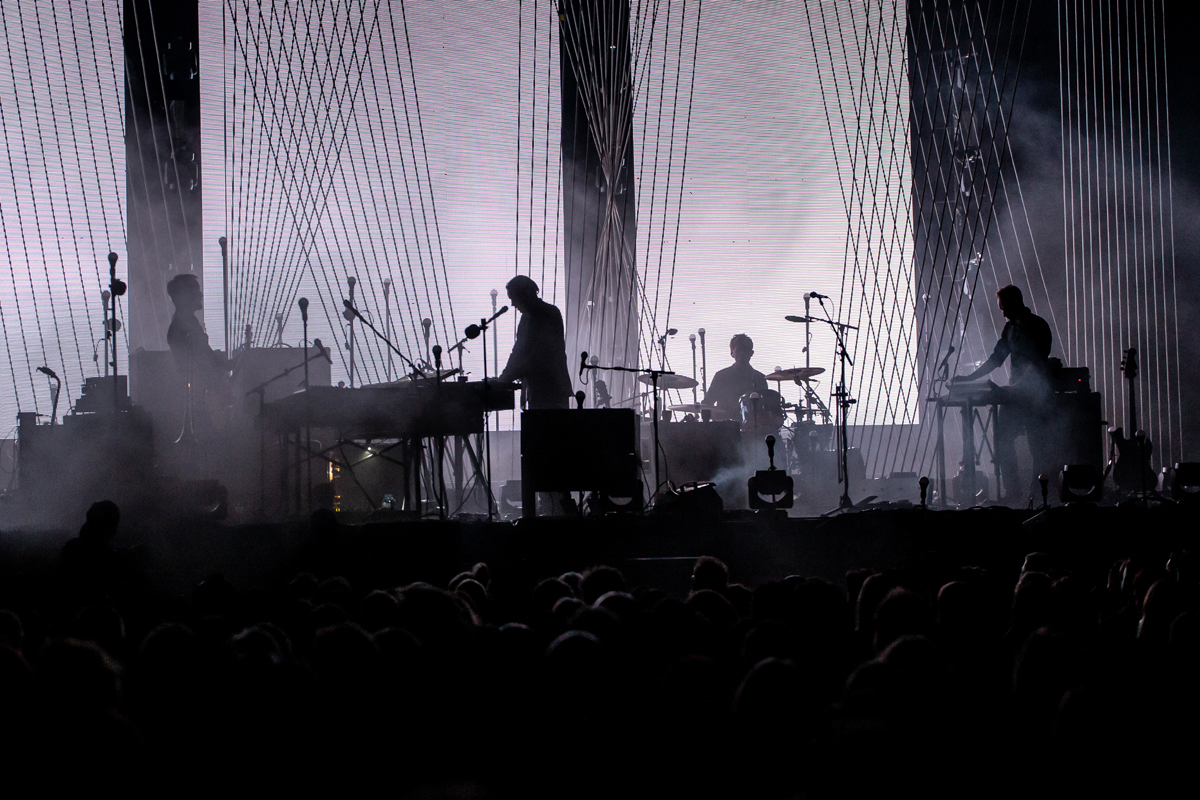 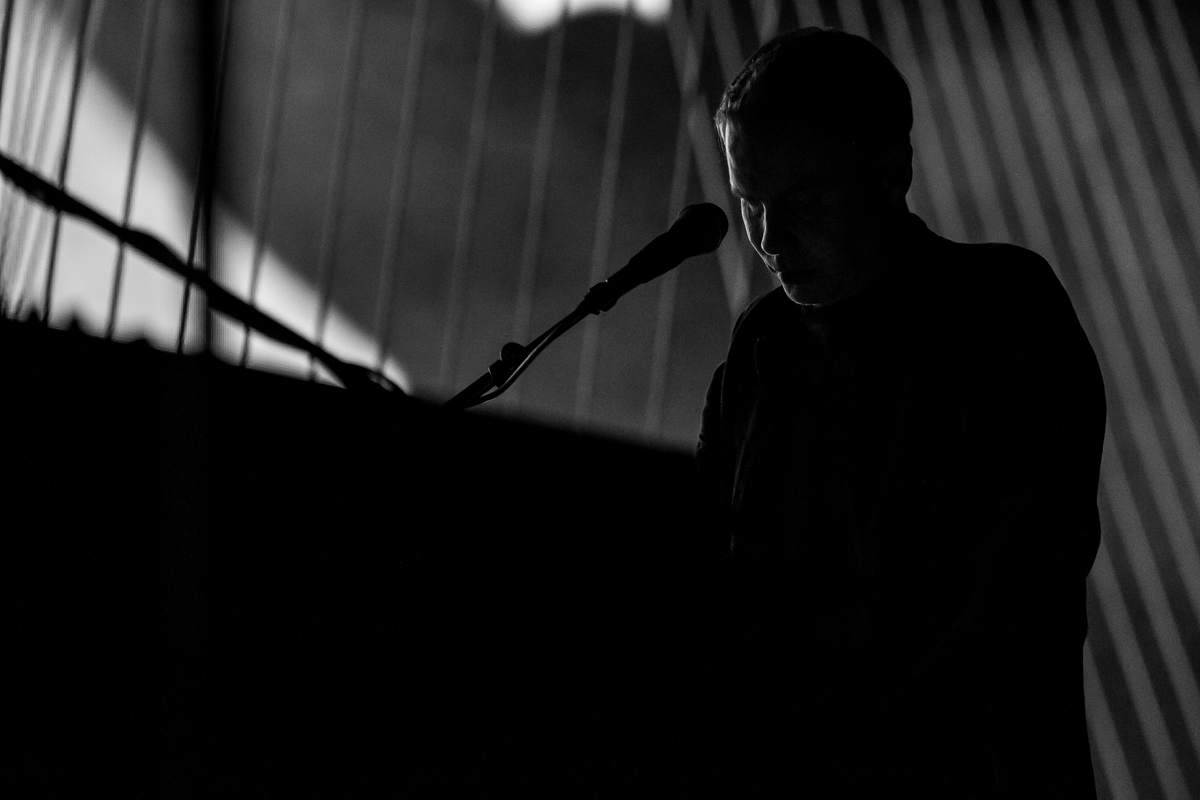 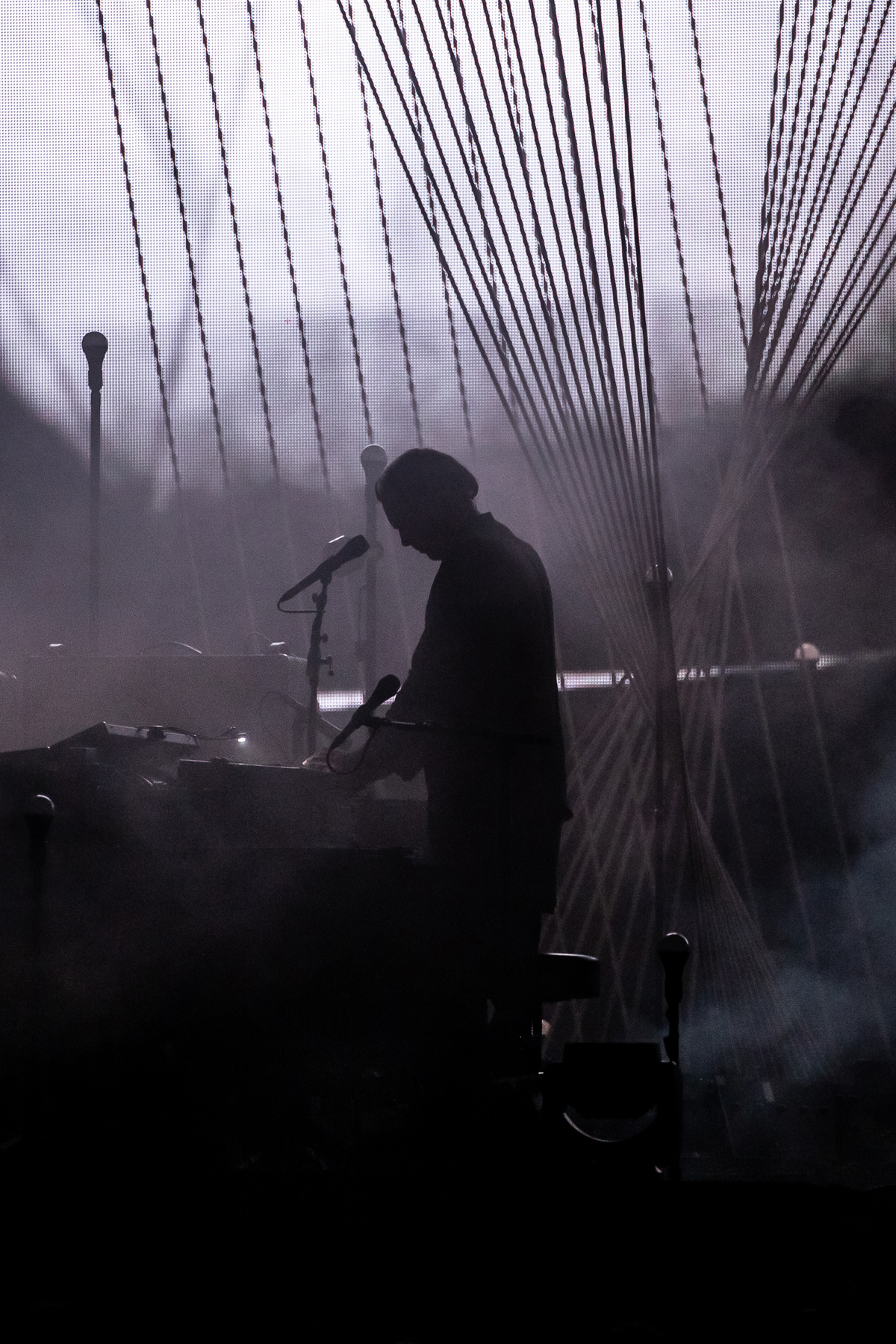 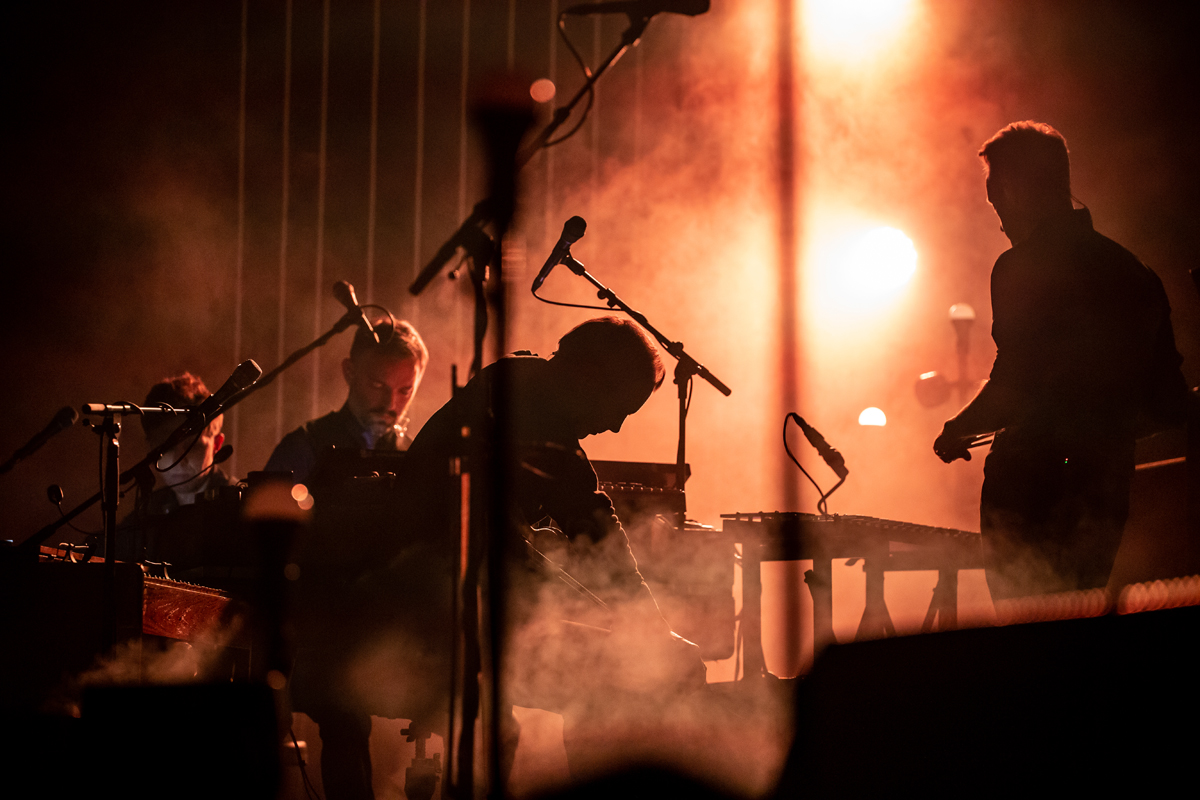