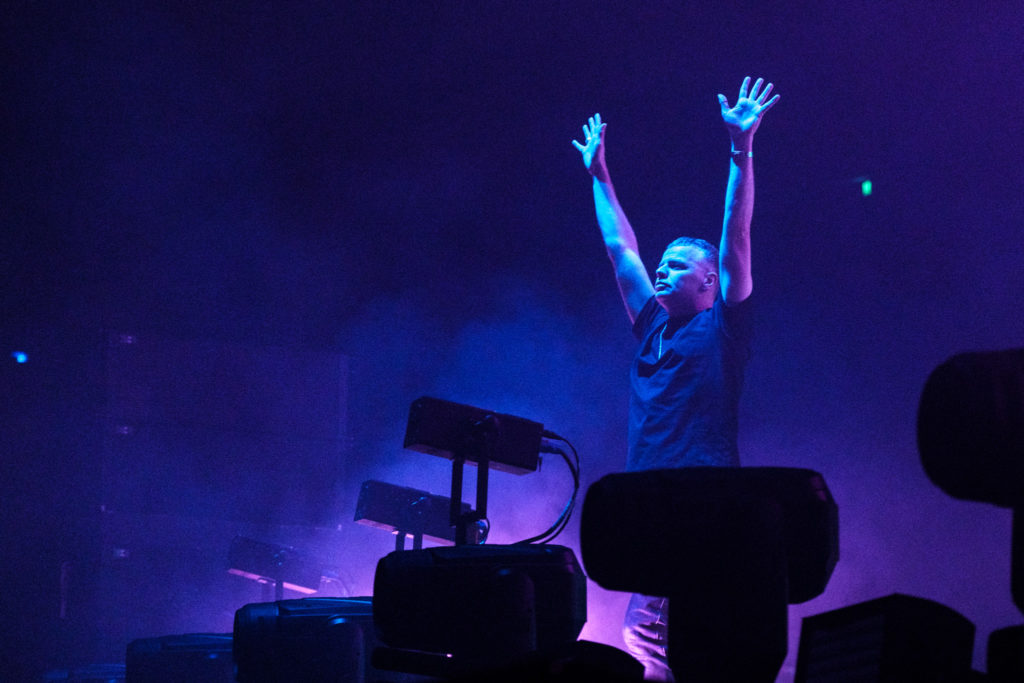 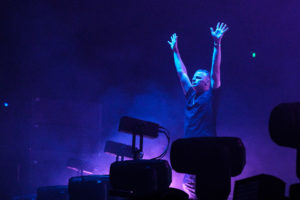 In the late 90s Manchester’s The Chemical Brothers were pioneers of the big beat scene along with Fatboy Slim and The Prodigy. With their break out hit ‘ Hey Boy, Hey Girl’ filling dance floors in clubs all over the globe the duo have continued their success for more than two decades. 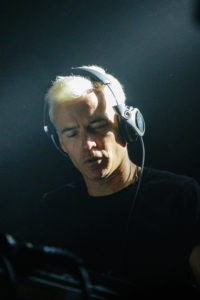 ed up ready for the arrival of The Chemical Brothers.

A giant LED screen comes alive with dancing magenta figures gyrating to ‘ Go’ and its an impressive entrance. The crowd begin to move in time with the beat and as the set flows seamlessly from track to track, hits ‘ Swoon’ , Got to Keep On’ ‘MAH’ and ‘Free Yourself’ keep the crowd entranced.

When the iconic ‘ Hey Boy, Hey Girl’ drops with a large LED cartoon face encouraging the crowd to sing, there is not a body standing still in the entire filled to capacity arena.

As each hit plays an array of light show unfolds on the giant screen behind the duo. Its a menagerie of dancing pink figures, women and men running,  religious iconography and lasers that pulsate in time to the music, During ‘ Eve of Destruction’ , Norwegian ‘ Aurora slashed across the screen dressed as an astronaut of sorts. The show is one of the most visually spectacular performances to witness and the planning clearly meticulous.  The two hour set is flawless and the design is awe inspiring. 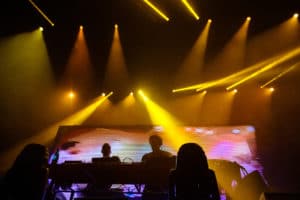 One thing about music is that it gives us as humans the ability to come together for a few hours and forget the outside world, to dance with strangers, sweat and sing with abandon. The Chemical Brothers have sparked joy in the hearts of Melbournians tonight and its no doubt its a show that will be remembered for a long time.