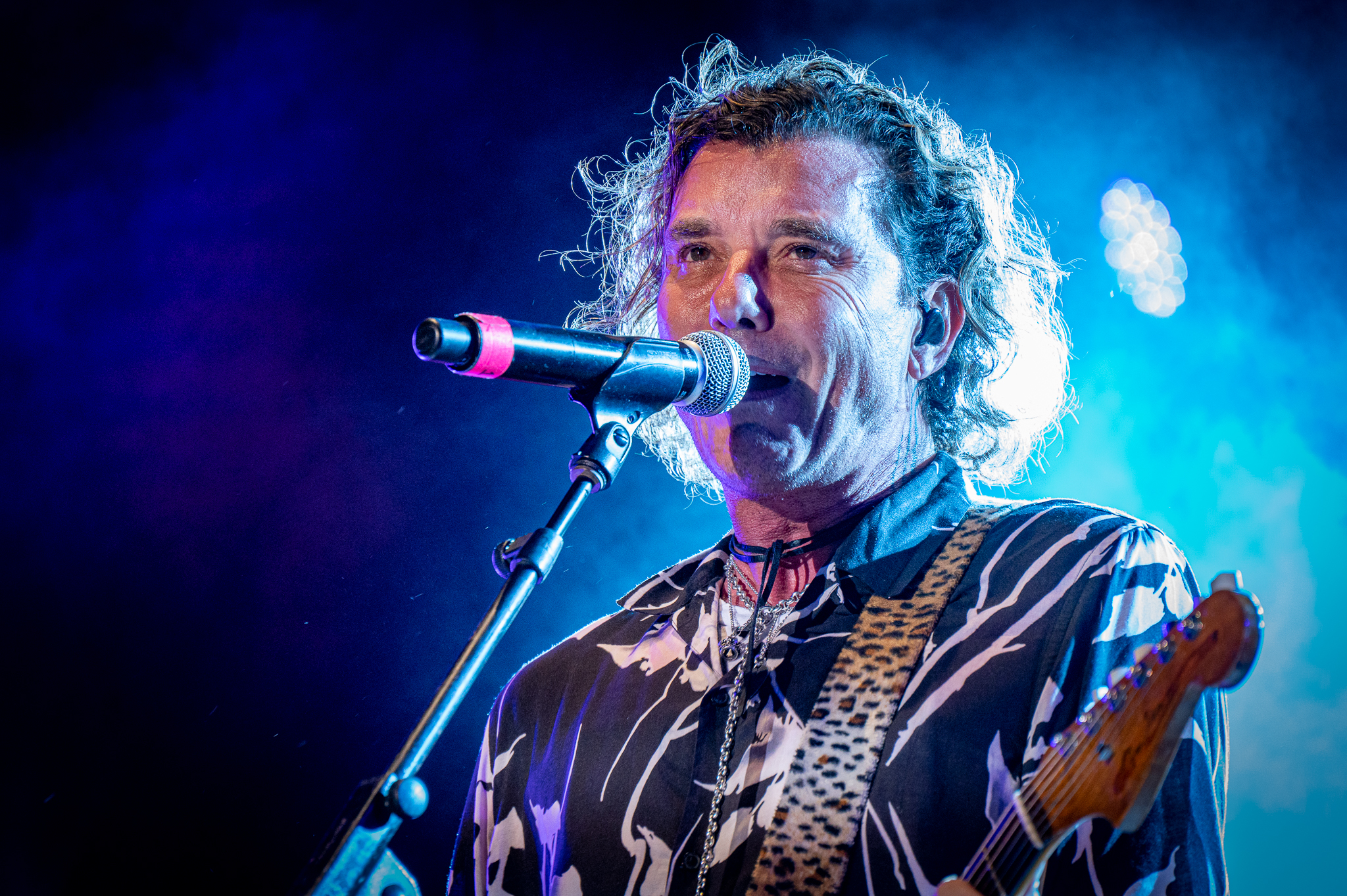 Under the Southern Stars
Hastings Foreshore

It was the festival that many didn’t think would happen, and as grinning punters made their way towards the entrance the excitement was palatable, an energy you could harness and excitement that was hard to contain.

Having waited eagerly for two years, Under the Southern Stars kicked off with Aussie legends Rose Tattoo greeting fans with undeniable energy. The sun was shining and beers were being slammed down as Angry Anderson paced the stage, revving the crowd up. Stalwarts of the Australian music scene Rose Tattoo are the perfect band to open the day, and just the elixir needed to get the crowd going.

Black Rebel Motorcycle Club are making sure their safe with faces covered, so its hard to tell what is going on when the singing commences, but  the crowd is soon won over and beers are raised in the air. Powering through hits Red Eyes and Tears, Hate the Taste, American X and Spread Your Love the trio get through the set with little fuss and plenty of exceptional playing.

Legends of rock Cheap Trick were up next, guitarist Rick Nielsen poking his head out of the side of the stage to view the masses of fans that had gathered to hear his band play. Robin Zander, looking every part the rock star in a white blazer shining in the sun with diamontes, proves to Australian audiences that they know how to entertain a crowd. Powering through hits Dream Police, Light Up the Fire, Baby Love and the iconic The Flame, Cheap Trick are captivating and fun, and every single person in the front rows are  singing along in glee. All too soon the set is over, finishing off with classic hits  I Want You To Want Me and Surrender.  The band eagerly thank fans for coming out, having the patience to hold on to tickets and leave promising to return to soon.

The sun sets over the water and it is dark and chilly as the original grunge gods Stone Temple Pilots make an entrance. Its been seven years since the tragic passing of Scott Weiland, and replacement front man Jeff Gutt has some big shoes to fill. And fill them he does, and then some. To describe Gutt’s performance as front man of the popular band the only words appropriate are: Un-fucking-believable.  Racing through a greatest hits with Wicked Garden, Vasoline, Big Empty, and Interstate Love Song, Jeff Gutt is captivating to watch, his voice reminiscent of Weiland but not an exact replica- he isn’t for one moment trying to replace what the band were before. He is phenomenal to watch, a performance that is memorable and energetic.

Gavin Rossdale crash lands onto the stage, like a tornado and it is all systems go for Bush. Opening with The Kingdom, Rossdale powers through virtually unstoppable. Fittingly as Chemicals Between Us plays images of what could be Covid virus graphics flash on the screen. Gavin Rossdale is an absolute force to be reckoned with this evening, as he works his way through hits Everything Zen, Bullet holes, Flowers in a Grave and Machine Head. Taking a more sombre approach to Glycerine – the song that put them on the map is a smart move- one guitar and one spotlight are perfection for the iconic hit. Ending the set with Comedown  is nothing short of absolute perfection and as the crowd sing along to Coz I don’t wanna come back down from this cloud/ its taken me all this time to find out what I need… there is a collective feeling that this day is exactly what we all needed.

Under the Southern Stars made history on the shores of Hastings, with it being the first international  festival tour in two years, and the day has been both a success and relief that we are back on the path to normal life resuming. Music is a powerful gift, the gift to unite people from all walks of life and make them forget all the bad in the world for just a few hours. With the help of Angry Anderson, Peter Hayes, Robin Zander, Jeff Gutt and Gavin Rossdale fans have united in what has been a fucking fantastic day, and something everyone will remember for years to come. Well worth the wait.