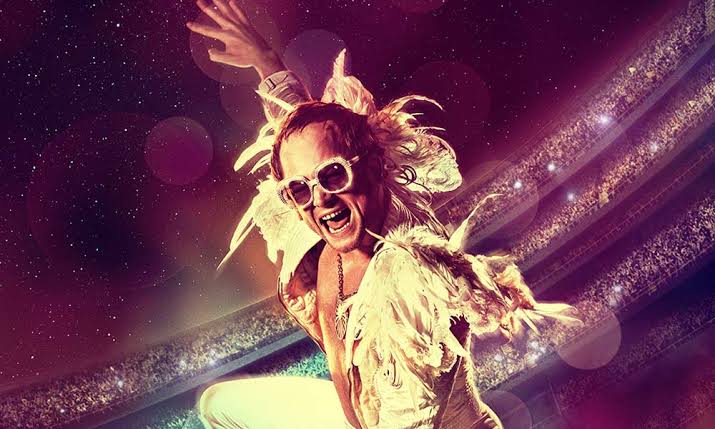 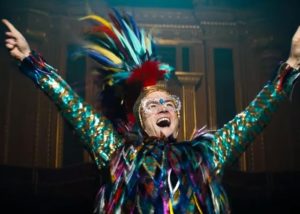 Elton Hercules John once was a little boy growing up in Middlesex named Reginald Dwight. He learned to play the piano at a young age and would eventually meet song writer Bernie Taupin ( played by Jamie Bell), the two collaborating for the better part of five decades to become one of the most successful musicians in history. Rocketman is the story of the life and music of Elton John.

The film begins with Elton (Taron Egerton) storming into rehab proclaiming “I’m an alcoholic, a cocaine addict, a sex addict, a shopaholic and a bulimic,” whilst  bedecked in an orange glitter jumpsuit complete with horns and giant wings. 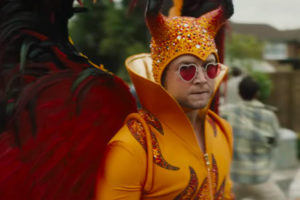 Rejected by his parents an un-loved Reggie goes on to become one of the highest earning musicians of all time. Played by Bryce Dallas- Howard Elton’s mother is cold and distant and strangely never seems to age throughout the movie, despite it spanning several decades. She borders on being a narcissist  at times with her rejection of her young son.

From his early scholarship at the Royal Academy of Music to his legendary performance at The Troubadour we follow Elton’s career as he rises to become a star.

As he re-invents himself he spirals into a dark time of addiction,  relying on cocaine, alcohol and prescription pills to fill a void.

The movie is all gloss and glitter as it glides through the life of Elton, frequently using song to punctuate the story. Details such as his short 1984 marriage to Renate Blauel are simply skipped over in a mater of moments and much of the supporting cast fail to develop any character, leaving questions unanswered.

The film is cheesy and camp, never really quite gritty enough to be taken too seriously. At times its quite fun, but it leaves viewers wanting a more authentic movie without the gloss, and leaves the question hanging: Who is Elton John? There is an air of not wanting to offend by keeping it mostly light hearted. This makes it difficult to really connect with the characters as they burst into song far too often.

As Elton Taron Edgerton gives a brilliant performance, notedly his singing throughout the film mimicking John with accuracy. Great attention has been payed getting John’s mannerisms and stage performances perfect.

A special mention needs to be made to costume designer Julian Day, who brings the flamboyant style of Elton to life in historical accuracy. From the sequinned Dodgers outfit to the excessive headpieces the costuming is breathtaking.

Whilst the film would have been better as a West End stage performance, it doesn’t fail to entertain even if its a glossed over account of the life of a troubled man that must face his demons and truly learn to love himself.