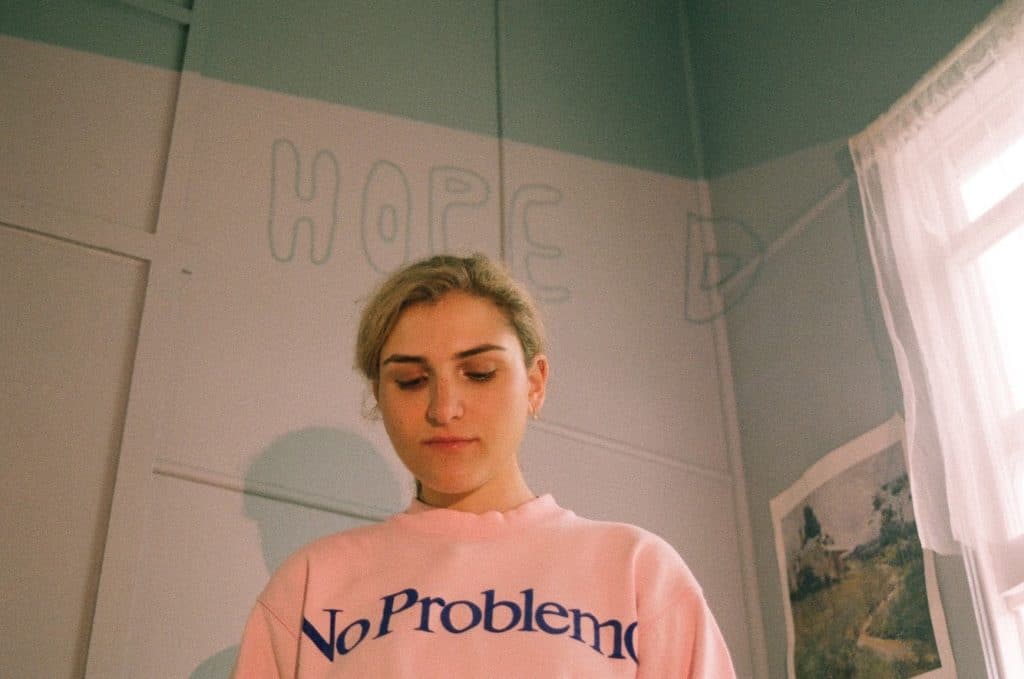 Making her break just last year, 2019 saw Hope D release her debut single “Swim” – which has over 200k streams, was given a high commendation at the Queensland Music Awards and a finalist spot for The Billy Thorpe Scholarship, and led to performances at BIGSOUND 2019, Splendour In The Grass, Laneway Festival, King Street Crawl, as well as sold out headline shows in her hometown Brisbane.

Remaining true to her ability to write personal and confessional lyrics that connect with listeners, this time Hope D has stepped up to the plate with a bit more punch. Now with a full band behind her, Hope shows a different side of her musical style, shocking listeners with a range of different sounds and themes.

“Second” marks the next stage of Hope D’s career as she once again proves to be one of the most exciting young songwriters emerging out of Australia right now.

As she heads out on her first ever tour this April, Hope has given us her dream rider – the holy grail of green room luxuries to get her through a live show.
.
1. Smashed avo + Feta Toast
That stuff is expensive at cafes, and I always manage to make it taste bad regardless of only being 3 ingredients
If it was in the green room I would lap that right up before a good giggity
2. Beds & massages
Pretty obvious. Us gals need sleep or we get cranky
3. Pre-made tequila shots already lined up with salt and lime
For me, I would totally have this one after we play but I’m certain the girls would cop this before even putting their gear down in the room
Bridget just got me back into tequila after being traumatised from it since grade 11, so this one is defs on the list
4. Brookvale Union Ginger Beer but in KEGS
Not just one keg, many-a-kegs. We FROTH this glittery juice, not too much else to explain except that it is god’s nectar that I could personally drink litres of
(Pls sponsor us @ Brookvale xx)
5. Multiple bottles of deodorant and perfume
Being shtinky before and after playing sucks, but that’s life
6. Uno cards (or any card game)
Jenna suggested this one and I know its just because she wants to beat us
7. School of rock on DVD and a large TV to watch it on
Jenna and Ainslie froth this movie so hard. We came back to mine after a gig once and put it on
I literally muted TV and they spat every word of dialogue even without subtitles. Was super impressed
8. Disposable film cameras
Not being able to see the potential monstrosity of an image straight after it being taken makes it more likely to be taken.
Would be so dope taking heaps before and after a big one and seeing what we got up to when they get developed. Or maybe it wouldn’t…
9. An area for pets with pet carers/
This one would be dope, Mikayla’s cat Haloumi could chill while her mumma goes and kills it on stage. And Lulu, Molly, Mia and Mr Shneebly too. We all have puppies, I just wanted to milk that Mikayla’s cat’s name is Haloumi, I think it’s the best thing ever. hahah milk
10.  Sushi platter but actually a sushi train
Yes a whole entire sushi train with kitchen attached for last minute cravings would be dope. And a ramen bar. This should be number 1, but i didn’t actually order this in importance, but just know if I did – this would be number 1.
Catch Hope playing in Sydney, Brisbane, and Melbourne on the following dates:
Friday, 17 April – Black Bear Lodge, Brisbane
Saturday, 2nd May – Golden Age Cinema, Sydney
Sunday, 3rd May – Grace Darling Hotel, Melbourne