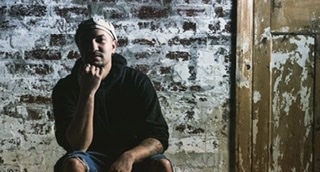 KJDBRD is an independent Melbourne artist who works closely with Juxta – Negro production house & ERFGNG entertainment . He’s a lyrical free-styling MC who makes his syncopated rhymes ebb and flow. Influenced and lead by life experiences, and the life of his late brother Daniel. His Dream Rider is full of essentials that do not follow a particular order.

1. Honey lemon ginger tea for the soothing throat and recovery from long nights on the stage and the studio ruthless after parties and jam sessions.
2. Some fruits and vegetables (sauteed), which are super underrated, for the same reason as above.
3. A good selection of alcohol to calm the nerves.
4. Some screens with basketball all-time highlights and some of the best live music acts and there stage highlights to encourage my performance.
5. Transport to and from the event highly underrated can get wild trying to leave a festival especially after performing, I need my own space
6. Some fresh clothes and shoes for after the set so I can throw my shit in the crowd
7. Some good people around and some honest company.

Having peppered the scene with music over the last few years, Melbourne independent artisthas dropped yet another of his old gems. His new single and video ‘Lose’ is personal promise not to give up on life no matter what.

View all posts by 27 Magazine
Older News: The Rubens Announce 27-Date ‘Live In Life’ Australian Tour – Their Biggest Yet! Newer News: BERNARD FANNING TO HEADLINE THE PENINSULA PICNIC THE MOST EXTENSIVE FOOD, WINE AND MUSIC GATHERING ON THE PENINSULA
Latest posts in the same category
News