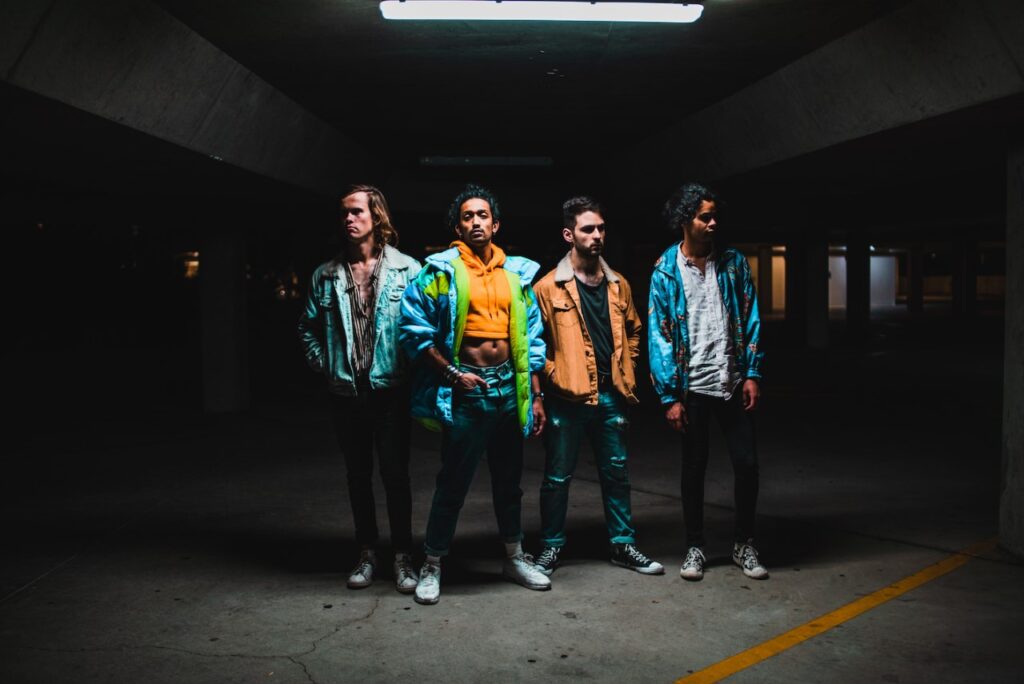 Immersive and soaring, one of Adelaide’s most exciting emerging bands Openfire. have today announced their explosive new single Wonderland, out now.
1. Zinger boxes, 4 of them to be exact… Do you think we could get KFC to cater? (Luka is definitely going to ask for an apple juice. We don’t know why):
Every week we will get together in studio to write, and we’ve tried to stray from tradition many times but we always end up at KFC together. It will just remind us of some good laughs, some good tears and the beginning of many really good songs.
2. Glitter in every colour, but for the face. You’ve never seen pure joy till you’ve had Luka run up and ask you to comment on the glitter he’s just put on his face. At this point it’s in our clothes, our instruments and he keeps losing his despite it being “a must” so we’re gonna need it for vibes. Plus it looks sick under the stage lights.
3. Beer and Gin … and tonic? Quanitity? Well, to put it simply, “the limit does not exist”. UNLESS you’re just about to play a show at Glastonbury, in which case the limit does not exist for Harry. You’ll have a hard time keeping that boy away from a drink haha.
4. An actual fountain of peppermint tea. Anthony got us all hooked on it and it’s good for the voice, which means that the more you drink of it the better you’ll sing yeah? Actually we’ll take a spa’s worth of peppermint tea. It’ll smell good too.
5. A Purple Fender Stratocaster…we can’t afford one, and this is a dream rider right?
6. A 35mm camera for the best gig photos, David, our media guy wants one and if we’re gonna get them sweet performance shots that boy gets what he wants. As for the rest of us, we’ll make do with some disposable cameras. Nothing is better than looking back on some physical photos.
7. Tom Ford Tuscan Leather cologne. That or the range of cologne by Comme De Garcons. We’ve got an actual phobia of B.O in this band. You might be several metres from the stage and we might be sweating like a bunch of boys about to sit a mid-year exam (something we have done, and sweated through together before) but you can bet your ass we smell good up there.
8.Mario Kart, look, it’s a well known fact that if any decisions need to be made, the person who comes first in Mario Kart gets the final say. We didn’t make the rules but we sure as hell are here to honour them.
9. Purple Rain or Miseducation of Lauryn Hill on vinyl
Two albums full of certified bangers and classics that have inspired us in the past, present and future. The amount of soul in those two records is both gonna rev us up and also calm the nerves.
10. A coffee machine, not just any coffee machine, we want one of those coffee machines that the baristas use. Rosh loves coffee way too much and we’ve been planning to see who can down more shots without having a full mental breakdown which would make for some serious stage presence
New single Wonderland out now.