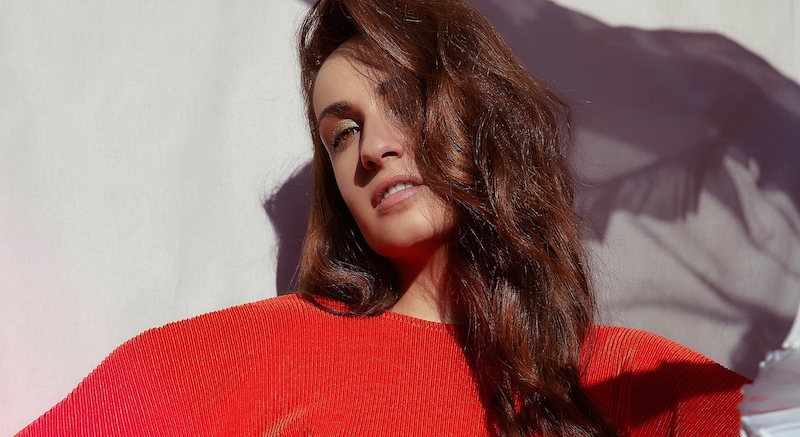 Sannia is a 5’2 noisemaker from the Mornington Peninsula whose propensity for sad girl pop is matched only by her questionable sense of humour. She’s often found on stage alongside veteran Uni mates and freakishly good musicians Nick Robinson and Jason Rodi.
Sannia has recently released her first single in over a year since her breakthrough debut single saw her touring with The Rubens.

Lemon and Honey in Camomile Tea

What do you call a printer that’s always Jammin?
Bob Marley
Obviously.

This one’s a request from the boys, our MD/Drummer Nick Robinson and Guitarist Jason GG Rodi have requested one of their favourite staples from the road. Bonus points if stale chips and a cold dinner are included. If unbranded-beer-that-tastes-funny is unavailable, the boys are impartial to a nice chilled choccy milk.

While on tour with The Rubens in Albury we discovered just how fun it is to play golf backstage into tea cups and drinking glasses rather than on an actual course. One of the proudest moments my life was beating Elliott Margin to a hole in one. He’s bloody good at golf alright?

It’s not a Sannia gig unless I’ve spent at least 10 minutes alone in a bathroom in total silence breathing very slowly. Administer lemon and honey tea to soothe this hard-core rock kid down.

Just give us ten minutes to bump in our gear and we’ll get out of the loading zone, Geoff.

Sannia loves a good disposable camera to harass people with at the most inopportune moments. Or if a Kodak disposable isn’t in hand, I’ll most likely be slow zooming in on an inanimate object for the gram. There’s a strong chance I’ll ask for your advice on the filter while you’re tuning up. But on the plus side we’ve got years worth of content and a lot of priceless backstage memories on film.