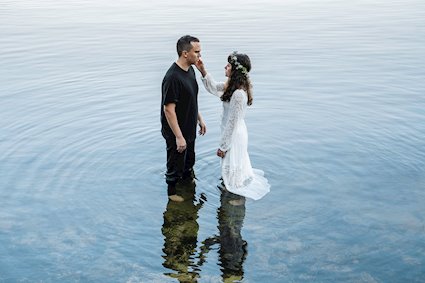 Charlie-Moon Meader’s latest single delivers an open-hearted desire to follow intuition and connect with the intangible elements of home. I Wanna Go Home is at once wistful and hopeful, it’s soulful croon a modern howl that prepares Charlie-Moon for his next chapter.
With a contemporary edge, I Wanna Go Home slides and snaps its way through the relatable story of trying to find your way to a place of genuine connection when you are not sure where that dynamic exists. Over a spacious R’n’B groove, Charlie-Moon’s voice is wonderfully warm, inviting you into his quest to find his way.

Charlie-Moon Meader was born in Sydney and grew up in Perth before moving to California. On return to Perth, his passion for music and dance led him to the Western Australian Academy of Performing Arts (WAAPA) where he studied Jazz. Developing his repertoire and developing a comprehensive list of inspiration such as Justin Timberlake, Frank Ocean, Bruno Mars, Frank Sinatra, Stevie Wonder and James Brown, Charlie-Moon Meader is now the frontman for The Ellington Jazz Club’s Funked Up Late Night Party.

‘Performing hits such as '99 Problems', 'Let Me Love You', 'Ride' and '21 Questions' with vigor and passion, and adding his dance moves into the mix, he and his band had the club on their feet.’ - scenestr.com

Charlie-Moon Meader’s training, experience and innate talent find him poised at the crossroads of his next chapter. After two EPs and 2018’s single, The Lonely Life, Charlie-Moon is set to follow I Wanna Go Home with an EP of smooth rhythms, emphatic melodies and stories that draw upon his time as a traveller and performer. Treading the tried and true path of the greats who preceded him, Charlie-Moon Meader is bound to find his home.

View all posts by 27 Magazine
Older News: The Angels & Baby Animals Team Up For Split Single & Co-Headline Tour Newer News: atboy Slim Is Heading Down Under For A Run Of Massive Headline Shows In Jan & Feb 2020 | With Special Guests 2manydjs Performing DJ Sets At All Shows
Latest posts in the same category
News