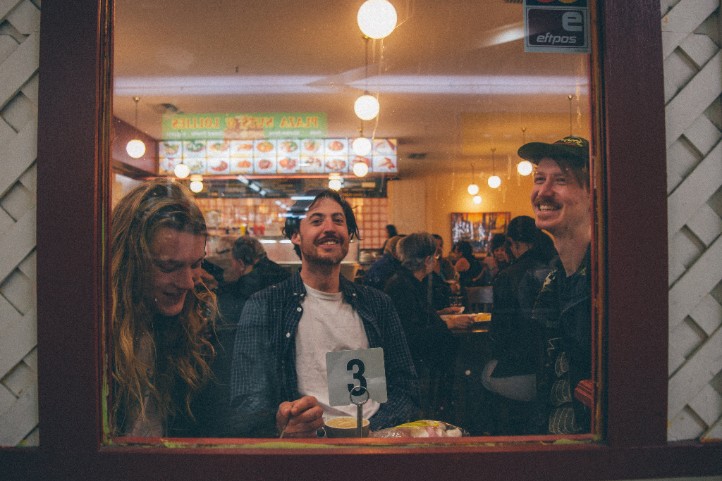 Today, RAT!hammock prove to be more than just the cutest Google Image search on the Internet, as they present a ‘Groundhog Day‘ inspired video for brand new single ‘June’, which premiered on triple j Unearthed yesterday.

Getting caught in the monotony of day-to-day life is a cross we all bare sometimes. Melbourne three-piece RAT!hammock’s new video, sees vocalistJackson Phelan‘s life buffering, waking up in an endless loop of breakfast, band practice and unnerving perplexity.
The single was recorded at Northcote’s Los Bomberos Studios by Sam Swain (Tetrahedra, Woy, Josh Cashman) and sees the band mature sonically, while staying tapped into their contagious jangle pop influences, employing cascading acoustic guitars, earnest, stream of consciousness lyrics and propulsive percussive elements throughout ‘June’. In his own words, front man Phelan explains the song as being about ‘going down with the ship in a sweet blaze of chemical glory’.

RAT!hammock have only been a band for 18 months, but have already made an indelible mark on the notoriously tight-knit Victorian music community and national landscape, selling out several rooms across Melbourne, being championed by community radio, triple j and having toured nationally with Tiny Little Houses, The Cactus Channe, Angie McMahon and Jarrow.

‘June’ signifies the beginning of a new chapter – kicking it into high gear,
September will see RAT!hammock showcase at BIGSOUND and launch into a single tour stopping over at all their favourite haunts in Sydney, Melbourne and Canberra. They’ve polished off their forthcoming sophomore EP too, which is due out later this year.

‘June’ is OUT NOW. Catch RAT!hammock showcasing at BIGSOUND and on their single tour throughout September and October.