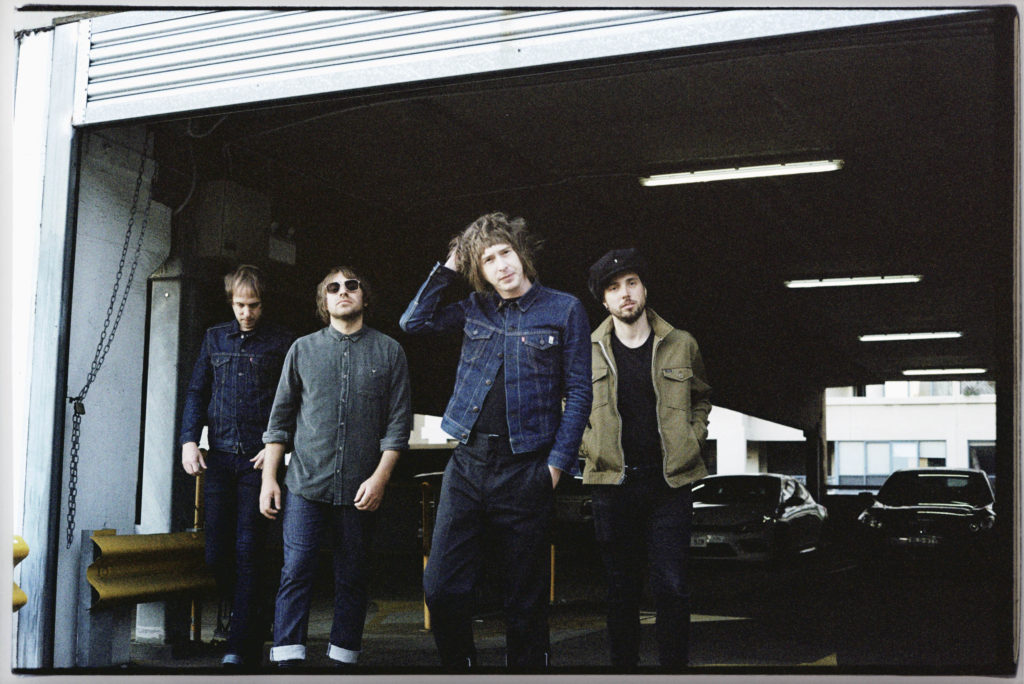 Teetering on the fulcrum between shambolic and refined, The Delta Riggs have become a hallmark entity among the Australian indie music scene. The Delta Riggs have just release their highly anticipated fourth studio album ‘Modern Pressure’, as well as an accompanying music video for the title track.

“We feel ‘Modern Pressure’ is a release that Riggs followers have always wanted,” says frontman Elliott Hammond. “The essence of the album is both heartfelt and volatile. We pushed ourselves to the edge. We really hope you enjoy it.”

Exuding maturity drawn from thoughtful reflection and newfound perspective, ‘Modern Pressure’ demonstrates a coming of age for the band through its poignant and personal songwriting; something the band hopes will resonate with those who listen.

As such, their fourth record ‘Modern Pressure’ is an account of many lows. Tackling the loss of identity and connection in a digital age, relationship breakdowns, through to the experience of existential crisis and the finality of life, the album is a sincere and poignant reflection of the modern experience.

Despite modern pressures, The Delta Riggs have stayed true to themselves. They’ve remained busy on the road, meeting and performing for real people, listening to their stories and creating genuine connections. It’s these stories, mashed with sweat, swagger, and guitars that has influenced ‘Modern Pressure’, out now on Inertia Music.

In support of the release, The Delta Riggs will head out on an exciting run of club shows across the country in November and December.

THE DELTA RIGGS
APPEARING AT…