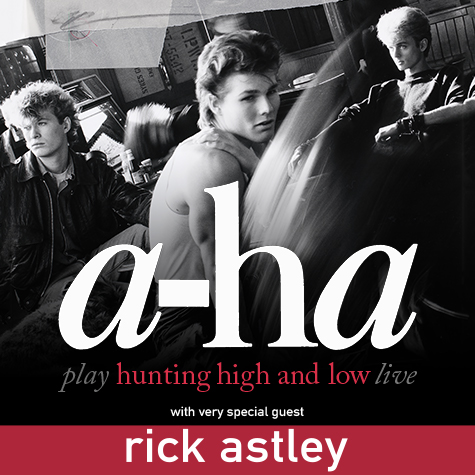 A-HA
FIRST AUSTRALIAN TOUR IN 34 YEARS
+ FIRST NEW ZEALAND TOUR EVER
PLAYING HUNTING HIGH AND LOW IN FULL
IN FEBRUARY & MARCH 2020
WITH VERY SPECIAL GUEST RICK ASTLEY
a-ha will tour Australia & New Zealand next February & March with very special guest Rick Astley!
Touring in celebration of the 35th anniversary of debut album Hunting High And Low, this will be the band’s first tour to Australia since 1986, and their first to New Zealand ever!
They will be performing their seminal debut album in full, including the unforgettable ‘Take On Me’, ‘The Sun Always Shines On TV’, ‘Train Of Thought’ and the title track, ‘Hunting High And Low’
Joining them is Mr ‘Never Gonna Give You Up’, Rick Astley, bringing that iconic tune as well as his other smash hits ‘Whenever You Need Somebody’, ‘Together Forever’, ‘When I Fall In Love’, ‘She Wants To Dance With Me’ and ‘Cry For Help’
Also performing a day on the green outdoor events in Australia and New Zealand
Frontier Touring and Roundhouse Entertainment are excited to announce that Norwegian pop icons a-ha are returning to Australia for the first time in 34 years, before heading to New Zealand for the very first time! They’ll be joined by very special guest Rick Astley at all February & March 2020 shows, taking in Sydney, Melbourne, and Christchurch, as well as a day on the green events in Australia and New Zealand.

“We have so many great memories of our Australian tour of 1986 and look forward to making new ones. And we can’t wait to play in New Zealand for the first time – we’ll be comparing your fjords with our Norwegian ones!” – Paul Waaktaar-Savoy

a-ha will be performing their seminal debut album Hunting High And Low in full to celebrate its 35th anniversary as well as other favourites from across their career.

Selling more than 11 million copies worldwide, it includes the unforgettable ‘Take On Me’, which reached #1 on the Australian charts, as well as follow-up hits ‘The Sun Always Shines On TV’, ‘Train Of Thought’ and the title track, ‘Hunting High And Low’.

Still so unique decades on, the music video for a-ha’s ‘Take On Me’ won six MTV Awards, seven Billboard Music Awards, was nominated for Grammy and American Music Awards and is approaching one billion views on YouTube. The song has been covered by artists as diverse as Metallica, Madonna, Tori Amos, and most recently, Weezer, Jimmy Fallon and The Roots on The Tonight Show.

“Australia was the country we played our first ever live concerts and was our first brush with worldwide fame. It was a thrilling adventure to be there on the opposite side of the world and it’s a thrill to return in 2020 – finally we will be back where it all started!”
– Mags Furuholmen

a-ha, the Norwegian trio who dominated pop charts worldwide during the ’80s, still regularly play stadiums and festivals. Singer Morten Harket, keyboardist Mags Furuholmen and guitarist Paul Waaktaar-Savoy have sold more than 55 million albums and remain one of the UK and Europe’s most loved pop bands. Alongside ‘Take On Me’, the trio have scored global hits with the James Bond theme ‘The Living Daylights’, ‘Cry Wolf’, ‘I’ve Been Losing You’ and 2005 Max Martin collaboration ‘Analogue’. Their most recent release was a 2017 MTV Unplugged collection featuring collaborations with Echo & The Bunnymen’s Ian McCulloch and Alison Moyet.

a-ha have fans in some of music’s brightest lights – U2’s Adam Clayton, Morrissey, Robbie Williams, Pet Shop Boys, Kanye West – the list goes on. Coldplay’s Chris Martin has repeatedly referred to them as one of his “favourite bands of all time”, covering their music live and even inviting the band onstage to perform together.

Not surprisingly, a-ha can’t wait to return to Australian shores again. As they say, “There’s not one song on that album we’re not looking forward to playing live.”
‘Joyful comeback! When a-ha roll out their whoppers the atmosphere goes through the roof.’ – The Guardian

‘The spine-tingling moment when we hear Morten’s haunting high notes… ‘Hunting High And Low’ takes this surreal atmosphere up a notch and, as the audience sing along, it’s an almost spiritual experience.’ – Manchester Evening News

‘Screams of instant recognition greeted the insistent drumming and hard-to-resist keyboards of ‘Take On Me’. With Harket hitting that high note like it’s 1985, it was worth the wait.’ – Jerusalem Post

‘[Hunting High And Low is] one of the albums that have stood the test of time and still sounds great today.’ – NME
In 2016, Rick Astley released 50, his first UK #1 album since his 1987 debut and featured the smash hit ‘Angels On My Side’, marking his milestone birthday. Last year, he followed up the platinum-selling record with another wholly self-penned, performed and produced album, Beautiful Life, featuring the lead single/title track ‘Beautiful Life’, ‘Try’ and ‘She Makes Me’. Astley continued his heavy touring schedule of headline shows, festival spots, and support slots with the likes of Take That and Kylie Minogue. Check out his rendition of Calvin Harris’ ‘Giant’, filmed during his recent tour with Take That, and that time he joined Kylie on stage in London’s Hyde Park to perform ‘I Should Be So Lucky/Never Gonna Give You Up’ together!

With a treasure trove laden with shimmering pop hits, a-ha are set to thrill fans down under next year on their first ever visit to New Zealand and their first to Australia in 34 years, with very special guest Rick Astley. Tickets won’t last long!

Presented by Roundhouse Entertainment
Visit adayonthegreen.com.au for more information
Patrons are advised to purchase tickets only through authorised ticket sellers.
We cannot guarantee any ticket purchase made through any means other than
the official ticketing agents listed on the Frontier website. 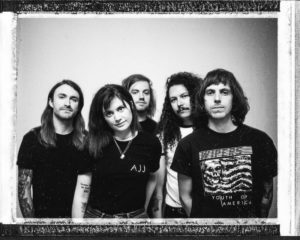 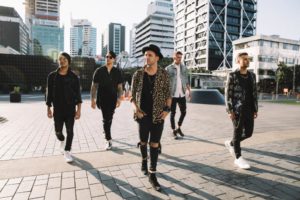