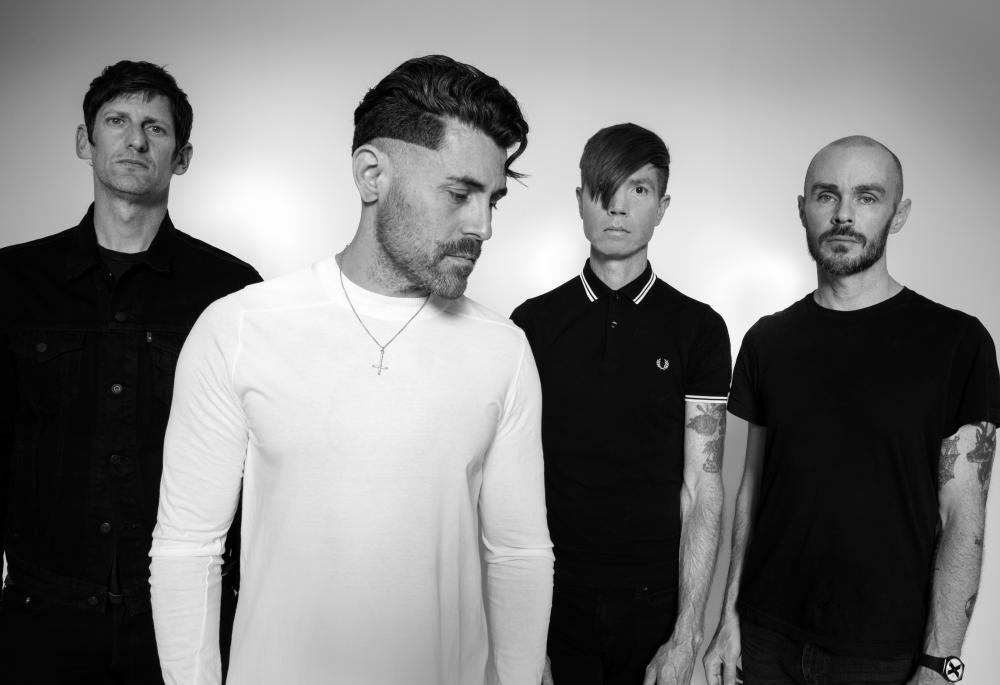 About the song, AFI guitarist Jade Puget (who also produced and mixed the EP) says, “This was the ideal song to kick off the EP. From Adam’s big drum fill at the top all the way through to the end, it’s just a quick burst of frenetic energy. I brought the song in and was playing it for Davey and he threw out the line, “my Trash Bat” and I thought, how can you lose with a title like that? What is a Trash Bat anyway? Who cares!”

“Trash Bat” follows the surprise-release of “Get Dark” (heard HERE), which Brooklyn Vegan praised for being “the kind of catchy, driving punk that will bring you right back to [AFI’s 2003 album]Sing The Sorrow. Stereogum called the track a “rager that’s both propulsive and thoroughly produced” and Consequence Of Sound described the track as having “a bit of a new wave meets Social Distortion vibe.”

Both “Get Dark” and “Trash Bat” are available as instant downloads by clicking HERE to pre-order The Missing Man ahead of its December 7th release.

The Missing Man follows last year’s AFI (The Blood Album), which hit No. 1 on Billboard’s Alternative and Hard Rock Albums Charts and No. 5 on The Billboard 200. It was the band’s second consecutive Top 10 Billboard debut following 2013’s Burials.

Alternative Press and Q gave AFI (The Blood Album) 4 stars each, AV Club said it sounded like the band are “as fired up now as they were 25 years ago,” People magazine made it a Pick of the Week, Kerrang called it a “serious contender” for the Best Albums of 2017 list, The 405 praised it as “their strongest album in a decade” and ABC News gave it 3.5 stars and described it as “a dynamic record that should please both old and new fans of the band.”

Since the release of 1995’s debut album Answer That and Stay Fashionable, AFI (Havok, Puget, drummer Adam Carson and bassist Hunter Burgan) has written and recorded five top ten hit singles (“Miss Murder,” “Medicate,” “Love Like Winter,” “Silver and Gold,” “Girl’s Not Grey”), hit No. 1 on The Billboard 200 (with the stunning Decemberunderground), garnered worldwide critical acclaim and amassed a fiercely loyal global following whose members number in the millions.

AFI’s The Missing Man EP will be released on Friday December 7. It is available for pre-order now at all digital stores and online streaming platforms HERE.