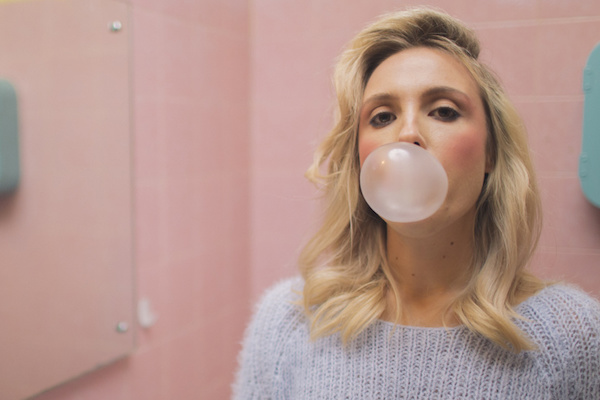 ALI BARTER RETURNS WITH
‘UR A PIECE OF SHIT’ TOUR

Performing in Melbourne & Sydney this April

Fresh from touring with the iconic Liz Phair, Ali Barter has announced her headline return dates this April, as part of the ‘Ur a Piece of Shit’ tour. An affectionate reminder that we’re all here, doing our best – Ali will be previewing some new music at Howler in Melbourne on April 5 and at Sydney’s Lansdowne Hotel on April 11.

The past two years have seen the former choirgirl and triple j Unearthed winner came into her own since the release of her debut album A Suitable Girl to triumphant reception in 2017, including a top 20 debut in the ARIA charts, and lead single ‘Girlie Bits’ taking out a spot in the triple j Hottest 100. The album was feature album across triple j, FBi Radio, Radio Adelaide and Rabbit Radio, saw airplay support on Beats 1 and Radio 1, was heralded by Tone Deaf as “an album that struck a nerve with Australia”, with Sydney Morning Herald proclaiming “Barter’s star is clearly rising”. On the live front, she completed two sold out headline tours and multiple festival slots, supported The Rubens, The Jezabels, Stevie Nicks and Chrissie Hynde and and did an extensive 40 date regional tour with The Preatures throughout 2018.

Ali’s breakout track ‘Girlie Bits’ has since well-solidified it’s status as a beloved anthem about the pressures of societal expectations for women, with Ali recently sitting down with triple j’s Linda Marigliano to deconstruct the song’s beginnings and ever-evolving message as part of the Inspired podcast series, listen here.