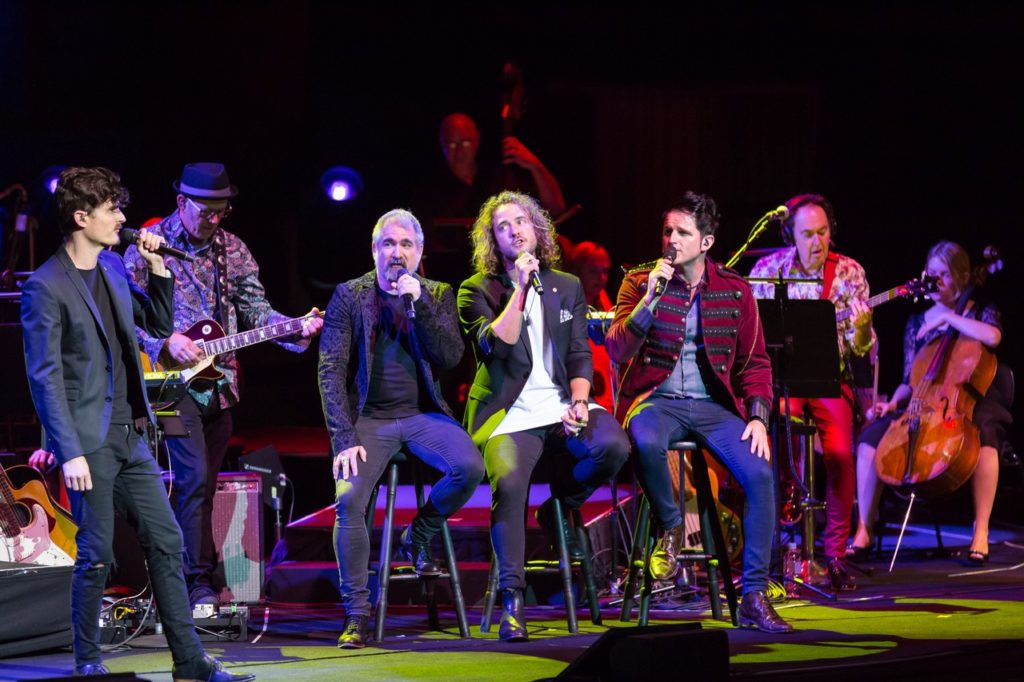 Over 50 years since The Beatles first started to play and record together, their music is as popular as ever.

All You Need Is Love, the live music concert featuring a selection of some of most loved Beatles tunes announce new shows in Sydney and Melbourne!

The Sydney Opera House will host a 3rd concert at 4.00pm on January 4.
Melbourne will host a 2nd show on Friday, February 22 at Hamer Hall.

ALL YOU NEED IS LOVE celebrates the songs that captivated a generation and continue to inspire music fans across the world. A selection of The Beatles’ great songs are brilliantly performed live by Jack Jones, Ciaran Gribbin, Rai Thistlethwayte and Jackson Thomas and accompanied by the 35 piece Strawberry Fields Rock Orchestra.

Included in this stellar performance, will be live renditions of Beatles epics, including I am The Walrus, Eleanor Rigby, Yesterday, A Day in the Life, Across The Universe, Let It Be, Hey Jude and many more.

To celebrate the distinctive contributions made by The Beatles collaborator, arranger, orchestrator and producer, George Martin, there is a super charged rock band playing alongside all virtuoso hand-picked Strawberry Fields Orchestra.

Together for a mere ten years, the Beatles led a musical revolution that radically transformed the sound and significance of rock & roll.
Producers Phil Bathols and Tim Woods have received praise and recognition for their Beatles’ shows including Let it Be, The White Album Concert and Beatles Back2Back.

All have been well received by fans, bringing together Australia’s finest musical talents and delivering a faithful, quality live music and sound experience.

All You Need Is Love is your opportunity to celebrate The Beatles in a rock and symphony concert event.

ARTIST INFORMATION:
JACK JONES : Since his time as a multi-platinum selling artist as the lead singer/guitarist of Southern Sons, Jack has gone on to international acclaim performing with Matchbox Twenty, Whitesnake, Judas Priest, Spandau Ballet, Tears For Fears, Alice Cooper and Carlos Santana.
He continues to tour internationally and has previously won HMV Album of the Year and nominated in the Best Rock Band category in the MusicOz Awards.

CIARAN GRIBBIN: In 2011, Ciaran made the big move from Northern Ireland to Sydney, Australia to join INXS as their singer and co-songwriter and has since toured extensively with them to much acclaim throughout South America, Europe and Australia. Pre INXS, Ciaran played countless shows with artists including Paul McCartney, The Script and Gotye. As a songwriter, he co-wrote Madonna’s Grammy nominated Celebration and has co-written Hey Baby Doll, a big, on-camera song performed by Al Pacino in the new movie ‘Danny Collins’. In September 2013 he performed at the ‘Rock In Rio’ music festival followed by a week in Los Angeles for talks and meetings with movie music supervisors and co-songwriters. Ciaran has just signed a new worldwide agreement (excl. ANZ) with the Snow Patrol owned publishing company Polar Patrol Music Ltd.

RAI THISTLETHWAYTE: Rai is one of Australia’s most respected musical talents: a highly accomplished pianist, guitarist, vocalist and songwriter. His band Thirsty Merc has sold over 250,000 albums and has been nominated for 5 ARIA awards. Aside from his work in Rock and Pop, Rai performs as a solo artist, basing his performance around his first instrument – piano – and his love of Jazz, Soul and Funk Music. He has released four solo EPs and has toured extensively in Australia and the US since 2012.

JACKSON THOMAS: Jackson is a Melbourne based musician who came to the Australian public’s attention on The Voice 2014. Finishing 2nd, he knocked out all of the “favourites” of the show to be Ricky Martin’s last man standing. After The Voice he toured with Ricky Martin in May 2015 and opened for Robbie Williams 2014 tour. Jackson has a rare quality that captivates an audience and moves people emotionally.