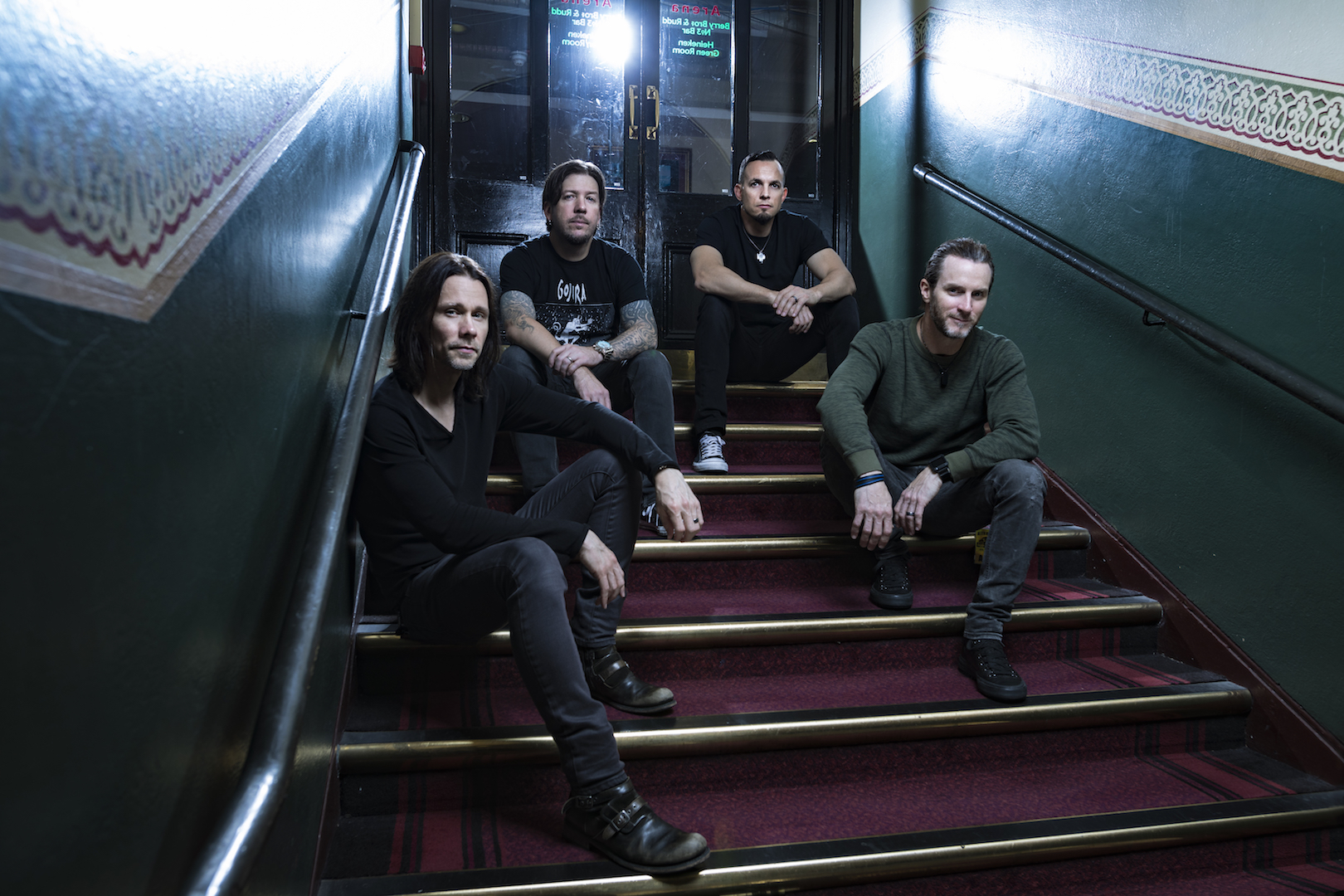 After 14 years performing together, five full-length studio albums, and countless sold-out shows around the globe, there aren’t many items left on a band’s bucket list. For Alter Bridge, one of the remaining list items was crossed off in October 2017 when the band performed two sold-out shows at London’s iconic Royal Albert Hall backed by the 52-piece Parallax Orchestra led by conductor Simon Dobson. Those career-defining shows were captured and combined in the upcoming Napalm Records worldwide release Live At The Royal Albert Hall on September 7th.

“I think out of all the years of doing this [music], this experience is the top two or three highlights without a doubt. It’s something that none of us are going to forgot,” explains Myles Kennedy in a recently released trailer that can be seen here:

Live At The Royal Albert Hall is a 21-song collection that features some of Alter Bridge’s biggest hits, fan favorites and even a couple of rarities including “Words Darker Than Their Wings” – a song the band had never played live previously. Songs like “Before Tomorrow Comes,” “Ghost Of Days Gone By,” “The Last Hero,” and “Broken Wings” all find new life with the unique arrangements presented by Dobson and the Parallax Orchestra performing alongside the band. The pre-order for the release is live and fans can order various audio and video configurations including Blu-Ray, DVD, CD and Vinyl as well as other unique bundles with exclusive content.  A portion of the proceeds from all sales will go to the Future Song Foundation; an organization that Myles Kennedy is closely involved with. The first track released from the collection is the band’s chart-topping single “Addicted To Pain.”

Alter Bridge burst onto the music scene in 2004 with the release of their gold-selling debut, One Day Remains. In 2007, the band released Blackbird, the album that elevated the band’s profile worldwide. The epic solo in the title track “Blackbird” was voted “Greatest Guitar Solo Of All Time” by Guitarist Magazine. ABIII was released in 2010 and the single “Isolation” gave the band their first #1 single. In 2013, the band reached an elevated creative and critical plateau with Fortress. It bowed at #12 on the Billboard Top 200, moving over 30,000 copies first-week and earning unanimous tastemaker praise. The record garnered perfect scores from Total Guitar and KERRANG! as well as acclaim from Billboard, The Guardian, Loudwire, Ultimate Guitar, and many more. In between sold out tours in Europe and North America, the guys appeared on VH1 and graced the cover of Classic Rock Magazine who labeled Fortress, “The best thing they’ve ever done,” while Eddie Trunk called it, “A top 10 album of the last 10 years.” 2016’s The Last Hero gave the band their first Top 10 album since their debut. Alter Bridge has appeared on The Tonight Show and Jimmy Kimmel Live and their music has been used by the WWE, Major League Baseball and NASCAR to name a few.