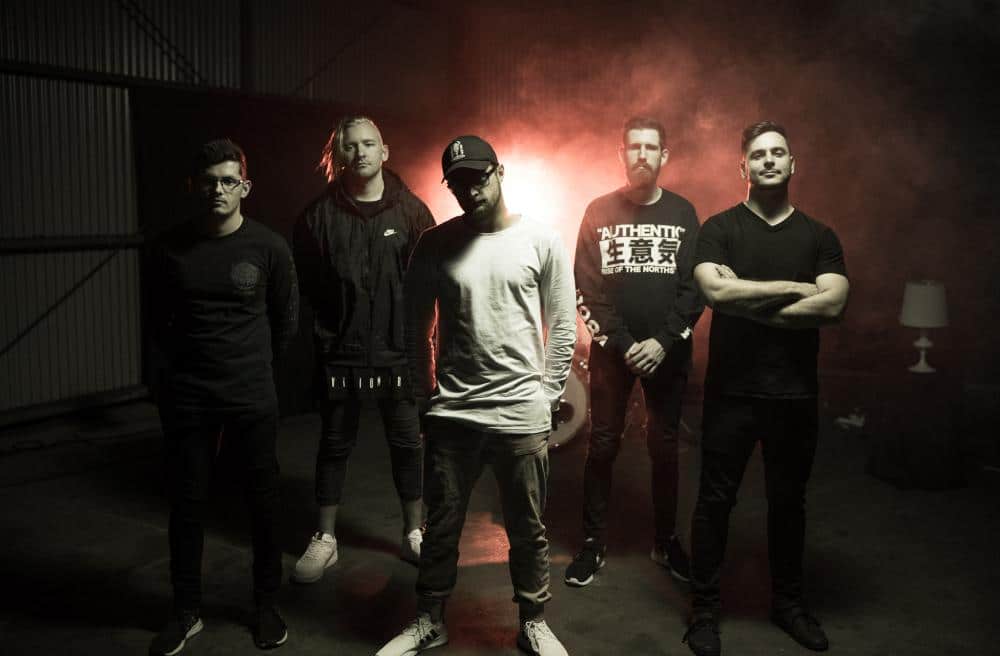 Geelong’s metalcore five-piece Amberyse today drop their huge new single “Glass House” and announce a short tour to accompany. The single will be live for streaming and purchase from this Friday May 3 and can be pre-saved at bit.ly/GlassHouseSpotify. They are also today announcing a short and sharp release tour, heading to Sydney, Melbourne and Geelong!

The track “Glass House” is produced, mixed and mastered at The Loud Noise Estate and at its core is about drug abuse and struggling to overcome addiction. Vocalist Jayden Andrews explains that the track is “…about someone who wants to break out of the lifestyle they’ve fallen into, but is fighting against others who are trying to pull them down. “Glass House” is a struggle of self, a fragile state.”

The music video that accompanies the single is produced and directed by Jackson Webster Visuals and takes the theme of addiction and visualises it on a broader term. The video builds on the idea of battling oneself on a daily basis to overcome the ‘darkness’ that lies inside through drug addiction, anxiety and depression. The chess board represents the loss of time and the struggle to keep a sense of self. Marcel Gadacz of Dream on Dreamer provides the cover art visual for the single, featuring the singular chess piece, tying in with the music video and the representation of time.

Forming in early 2015, Geelong’s own Amberyse wasted little time establishing themselves as a fiery and energetic collection of musicians with a dynamic stage presence. The groups blend of heavy/melodic riffs, groove riddled percussion and the frenzied energy of frontman Jayden bring together a unique sound that they are proud to call their own. Numerous line up changes stunted the groups growth, but after stumbling across an array of new members that have brought new sounds and dedicated commitment, the band have been able to solidify their lineup as Jayden Andrews on vocals, Liam Lynch and Jamie Townley on guitars, Adrian Trinchera on Bass and Corey Mole on drums.

The release of their last creation ‘Heavy Hands’ in 2018 has seen the group land some big shows, playing with the likes of Northlane, In Hearts Wake, Ocean Grove, Hands like Houses and Deez Nuts.

June brings with it three red hot Amberyse shows for ‘The Glass House Tour’ in which the band will be bringing the fire to Sydney’s Crowbar, Melbourne’s Stay Gold and Geelong’s Workers. Tickets available at www.amberyse.com/shows.

“Glass House” is out Friday May 3 and will be available through iTunes & Apple Music/Spotify/Google Play and all good online stores and streaming outlets. Tickets are on sale now for Amberyse’s Glass House Tour at amberyse.com/shows.