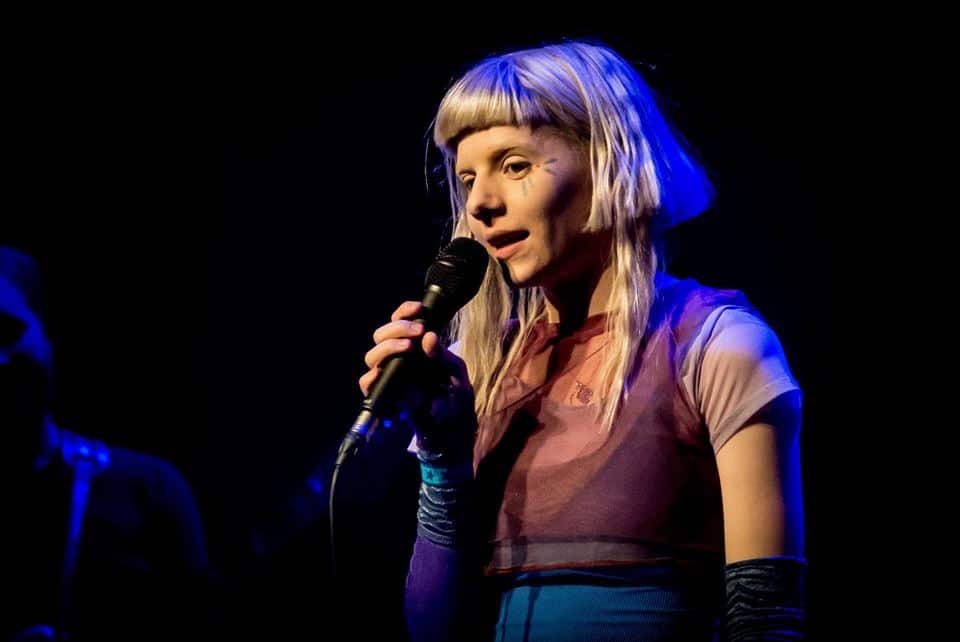 The forum is awash with blue light this evening for the performance of Norwegian songstress Aurora, large jellyfish suspended from the ceiling adding to the underwater atmosphere.

Support act Tones & I opens the show, her enigmatic voice ringing out across the gilded ceiling. At times she comes across as a little self conscious, however regardless of hiding behind a cap she has a powerful voice that is memorable and captivating.

Aurora arrives in a flurry of tulle and blue, her face painted in trademark stripes, much of the audience mimicking her style. She is enegetic, enigmatic and endearing.

During a short break fans gift Aurora with a bevvy of gift bags, to which she graciously thanks them for, displaying a large pine cone that she informs the audience she loves. She is a delight to listen to as she tells her stories and she captivates the audience with her candid humor and sweetness.

Playing a mixture of songs from both albums, her performance is enchanting, the jelly fish changing colour throughout. ‘ Through the eyes of a child’, ‘ Murder Song’  and ‘ Animal’ are all crowd favourites. When someone in the audience lets out an impromtu howl, the audience begin to collectively howl, the perfect lead in to ‘ Running with the Wolves’ which has the room errupting in dance and flailing arms.

Finishing up with ‘ Warrior’ Aurora has delighted and captivated the audience, drawing them into her world for an evening, only to release us all from her spell, wanting more.