News: Ash Grunwald Is Back!

HomeNewsNews: Ash Grunwald Is Back!
News 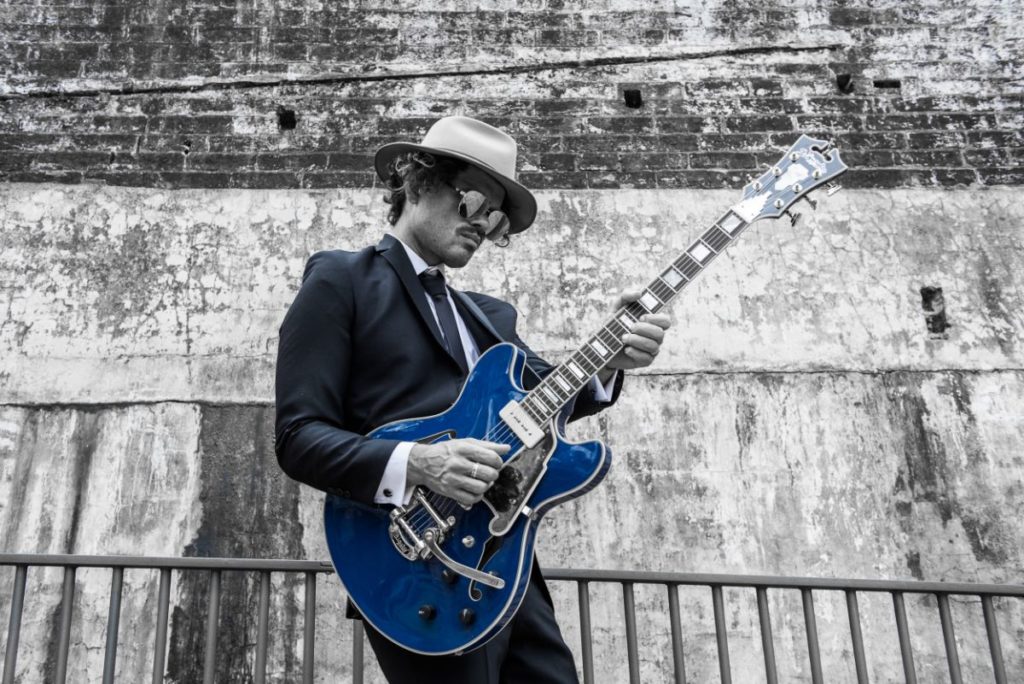 ASH GRUNWALD IS BACK!

Acclaimed as one of Australia’s finest storytellers and live performers, Bloodlines is proud to announce that Ash Grunwald has joined the family, and will release his new album Mojo on Friday 30 August. Mojo is preceded by the single ‘Whispering Voice (feat. Kasey Chambers)’, which is available now.

“At this point, Mojo represents a journey through my own valley of darkness, and out the other side into the fresh sunlit glory of optimism and positivity. This may sound like a cliché, but when you’ve lived it it feels very different.

“I’m so grateful to the universe, my wife and my team around me for giving me the space and encouragement to get back on my feet and start leaning forward into the mountains of musical accomplishment that lay before me.

“Mojo is a five year documentation of the twists and turns of a turbulent time in my life. It is my life’s work up until this point,” Ash says.

Bloodlines have also acquired the rights to Ash’s entire back catalogue, including the ARIA-nominated albums I Don’t Believe, Live At The Corner, Give Signs, Fish Out Of Water and Hot Mama Vibes, plus Ash’s collaboration with The Living End’s Scott Owen and Andy Strachan, 2013’s Gargantua.

The new album will coincide with the release of Ash’s first book, Surf By Day, Jam By Night (published by Pantera Press). The book combines Ash’s two passions – music and surfing. From heavy wipe-outs to heaving crowds, the book gives an insight into the minds of true legends who have mastered the artforms of surfing and music. Through conversations with Kelly Slater, Steph Gilmore, Jack Johnson, Dave Rastovich, Jaleesa Vincent, G. Love, and many more, Ash discusses flow states, jamming versus shredding, style, transcendence, fear, career longevity, growth mindset, mindfulness and what it’s really like to live your dreams. Surf By Day, Jam By Night is an inspiring book that encourages us all to look inside ourselves and chase the things that truly make us happy.

“The day after signing this book deal I jumped on a plane and found myself in Kelly Slater’s kitchen playing the guitar that Ben Harper gave him,” Ash smiles. “Mere hours later I was in Malibu jamming with Steph Gilmore, getting the lowdown on how to manifest dreams into reality. I’m living the dream! I feel like Hunter S. Thompson, without the acid, and I can’t wait to take you all along on the ride.”

Alongside the release of his new album and book, Ash has teamed up with Pratley Guitars to release his own signature guitar. The RBJ-90 Ash Grunwald is a semi-hollow electric guitar, designed to pay homage to old school blues guitars. Made with unique Australian tone woods, it has a classic look and sweet tonality.

If all this wasn’t enough to keep Ash out of trouble, he also works tirelessly alongside his wife Danni doing his part for the environment on their Clean Up The Coast initiatives, whereby beach clean-ups are organised where Ash is on tour. Conscious of the impact of single use plastics, Ash and his wife created Earth Bottles, a range of re-usable products including drink bottles, coffee cups and straws. Recently, Ash launched his podcast, Soulful Conversations, which sees Ash talk to a range of inspiring and interesting people, including John Butler and Ziggy Alberts.

Ash Grunwald brings his unique storytelling and unleashes an avalanche of rhythmic fury on guitar, backed by his impeccable band, to Australia this October. His signature soul drenched vocals have the power to move mountains and create positive change. When purchasing tickets for the tour, fans will have the option to donate $4 to 15Trees, which will go directly towards planting a tree. Be sure to catch Ash in support of his new album Mojo throughout October.