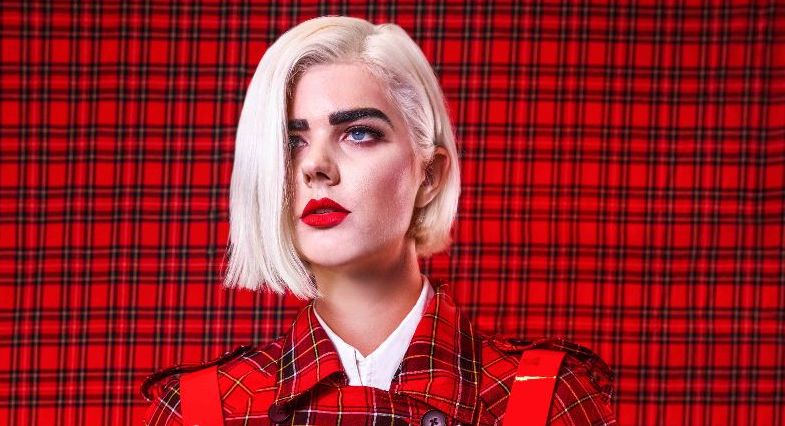 The long awaited debut album from Wollongong’s Bec Sandridge is out in the world today.

Independently released, TRY + SAVE ME sees Sandridge deep dive into topics of identity, anxiety, coming out, and takes a tongue in cheek look at her upbringing in a Pentecostal Christian household.

Of the release Sandridge says, I’m feeling incredibly proud to release my debut album TRY + SAVE ME independently! I never thought this moment would arrive + I feel incredibly proud. I’d like to dedicate this bad gal to my family, Kayla + Rin and to anyone who needs an ear.

Today also sees Sandridge and band commence their biggest national tour to date. Kicking off tonight at Brisbane’s The Foundry, visiting Hobart, Melbourne, Adelaide, Byron Bay and Sydney before wrapping up in her hometown of Wollongong at UniBar on November 8.

The album release comes with the news that Sandridge has inked a deal with UK/European booking agency ATC Live, who also represent the likes of Aldous Harding, Julia Jacklin and Mac De Marco amongst many others and will be heading over to tour Europe early in 2020.

‘TRY + SAVE ME’ features singles ‘ANIMAL’, ‘I’LL NEVER WANT A BF’, ‘EYES WIDE’ and most recent single ‘STRANGER’ which saw Sandridge team up with Tanzer to deliver a stunning accompanying video clip, of the collaboration Sandridge said “Tanzer has this beautiful ability to create the most stressful sexy nightmare that you could possibly imagine.”