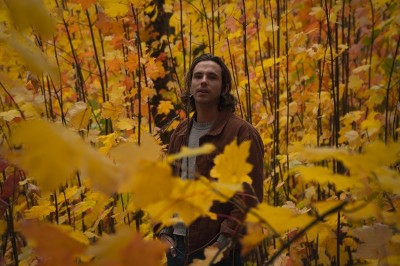 Announces the first installment of a new EP trilogy, in

It has been a busy year for Melbourne’s Ben Wright Smith. Since the release of his acclaimed single ‘Storm Boy’, the songwriter has been furiously working on ascending to the top of his next crowning achievement – the PSYCHOTROPICALtrilogy.

This new EP series will see Wright Smith releasing new music into next year, with the three EP’s culminating in a new album, to be released on vinyl in 2019. The first of the trilogy -PSYCHOTROPICAL- is a sonically rich collection of music that further expands on the radiant tones listeners heard on ‘Storm Boy’ in August.

Across four tracks, PSYCHOTROPICAL revels in strong songwriting and excellent recording and production quality, courtesy of David Turner SOUNDPARK (Courtney Barnett, Paul Kelly)  and Oscar Dawson THE AVIARY (Aley Lahey, Ali Barter). Having cut his teeth on London’s indie punk scene in 2005 and 2006, Turner’s production prowess as seen him work more recently with bands including Crepes and The Delta Riggs. Lead single ‘Everyone Wants What Is Mine’ saw Wright Smith reconnecting with Dawson, an effort that saw the songwriter’s already present musicality elevated on record.

As the song twists and weaves together textured guitar with Wright Smith’s enticing vocals,‘Everyone Wants What Is Mine’ marks another strong step forward and leads the listener into a vibrant and sonically rich playground of sounds that has formed PSYCHOTROPICAL. ‘This stuff I think breaks into a new level of honestly that I don’t think I’ve ever quite been able to grasp in the music I was making’ – Ben Wright Smith

Where ‘Storm Boy’ marked a stunning and vibrant return this year, PSYCHOTROPICAL stands tall as a promising new era for Wright Smith, particularly following his acclaimed 2017 debut album, THE GREAT DIVORCE. Singles ‘Sand Grabber’ and ‘No One’ chimed well with Triple J, with both being added to high rotation, while the latter earned an APRA Award nomination in the Blues & Roots category in 2016. The album propelled Wright Smith successfully onto the radars of fans in the United States, as it entered the Top 30 Charts and achieved high rotation on 30+ American College Radio stations, while at home, The Great Divorce received rotation on over 20 Australian radio stations.