News: Birdz shares latest single and lyric video for “On The Run” from Place of Dreams, out via Bad Apples Music

HomeNewsNews: Birdz shares latest single and lyric video for “On The Run” from Place of Dreams, out via Bad Apples Music
News 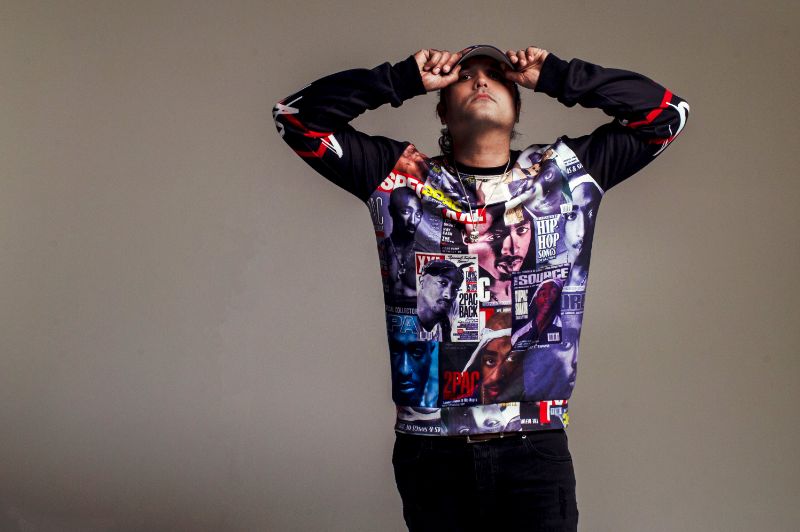 Having wowed crowds at his headline shows in Sydney and Melbourne last month, hip hop star on the rise Birdz returns today with his latest single & lyric video for “On The Run”, out via Bad Apples Music. The release arrives alongside the announcement of Birdz’ Place of Dreams EP to enter the world on Friday May 3rd, putting Bad Apples Music at the forefront of championing Aboriginal and Torres Strait Island musicians across the country.

Another incredible release from the NT raised, Melbourne based artist, “On The Run” signals Birdz branching further into his fusion of rap and singing, showcasing an effortless flow and captivating lyrical talent that speaks directly towards the social injustices affecting him and his community. Amongst the powerful beats and heavy hitting percussion Birdz’ fierce rap prowess is undeniable, firing off a commanding performance cultivated from his heritage. Birdz on the single:

“On The Run” is a direct response to those who relentlessly try and deny the truth about Australia’s history, and subsequently continue to suppress our voices today. Lest we forget.”
With the Place of Dreams EP announced for release in just a few short months, Birdz season is officially upon us. His last release “Place of Dreams” feat. Ecca Vandal made waves across the country, with Complex naming Birdz “one of the most exciting rappers in the Australian scene right now” In celebration of new the single and to treat fans to a taster of what’s to come, Birdz played his headline “Place of Dreams” shows in Melbourne and Sydney, performing with such fervent passion and technical mastery that leaves no doubt as to why he at the forefront of Australia’s future of hip hop.

Since drawing the nation’s attention with his 2017 debut album Train of Thought, Birdz garnered support from not only his peers but also via the airwaves of community radio, triple j and triple j unearthed for his unwavering passion and commitment to his craft. Awarded Best Independent Hip-Hop Album at the 2018 AIR Awards, Birdz has consistently found himself in the company of greatness, having shared stages with the likes of Briggs, Sampa The Great, Loyle Carner, The Funkoars, and Thundamentals, while also performing across renowned Australian festivals such as Woodford, Sprung Festival, The Hills Are Alive, St Kilda Festival, Groovin the Moo and 2018’s Bad Apples showcase at Melbourne’s CHANGES Music Industry Summit.

With a number of performances on the horizon and counting down to a highly anticipated EP, Birdz continues to impress and surpass expectations with every track he releases. An activist for change in his music and life, “On The Run” is no exception to the poignant and lyrically mesmerising music we have come to expect from Birdz.