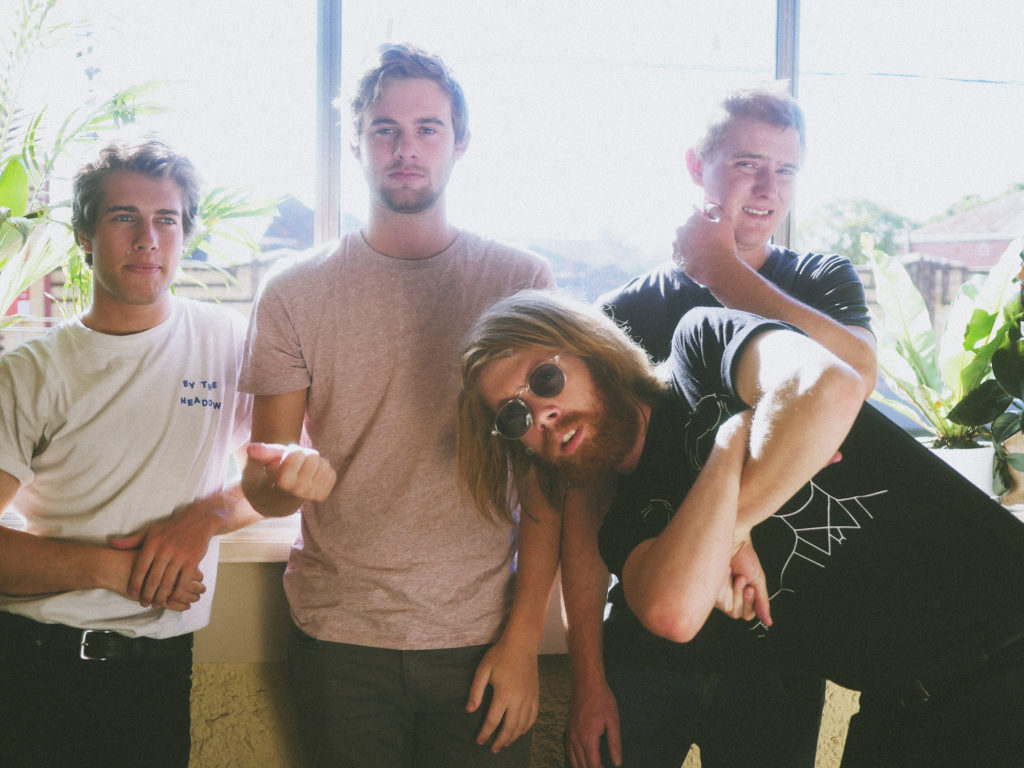 “There’s something The Attics are doing which have them straying right when everyone else is veering left. They take the higher ground and pull off something incredibly impressive and easily digestible. Ultramarine is a crowning achievement, and an exciting step-forward for the Melbourne indie-rockers.” – AAA Backstage

Victorian country West-siders turned suburban dwellers The Attics have been crafting their own brand of melt-in-your-mouth psych-pop since gracing the local scene with breakthrough singles ‘Not Like’ and ‘Bluffing’ back in 2016. Now with a debut album under their belt, the outfit are excited to reveal their latest woozy jangle with the hypnotic ‘Ultramarine’. Ahead of their upcoming single launch, the band have gifted fans with a montage-like clip for the track, as premiered on Pilerats, with the video revisiting the past year of writing, recording and touring comradery in a nostalgic video diary of sorts.

Entirely self-made and full of hand-held wobble, distorted light, fuzzy faces and epic scenery, the humble yet impressive video takes to the streets, the venues, and the studio in a behind-the-scene’s glimpse of a touring muso’s life. A fun-fuelled clip made as much for themselves as it is for fans, the video for ‘Ultramarine’ is the perfect visual accompaniment to The Attics’ warped, DIY channelling sound.

“The film clip for Ultramarine is almost a video diary for the last 12 months. It flits back and forward between where we’ve been since our album came out last year, to what we’re doing now, including our recent shows with Slum Sociable. It’s all pretty chaotic, which kind of echoes the sentiment of the song itself. Big shout out to Luke Wood and Adriana Barro who donated their footage to create this woozy documentary.” – The Attics

Throughout their prolific formative years, The Attics have shared stages with a generous spread of local Australian talent, opening for the likes of Ali Barter, Harts, Abbe May, The Pretty Littles, The Magic Bones and most recently Slum Sociable. With lead singer Cameron Wadethe brain behind boutique music festival By The Meadow, the outfit naturally appeared on its inaugural line-up and have since graced the international festival circuit at last year’s Indie Week Toronto. Along with bandmates Steven Mccoombe, Peter Angliss and brother Ben, the four-piece are a captivating live act that brings pulsating percussion, dreamy guitar hooks and a peppering of electronic elements to the fore with every performance.

The compelling force is thrilled to be joined by local legends Go Get Mum and Hobsons Bay Coast Guard when they launch ‘Ultramarine’ this week at The Grace Darling in Melbourne.