Prepare that discerning palette and dust off those dancing thongs – Crafted Beer & Cider Festival is only six weeks away! The final announcement of brews, music and food at the Gold Coast’s premier beer and cider event has arrived, and it’s truly beer-tiful.

Returning to Broadbeach for a second year, this day-long feast for the senses takes over Kurrawa Park in a daze of deliciousness on Saturday October 6. The festival has now expanded with additional breweries brand new to the event, cocktails, a pop-up spritz bar, cheese platters, more bands, comedy and beer yoga – all in a neatly sized, exclusive 18+ outdoor precinct.

Brewed fresh in Broadbeach, Japanese craft beers ‘Yoyogi’ from the team at Harajuku Gyoza will be making an appearance for the very first time and also in the mix are Pirate Life Brewing and Akasha Brewing Company from interstate. Crafted Festival is also proud to welcome Queensland locals Betoota Bitter to their extensive list of breweries. Launched and championed by the team at Australia’s most trusted news source, The Betoota Advocate, this drop is endorsed by even the most seasoned of beer drinkers.

As if there weren’t enough reasons to come along to Crafted Festival, there’s been two new additions to the thirst-quenching music line-up: Sydney’s Bootleg Rascal are no strangers to a festival stage, and are sure to get everyone moving with their chill-hop infused jams and infectious rhythms. And Gold Coast locals Peach Fur dish up a spicy mix of alternative and psych rock to keep crowds dancing well into the afternoon. They join an already impressive host of artists including Young Monks, San Mei, Rackett and Inigo as well as DJ sets from Beatniks Records. Dancing isn’t the only activity on the cards for punters at Crafted Festival. The man, the legend, comedian Aaron ‘Gocsy’ Gocs is hitting the Crafted Festival for a classic aussie stitch up and to provide some beer induced giggles. The comedy mastermind will also host a ping pong tournament and a brand new activity for Crafted Festival, Beer Yoga. Proving downward dogs and sun salutations are way more fun with a brew nearby, this afternoon activity will have everyone saying ‘Namaste and have another drink.’

Crafted Festival also welcomes for the very first time, Gold Coast institution The Cambus Wallace. These expert mixologists are sure to tantalise taste buds at Crafted Festival’s new Whiskey and Cocktail Bar. The best bubbly in the game is also back in the form of the Chandon S Spritz pop-up bar. Made from a blend of Chandon Sparkling and hand crafted orange bitters, Chandon S is a refreshingly unexpected twist on an old classic, and the perfect drink for sunset.

Good beer needs good beer-food. Right? The hardest part will be the decision of what to wash that tasting paddle down with. Punters can chomp their way through a huge selection of the best food trucks and gourmet treats from arancini balls to low and slow barbeque, pulled pork tacos and even delicious donuts for dessert. Plus there’s some brie-lliant cheese boards on offer from connoisseurs Abbiocco Pronto.

The full timetable for activities on the day will be announced very soon. With early bird tickets already sold out, final release tickets are now on sale and moving fast. Those with high ‘hops’ of getting a ticket are encouraged to get in early. This final lineup is now ‘lager’ than life. 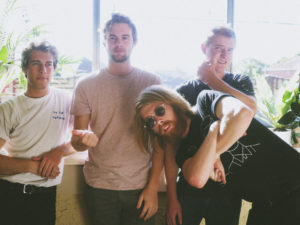 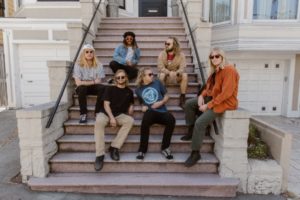