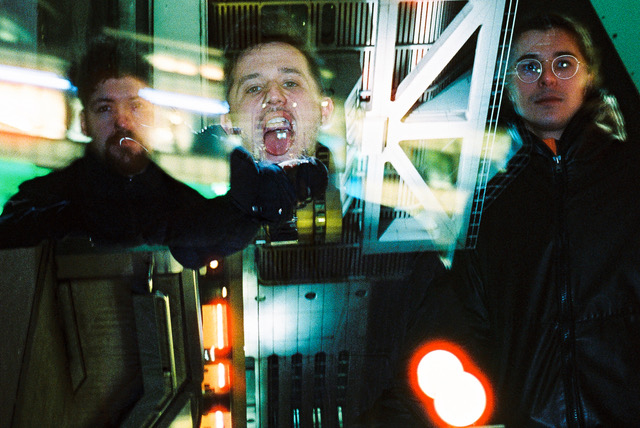 In a small Kreuzberg studio during the cold depths of Berlin winter, producer/vocalist BLVTH and production-duo TAIIME crafted their first collection of songs to be released as the ‘How To Delete Myself’ EP. Following on from the first two singles ‘Tokyo Run’ and ‘Police’, the EP is due for release on 15th June via Majestic Casual Records and features the new single ‘Temptation’.

The trio’s output of tracks are dark, grungy, and borderline anthemic pop songs, somewhere in the realm between retro-futurism, internet culture and post-genre electronics. There is no formula, or agenda to their music. It is a rare incidence where the pieces fit and the individuals unite to form a working team; a true collaboration.

Berlin based director and videographer Felix Aaron has created a futuristic world to embody the sound which the trio have created. His first work on ‘Tokyo Run’ set the stage in an alternative future, where the air outside is almost unbreathable and gangs supply the city with black market oxygen. His  interpretation on ‘Police’ follows the story through a neon soaked alternative future in which men gamble for fast money in illegal fist fights in the female ruled black market of Berlin’s Chinatown. Delivering a modern aesthetic with strong cinematography, both videos add flawless complement to the trio’s sound.

he ‘How To Delete Myself’ EP is out now via Majestic Casual Records
and features the new single ‘Temptation’.