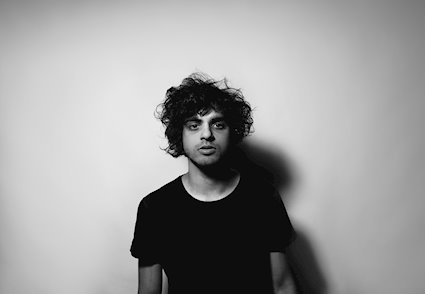 Australian songwriter, multi-instrumentalist and producer extraordinaire, Harts goes back to his bluesy, rock n’ roll roots on a brand new single released today, titled “Consciousness Of What You Think”.

The single is from a new upcoming album by Harts, different to the already planned 2018 album that features recent singles “Ain’t Nothin’ On Me” and “21&19”. Both new albums are due for release this year.

“I’ve always loved writing different styles of music and working on different songs simultaneously. I love all kinds of music and I love to create. This is a song about freedom. Feeling free to be who I want to be and create what I want to create.” – Darren Hart / Harts

2018 has already seen Harts land huge features such as playing guitar with Joey Badass for Triple J’s Like A Version and rocking 80,000 people at the MCG with Peking Duk for the NRL State Of Origin pre- game entertainment. He also wrapped up two huge sets at Bluesfest and just announced a brand new expanded live band for a special show at Howler in Melbourne on July 7th.

Harts is an incredibly diverse Artist, songwriter, producer and performer. Over the years his talents have earned him attention from artists like Questlove, Lenny Kravitz, Joey Badass and fellow Aussies Peking Duk as well as admiration and praise from Prince and the Jimi Hendrix Estate. He was also awarded Breakthrough Artist Of The Year at the 2016 GQ Australia Men Of The Year awards for his album “Smoke Fire Hope Desire”, which also landed him Triple J’s Album Of The Week feature.

‘CONSCIOUSNESS OF WHAT YOU THINK’ BY HARTS IS AVAILABLE NOW