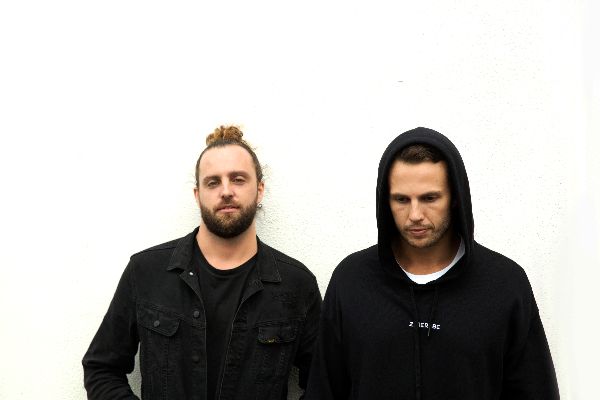 Sometimes songs take weeks, months or even years to come together. BOO Seeka’s ‘Millennium Drive’ is not one of those songs. It’s the most galvanizing release from the two dream-tronic beat makers and it materialized in just 15 minutes. Shifting away from the audible sphere circling the band since inception, ‘Millennium Drive’ packs a punch from start to finish and marks the second single from their forthcoming sophomore album .

“‘Millennium Drive’ is a song written off a release of frustration. BOO wrote the track as if he put on a pair of boxing gloves and let loose on the heavy bag,” say the band. Triggered in part by the legacy left by The Prodigy following Keith Flint’s passing, ‘Millennium Drive’ is an amalgamation of ideas and blurred lines. Combining BOO’s signature vocal over a myriad of drum-and-bass-like beats and climbing synth sounds, it’s a fiery three minute journey on a sonic highway.

Taking ‘Millennium Drive’ for a spin, BOO Seeka hit eleven locations in June and July ahead of the release of their second album – the follow up to 2017’s hugely successful debut, Never Too Soon. They’re joined on all ‘Millennium Drive’ Australian Tour shows by good friend and party starter TUKA.

Recently zooming past 50 million streams, BOO Seeka’s catalogue continues to dominate the collective consciousness. Lyrics to tracks like ‘Does This Last’, ‘Turn Up Your Light’, ‘Humans’ and ‘Deception Bay’ are now ingrained in the Australian indie music fan vernacular. Their unique sound has also been showcased internationally on stations such as KCRW (USA) and XFM in the UK.

Ever-improving their high energy live show, Ben ‘BOO’ Gumbleton and Mikey May are not overthinking things and don’t want audiences to either. They just want to be a vehicle for a good time as they unleash new songs on loyal followers and newly enamored fans. As BOO’s ‘Millennium Drive’ adage attests… ‘Let It Go’ seems to be the guiding principle.