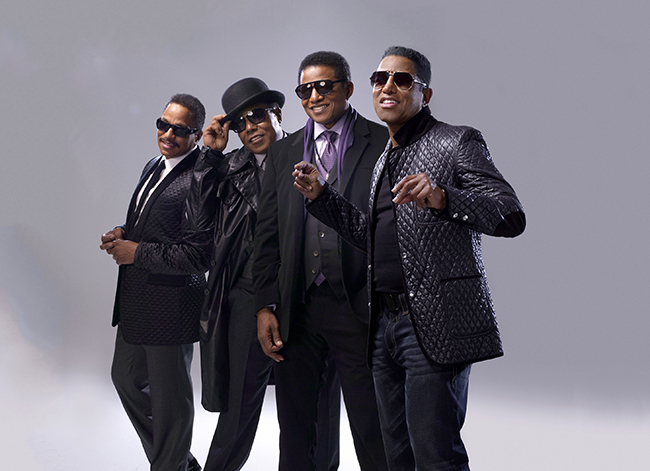 MJR Presents is pleased to announce the Sydney Summer Series, bringing the year’s biggest musical parties and the world’s biggest artists under the stars in Sydney’s Domainthroughout January this year.

To launch the series, Sydney welcomes the biggest icons of disco, together for the first time in what is sure to become the most talked-about concert line-up of the summer.

Rock n Roll Hall of Fame inductees The Jacksons, featuring original members Jermaine, Jackie, Tito and Marlon will lead the charge, playing the hits that started a dynasty including ‘Can You Feel It’, ‘Blame It On The Boogie’, ‘I’ll Be There’, ‘ABC’ and many more.

Kool & the Gang will keep the astounding playlist pumping with hits from throughout their five-decade career including ‘Celebration’, ‘Cherish’ and ‘Jungle Boogie’ while three-time Grammy winners The Pointer Sisters will bring their swag of party-starters including ‘I’m So Excited’, ‘Jump (For My Love)’, ‘Neutron Dance’, ‘Slow Hand’ and ‘Fire’ to delight generations of fans.

Village People, led by founding member Victor Willis will show why they are the kings of disco with their smash hits including ‘Macho Man’, ‘YMCA’, ‘In The Navy’, ‘Go West and ‘Can’t Stop the Music’.

Sister Sledge will bring the party with ‘We Are Family’ and ‘Lost In Music’ and ‘He’s The Greatest Dancer’, and Sounds of the Supremes will open the party, bringing the inspiration of disco to the stage with their greatest hits of the 60s and 70s.

Don’t miss this once-in-a-lifetime opportunity to see the kings and queens of disco together for one magic night under the stars.

If you’re SO EXCITED to SHAKE YOUR BODY DOWN TO THE GROUND at Sydney’s biggest summer CELEBRATION, then JUMP to grab your tickets when they go on sale
Tuesday 14 August at 10:00am AEST from